Twisters in Texas and Mississippi, floods in Arkansas, blizzards in Kansas 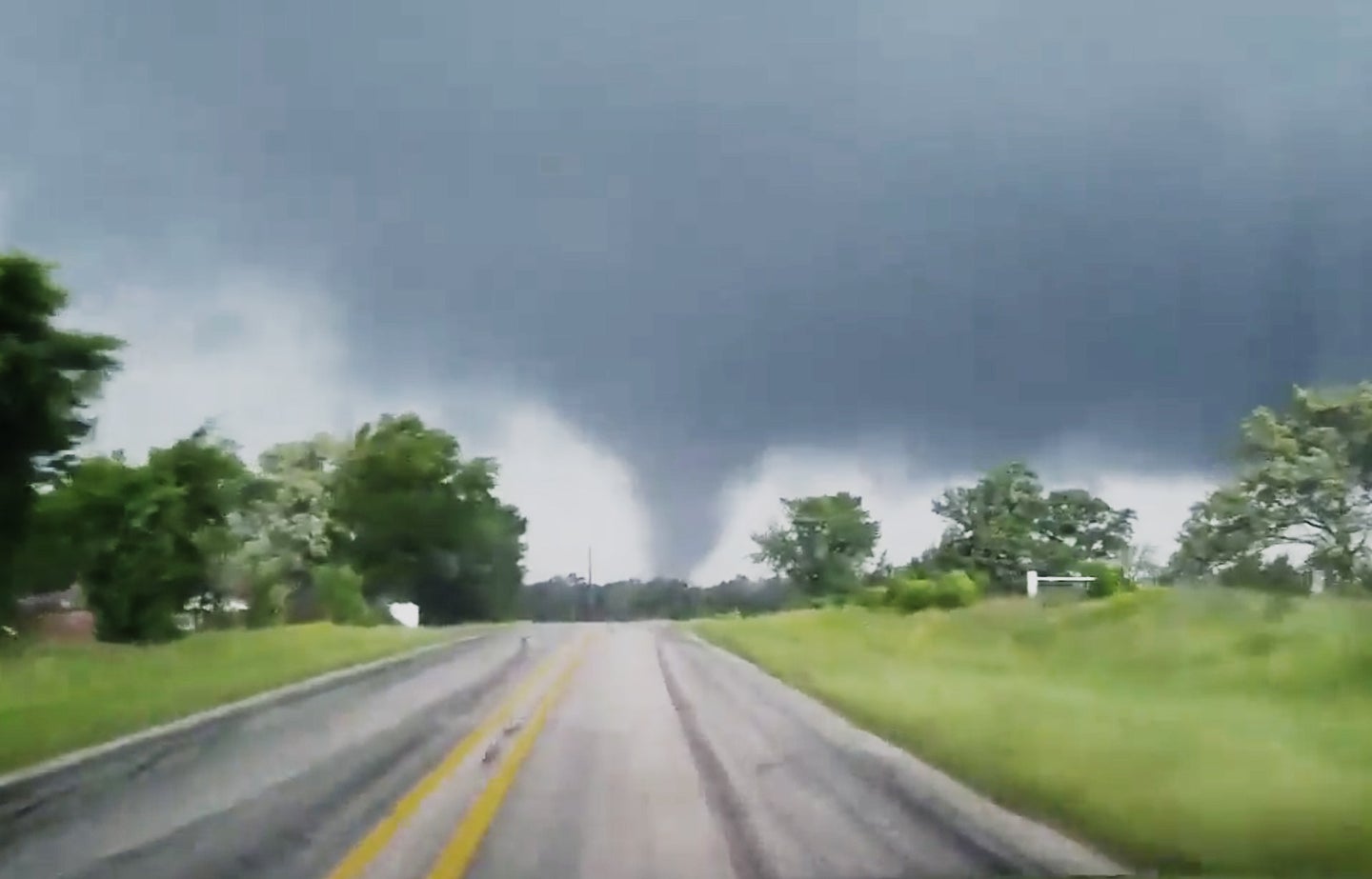 27 tornadoes slammed the United States over the weekend, killing 13 and injuring dozens of people caught up in a huge storm system that barreled through Texas, Mississippi, Missouri, Oklahoma, and Arkansas. The storm formed late Friday night and is still tracking east, expected to bring more rain and thunderstorms to parts of the northeast and mid-Atlantic on Monday afternoon.

This weekend, a low pressure system formed at the edge of the Rocky Mountains and travelled east. The storm sucked in warm, moist air as it passed near the Gulf, dramatically increasing its power. A high level of wind shear (variations in wind speed and direction as altitude increases) also helped twist the storms into the tornadoes seen in the southwest.

This created a massive line of thunderstorms that led to not just tornadoes, but also widespread flooding and an unseasonable blizzard in Kansas.

Patrick Marsh—a Warning Coordination Meteorologist with NOAA’s storm prediction Center—says the storm’s western side pulled in cold air from Canada, leading to over a foot of snow on the ground in Kansas. Wind speeds in the snowy part of the storm were still high, at speeds of over 70 miles per hour in some cases, driving snow into drifts of six to eight feet.

How bad was this?

Tornadoes are rated on the Enhanced-Fujita or EF scale, which derives the wind speed of the tornado based on the damage caused to trees or buildings along its path. The scale ranges from EF-0 (65 mph to 85 mph) to EF-5 (over 200 miles per hour)

So far, the most destructive tornadoes in this cluster came in at a ranking of EF-3, with winds of up to 165 mph. That could go up as emergency workers and experts continue to investigate the impacted area.

Tornadoes are off to a strong start this year, with funnels spotted in Washington D.C., Massachusetts, and Minnesota.

“Usually it moves north later in the season,” Columbia University’s Michael Tippett says. “But there’s nothing about the calendar that says ‘this is when you have tornadoes’. It’s all driven by the weather conditions.”

But the strong start doesn’t necessarily mean that we’re in for a banner year of tornadoes. Tippett analyzed the relationship between the number of tornadoes reported earlier in the season (from January to late April) and the overall number of hurricanes per year, and found no correlation. Unfortunately, we just don’t know what this year will bring in terms of storm activity.

Waking up to this tornado damage. The good news is this family survived

Because we don’t know what the rest of the year will bring, tornado experts encourage the public to stay vigilant and make an emergency plan for tornadoes sooner rather than later.

“Tornadoes can happen in any state on any day of the year,” Allen says, pointing out that we’ve even seen tornadoes on Christmas day. “The National Weather service isn’t kidding around when they issue tornado warnings or watches.”

But while it’s important to pay attention all year long, it’s especially vital to stay alert in the spring.

“Over the next one to two months, everywhere east of the Rocky Mountains will have the potential for tornadoes or severe thunderstorms at some point,” Marsh says. “Now is not the time to let your guard down.“