Mobile devices are changing the way we fight climate change. 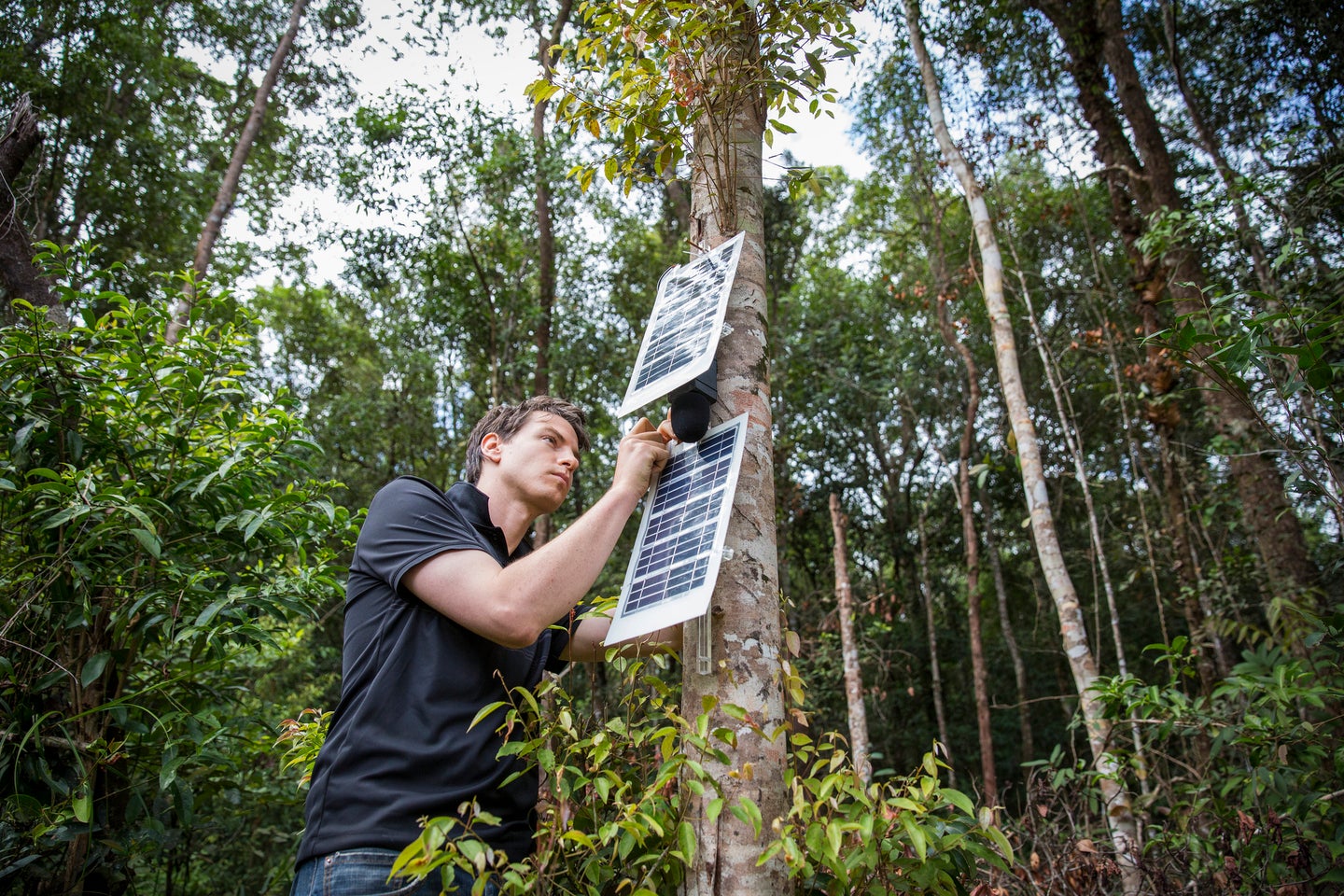 On a 2011 hike through the Indonesian rainforest, Topher White stumbled across a rogue logger cutting down a tree. The man was working just a short distance from the ranger station, but the din of chirping birds and buzzing insects obscured the sound of his chainsaw, keeping him hidden in plain sight.

This gave White an idea. The San Francisco-based engineer dreamt of a device that could listen for chainsaws and report their whereabouts to park authorities.

White, now 35, learned that parts of the rainforest boast remarkable mobile phone service. Cell towers abound, even where roads and power lines are scarce. Locals can make calls and send texts from the outskirts of the forests, where illicit loggers do their work.

On a subsequent trip to Indonesia, White installed a handful of cell phones around a gibbon reserve. The phones would notify park rangers when they heard the putter of chainsaws. Shortly after setting up the system, White received an email notification from one of his phones. He told the rangers, who followed the faint sound of a chainsaw through the woods. They caught a band of loggers in flagrante.

“In most cases, loggers and other offenders are operating under the assumption that they will not be detected or caught,” said White. “When they are, it greatly reduces the incentive to take the risks.”

Each cell phone is protected by a plastic case and powered by a small solar array. A highly sensitive microphone records the sounds of the rainforest, which is sent to the cloud to be analyzed. When it hears a chainsaw, it sends a text or email to authorities.

While experts have called for the use of drones and satellites to monitor illegal logging, these technologies generally don’t allow authorities to respond in real time. White’s listening devices notify rangers instantaneously and point them to the scene of the crime.