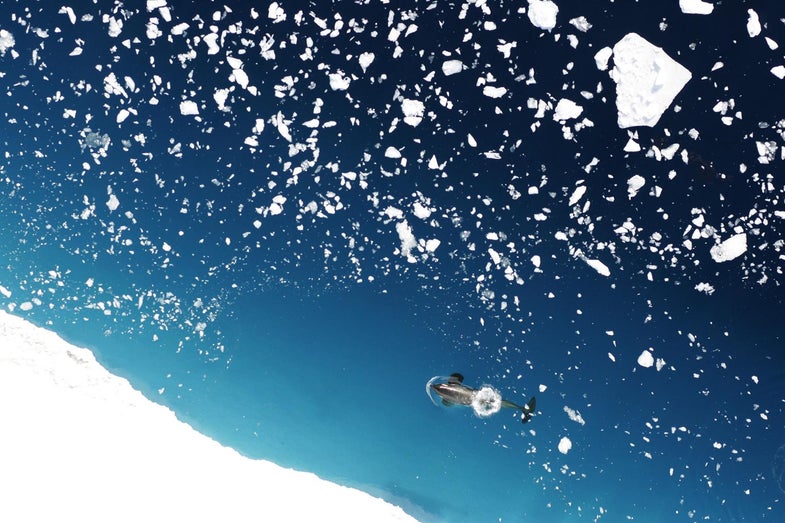 Climate scientists have worked hard for decades to prove climate change - why is the US House Committee on Science, Space and Technology working so hard not to believe them?. Donald LeRoi, NOAA Southwest Fisheries Science Center
SHARE

On Sunday February 5th, the U.S. House of Representatives Committee on Science, Space, and Technology published a press release alleging, based on questionable evidence, that the National Oceanic and Atmospheric Administration (NOAA) “manipulated climate records.”

The source of their evidence, according to Committee spokesperson Thea McDonalds, was a Daily Mail article. The Daily Mail is a British tabloid most famous for outlandish headlines such as “Is the Bum the New Side Boob” and “ISIS Chief executioner winning hearts with his rugged looks.” This is not the first time that the House Science Committee has used spurious evidence to dispute the existence of human-driven climate change.

The piece, which quotes John Bates—a scientist who NOAA once employed—challenges the data used in the famous 2015 Karl study. The study, named after Thomas R. Karl—the director of the NOAA’s Centers for Environmental Information (NCEI) and the paper’s lead author—was published in Science and debunked the notion of a climate “hiatus” or “cooling.”

The House Science Committee press release, which includes quotes from committee Chairman Lamar Smith as well as Darin Lahood (R-Ill) and Andy Biggs (R-Ariz), misrepresents a procedural disagreement as proof that human caused climate change is not occurring. It’s akin to pointing to a family argument as proof that they aren’t actually related.

“What the House Committee is trying to do, like they did in the past, is debunk the whole issue of global warming,” said Yochanan Kushnir, a Senior Scientist at the Lamont Doherty Earth Observatory.

At the center of the argument is contention over how NOAA maintains climate data records. Climate researchers receive grants to process and develop climate-related data sets. Once those data sets are fully developed, it becomes the responsibility of NOAA’s National Climactic Data Center (NCDC) to preserve, monitor, and update that data—which can sometimes be what data scientists refer to as messy.

“The problem,” said Kevin Trenberth a Distinguished Senior Scientist at the National Center for Atmospheric Research, “is that this is quite an arduous process, and can take a long time. And, of course NOAA doesn’t necessarily get an increase of funds to do this.”

Maintaining this data fell under the purview of Bates’ group, and it’s this data that he has taken issue with publicly.

Bates takes particular issue with the way Karl handled land temperature data in the Science study which addressed the so-called “climate hiatus.” Early analyses of global temperature trends during the first ten years of this century seemed to suggest that warming had slowed down. Climate change doubters used this analysis to support their belief that—despite climatological data which includes 800,000 year ice-core records of atmospheric carbon dioxide—humans have not affected the atmosphere by releasing billions of tons of carbon dioxide per year.

“His primary complaint seems to be that when researchers at NOAA published this paper in Science, while they used a fully developed and vetted ocean temperature product, they used an experimental land temperature product,” said Zeke Hausfather, an energy systems analyst and environmental economist with Berkeley Earth. Because climate data comes from a number of different sources, methods of handling that data go through a vetting process that ultimately dictates the use of one for the official government temperature product. That can mean controlling for known defects in the devices that gather climate data or figuring out the best way to put them together. The product that Karl used for land temperature data hadn’t finished that process.

“That said,” said Hausfather, “the land temperature data they used in the paper is certainly up to the standards of an experimental or research product.”

So what does that mean for those of us on the outside?

The record data that Bates takes umbrage with showed roughly the same amount of warming as the old record. And the evidence that the Karl paper cites as to why there’s no hiatus is based on ocean temperatures—not land. A government source who does not wish to be named emphasized that there is no evidence or even a credible suggestion that NOAA falsified data in the Karl et al (K15) study. And even if Bates’ critiques were valid—and given that this methodology, after much peer review, is now the default way that NOAA calculates land temperatures, his complaints seem problematic—it doesn’t upend the study’s conclusion.

“People should be aware of the fact that there are different groups that analyze the data,” said Kushnir. “if you look at all of the sources together you get a bigger, more reliable picture of what’s happening. There’s the Hadley Center from the UK meteorology office that puts together a data set of global mean temperatures, there’s NASA, NOAA, then there’s the Berkeley group and the Japanese who have their own way of putting information together.”

The Karl paper is also not the only one to tackle the hiatus. Studies in Nature by Stephan Lewandowsky of the Cabot Institute University of Bristol, and this one in the journal Climate Change by Bala Rajaratnam of Stanford University, all say the same thing.

The Karl study’s high profile, however, has made it a frequent target for criticism.

“The whole issue of this hiatus issue was discussed quite heavily in science,” said Kushnir. “And as scientists we understand what happened in this long period.”

But that isn’t even Bates’ complaint, as the House Committee would imply—his complaint is that the data wasn’t vetted heavily enough.

“I interpret a key part of the issue,” said Trenberth, “as, how deep do you go and how far into the research do you go for one particular data set, as opposed to moving onto the next data set and getting that into a much better state than it would have been otherwise.”

Trenberth points to a backlog of data that hasn’t yet been released or updated, pressuring NOAA to focus on volume over perfection. If this sounds to you like an argument for more funding for climate change research instead of less, you’re not alone.

“Recommendations about doing these things have been made, but they’ve never been adequately funded. So we muddle along,” said Trenberth. “And Lamar smith under the house has been responsible for some of this, because they actually cut the funding to enable NOAA to properly deal with and process the data by 30 percent in 2012. So the ability to do this properly has actually been compromised by the House Science Committee and by Lamar Smith in particular.”

The current administration has talked a lot about the “politicization of science.” Meanwhile on the House Committee’s website, Representative Smith states that Bates has exposed the “previous administration’s efforts to push their costly climate agenda at the expense of scientific integrity.” With the House Committee misrepresenting both Bates’ complaint and the overarching scientific consensus, it does indeed seem that the politicization of science is a problem the administration needs to deal with.