How you contribute to global warming depends a lot on where you live. 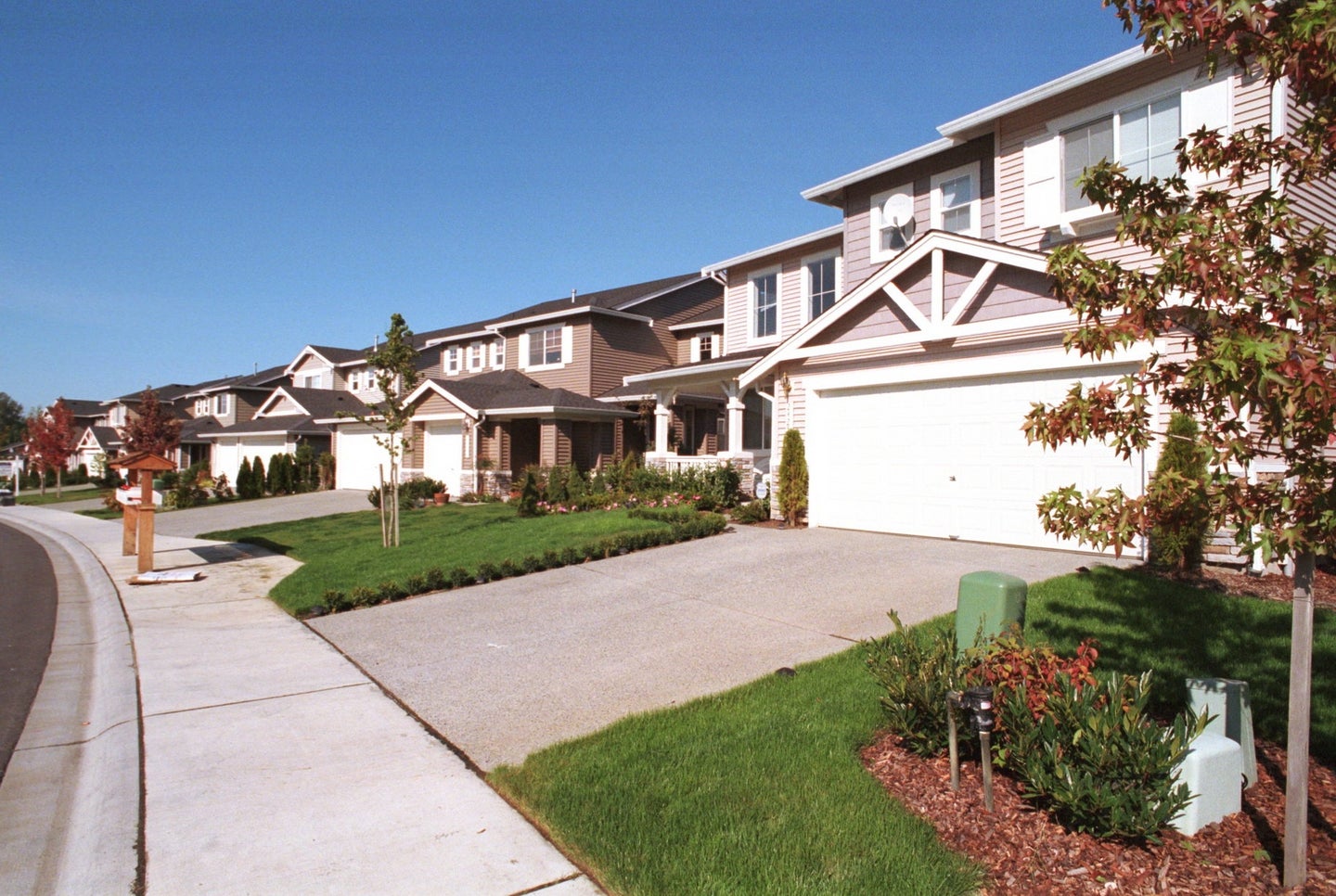 Congrats, city-dwellers! Your carbon footprint is just half the size of the national average. But… too bad, all the suburbs surrounding your city cancel out the effects of your greener lifestyle. At worst, households in the suburbs emit four times the amount of carbon as households in cities do.

These numbers come from new, detailed carbon-footprint calculations for U.S. counties, made by two energy and resources researchers at the University of California, Berkeley. The researchers published their work in a new paper, but also made some cool online tools to let you compare your carbon use to your neighbors’ to your heart’s content. For example, let’s compare the average carbon emissions for a household in Diamond Bar in southern California and one in Indianapolis: 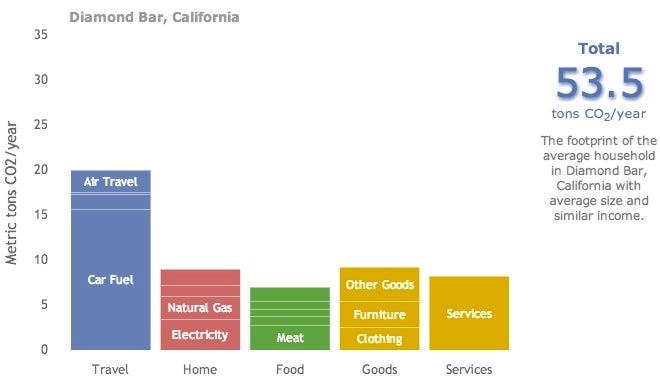 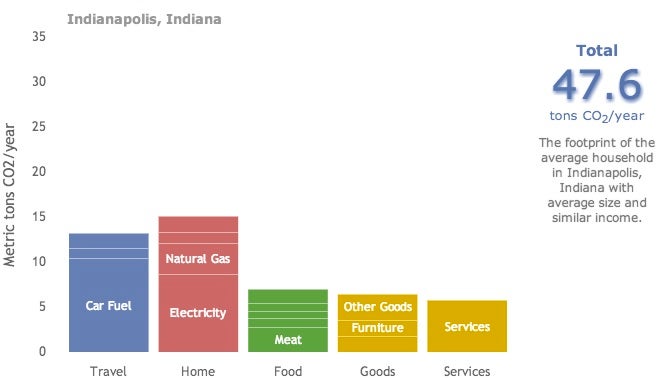 “The goal of the project is to help cities better understand the primary drivers of household carbon footprints in each location,” David Kammen, one of the carbon-footprint calculators, said in a statement. “We hope cities will use this information to begin to create highly tailored climate action plans for their communities.” If different American cities emit carbon in wildly different ways, the thinking goes, then different cities should do different things in an effort to reduce their emissions and stall global warming.

Kammen and his colleague Christopher Jones’ work also suggests that it’s the suburbs that need the most work in America. Suburbanites have bigger houses and own cars, which contribute to their carbon output. They also tend to have higher incomes, which is associated with greater emissions. But Kammen has solutions, too, based on his research. “Suburbs are excellent candidates for a combination of solar photovoltaic systems, electric vehicles and energy-efficient technologies,” he said.

Curious about your own household’s footprint? You can calculate it, roughly, on Berkeley’s Cool Climate Network site. Don’t miss the calculator for figuring out how many tons of carbon you would save a year for doing things like riding a bike or switching to compact fluorescent light bulbs. You can also check out a map of the carbon emissions of counties throughout the contiguous United States, and see the city-suburb emissions effect at work.

Kammen and Jones published their work in the journal Environmental Science & Technology.