Whitening The Arctic Ocean Won’t Save The Planet

Time to look for a Plan C 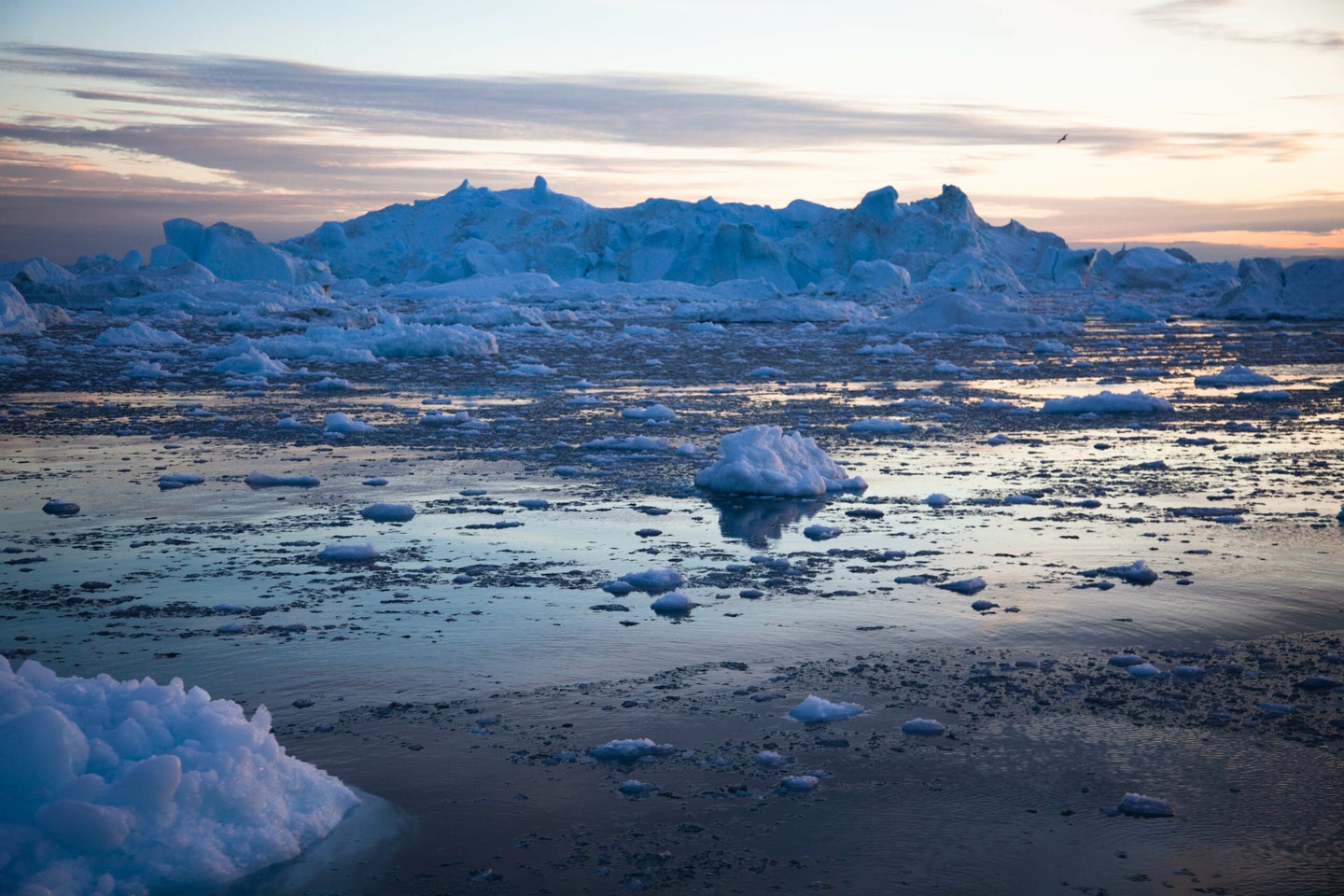 On top of droughts, rising sea levels, and all the other terrible, horrible, no good, very bad environmental news out there, melting permafrost is one of the worst climate change impacts that scientists anticipate. The frozen soil stores a vast reserve of greenhouse gases, including methane and carbon dioxide. A warming Earth is causing that soil to thaw and release those gases, pushing global temperatures to new heights.

That’s why researchers are looking for ways to keep the permafrost permanent. Advocates have pushed for geoengineering solutions, hoping to cool down the planet to a reasonable status quo. Some have even suggested whitening the Arctic Ocean to reflect sunlight back into space, to grow sea ice and keep the region cool. The whitening method varies, but suggestions include seeding the oceans with granular, reflective particles or injecting a lot of bubbles into the water.

Now, a study published in Environmental Research Letters shows that making the Arctic Ocean brighter and whiter (if we could invent a way to do it) wouldn’t actually help stabilize the climate. Computer models showed what would happen with a whiter ocean in an environment that was warmer than what we experience today (essentially, our not-so-distant future), and found that the whiter ocean would help sea ice grow, but it wouldn’t change overall temperatures enough to keep the permafrost frozen, and it could have negative effects on local wildlife if used on a large scale.

“Simply put, our results indicate that whitening the surface of the Arctic Ocean would not be an effective tool for offsetting the effects of climate change caused by atmospheric greenhouse gas,” author Ken Caldeira said in a press release. “Furthermore, it is not clear to me that there is a technologically feasible way of actually doing this, and even if you could do it, the direct negative consequences of reducing the amount of sunlight available to marine ecosystems could be huge.”