This Lab Can Create Category 5 Hurricanes 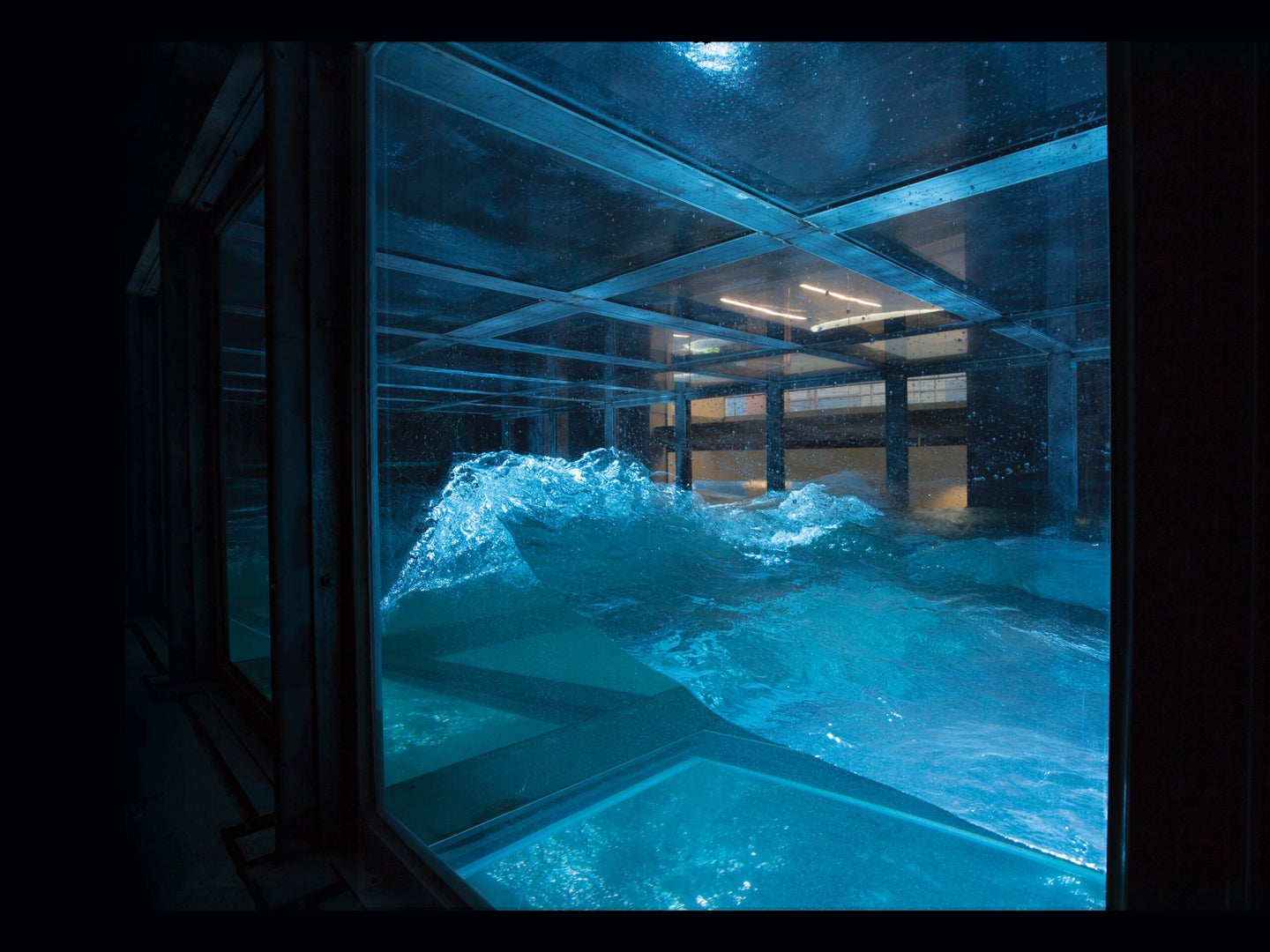 New York City is now expected to experience a flood on par with that of Hurricane Sandy every 130 years. That’s up from once every 3,000 years.

To better understand and prepare for these kinds of cataclysmic storms, the University of Miami just opened a $45 million lab, and at its heart sits a hurricane-simulator called SUSTAIN (SUrge-STructure-Atmosphere INteraction—a tortured acronym, to be sure).

The 75-foot, 30,000-gallon acrylic tank can be filled with salt or fresh water. Using a 1,700-horsepower fan and a 12-paddle wave generator, scientists can stir up an infinite variety of waves. “We can create the equivalent of a hurricane with winds over 200 miles per hour,” says oceanographer Brian Haus, SUSTAIN’s director. “That’s an off-the-charts Category 5.”

The SUSTAIN lab re-creates historic storms and uses sensors to measure their wind velocity and wave dynamics. It can then alter them to model future storms and fine-tune forecasts and the resulting evacuation plans. “You’ll deal with a Category 4 storm a hell of a lot differently than you would a Category 1,” Haus says.

The Power of Sea Spray

Sea spray might actually fuel a storm. When it explodes off the ocean’s surface, sea spray evaporates and transfers heat from the water to the atmosphere. This could affect wind friction on the surface of the water, which might change a storm’s intensity; scientists don’t know. “It’s difficult to measure spray, especially during a hurricane,” Haus says. Instead, SUSTAIN uses optical imaging to see how the spray interacts with wind gusts, which could improve hurricane-intensity forecasts.

As sunset seekers buy up ever more high-risk coastal real estate, SUSTAIN plans to test how model houses and bridges will hold up in a storm. This will help civil engineers design structures that are both more resilient and economical. “Of course you can build a poured-concrete home with 4-foot-thick walls 20 feet in the air,” Haus says, “but who can afford that?”

In the lab, researchers also plan to track how carbon dioxide moves from the ocean to the atmosphere in order to improve climate models. Soon, the SUSTAIN team will launch 1,000 drifters—floating devices that gather data on currents as well as turbulence and wind— in the Gulf of Mexico. The goal is to see how oil moves on ocean surfaces so scientists can better predict the effects of future spills and clean them up.

See the lab in action:

Video courtesy of SUSTAIN/University of Miami

This article was originally published in the January/February 2016 issue of Popular Science, under the title “Hurricane in a Box—Just Add Water.”