The Rio Grande silvery minnow represents a river system that no longer has enough water for everyone's needs. 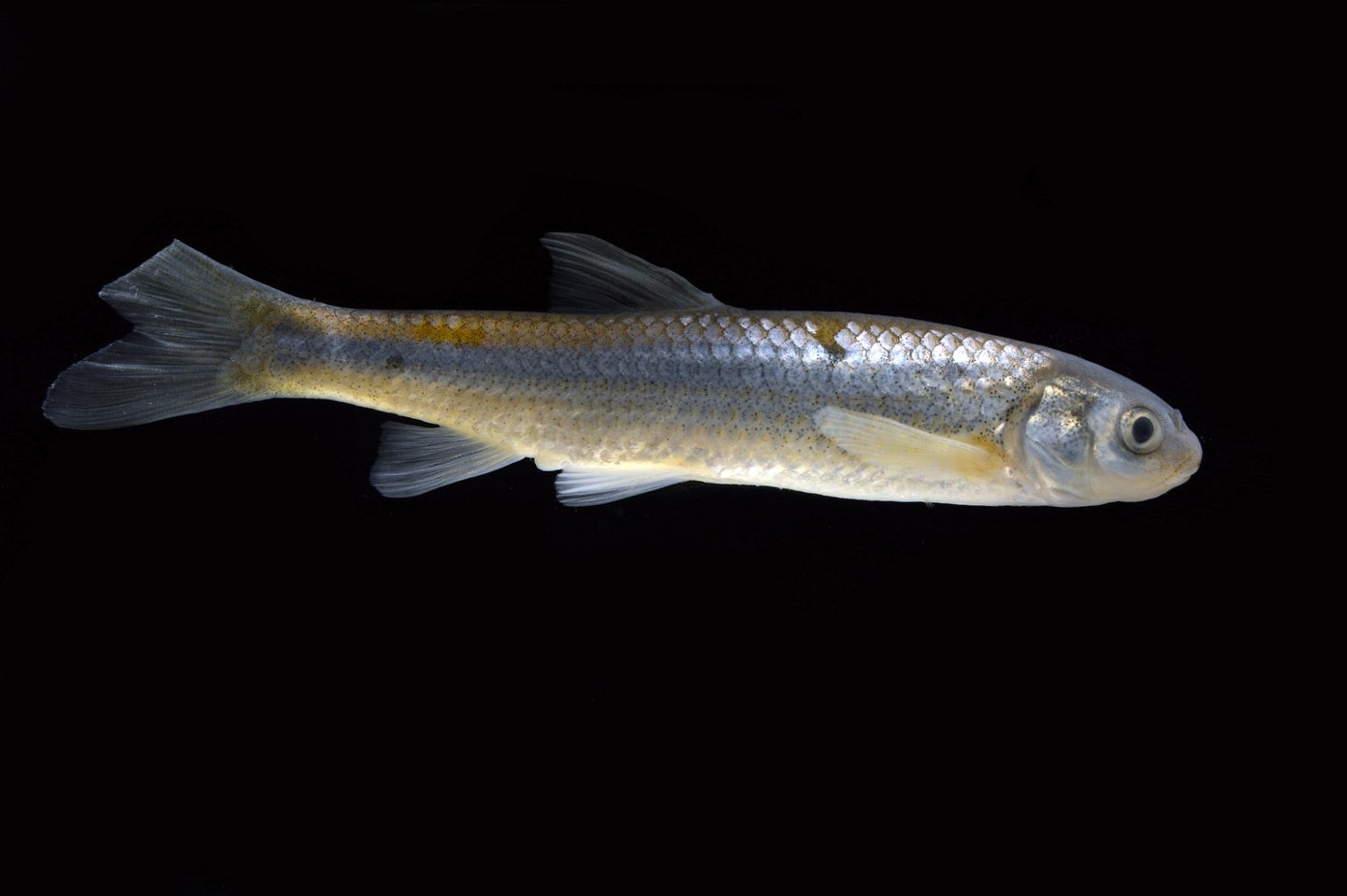 The future looks rocky for the Rio Grande river and one of its most endangered fishes. USFWS
SHARE

How do you keep a fish alive without water?

This contradictory question is the reality that Thomas Archdeacon, a fish biologist with the New Mexico Fish and Wildlife Conservation Office, is having to ask himself more often each summer. The Rio Grande river typically runs low between monsoon rains, and for decades, dams have left stretches of the river in southeastern New Mexico dry during the summer irrigation season. But this year, the river dried up completely where it runs through Albuquerque, New Mexico, for the first time since the 1980s. The development doesn’t bode well for the subject of his research, the Rio Grande silvery minnow.

“This is the new normal, the new floor,” says Archdeacon.

The endangered fish, an unmarked strip of silver small enough to fit in the palm of your hand, used to have a range that tracked the river through Colorado, New Mexico, and Texas. Now, the species is only found on short stretches north and south of where it flows through Albuquerque, thanks to habitat loss, warmer water temperatures, and disruptions to historic flow patterns as dams were constructed and channels narrowed for irrigation. Before this summer, carefully managed releases from upstream reservoirs meant that that the northern length of river could usually be counted on to have running water at most times.

But that wasn’t the case this year, due to what that Archdeacon calls a “perfect storm” of disruptions to the river’s flow. Besides the pulse from the reservoirs arriving too early, repairs to the El Vado Dam upstream meant that the water usually held throughout the summer to tide the system over during dry spells wasn’t available. A disputed water agreement between the governments of New Mexico and Texas is putting even more strain on the limited supply.

At the end of July, technicians from the New Mexico Fish and Wildlife Conservation Office were running nets through the small, shallow pools left in the river bed. They were trying to scoop up the silvery minnows stranded in the standing water to relocate them upstream, where there was still enough moisture to tide them over until the next rain. “It’s not a long-term solution,” says Archdeacon, whose research has found that the rescued fish have a very low survival rate even once they’ve been moved to somewhere with more water. “You can’t get the fish to live because they are really stressed out before the pools begin to form. They’re crowded and too warm.”

The total loss of their habitat for days between summer monsoon rains isn’t the only threat to the minnow’s persistence. To reproduce, they depend on a surge of water in the spring when the snowpack melts, which triggers the females to release their eggs. The males release sperm into the high water at the same time, fertilizing the eggs.

But for decades, rising average temperatures from climate change have been melting the snowpack progressively earlier in the year, so the springtime surge rushes down the Rio Grande before the minnows are ready to release their eggs. State officials responsible for stewarding the species can create an artificial one with the dams used to regulate the river’s flow to prompt the fish to spawn. This year, though, their efforts yielded only a single egg, nowhere near the 10,000-egg minimum needed to make the effort worthwhile.

As a backup, hatcheries run by state and federal conservation agencies collect eggs from the river in the spring, raise them, and then release the minnows into the river in the fall or winter when it’s flowing consistently. “If this happens again, if this happens next year, it’d be a big problem,” says Archdeacon. The hatchery has enough eggs and fish to weather a bad year or two, but if they aren’t able to collect any next year, they’ll be hard-pressed to boost the silvery minnow population with genetically diverse, captive adults.

The main thing the fish need to survive is more water, a seemingly simple proposition that becomes incredibly complicated with Western water politics. The Southwest is undeniably growing more arid, but the periods of intermittent drying imperiling the silvery minnow are due to decisions to release reservoirs on a schedule that prioritizes the needs of farmers and other human users.

Tricia Snyder, the interim Wild Rivers Program Director for the conservation nonprofit WildEarth Guardians, says that it’s time for a “reckoning in the West” over water use. “We have an over-allocated system here on the Rio Grande, with every drop and then some promised to somebody.”

Last year, WildEarth Guardians published an intent to sue local and federal officials with a role in managing the Rio Grande, saying water governance planning didn’t adequately take endangered species into account. They haven’t had to file an actual lawsuit yet, as the announcement brought the necessary leaders to the table for conversation.

“We’re really hopeful that we can find some workable solutions,” says Snyder. “The intent here is that we create a water management system that accounts for all water uses, including plant and wildlife communities. When we make the ecosystem better for endangered species, we make it better for everyone.”

In the meantime, scientists like Archdeacon will have to keep scooping minnows out of the parched river, trying to keep a Rio Grande fish alive without the Rio Grande.