Why the North American monsoon is unlike any other

Researchers find that the jet stream and the mountains help feed the seasonal rainfall in the American Southwest. 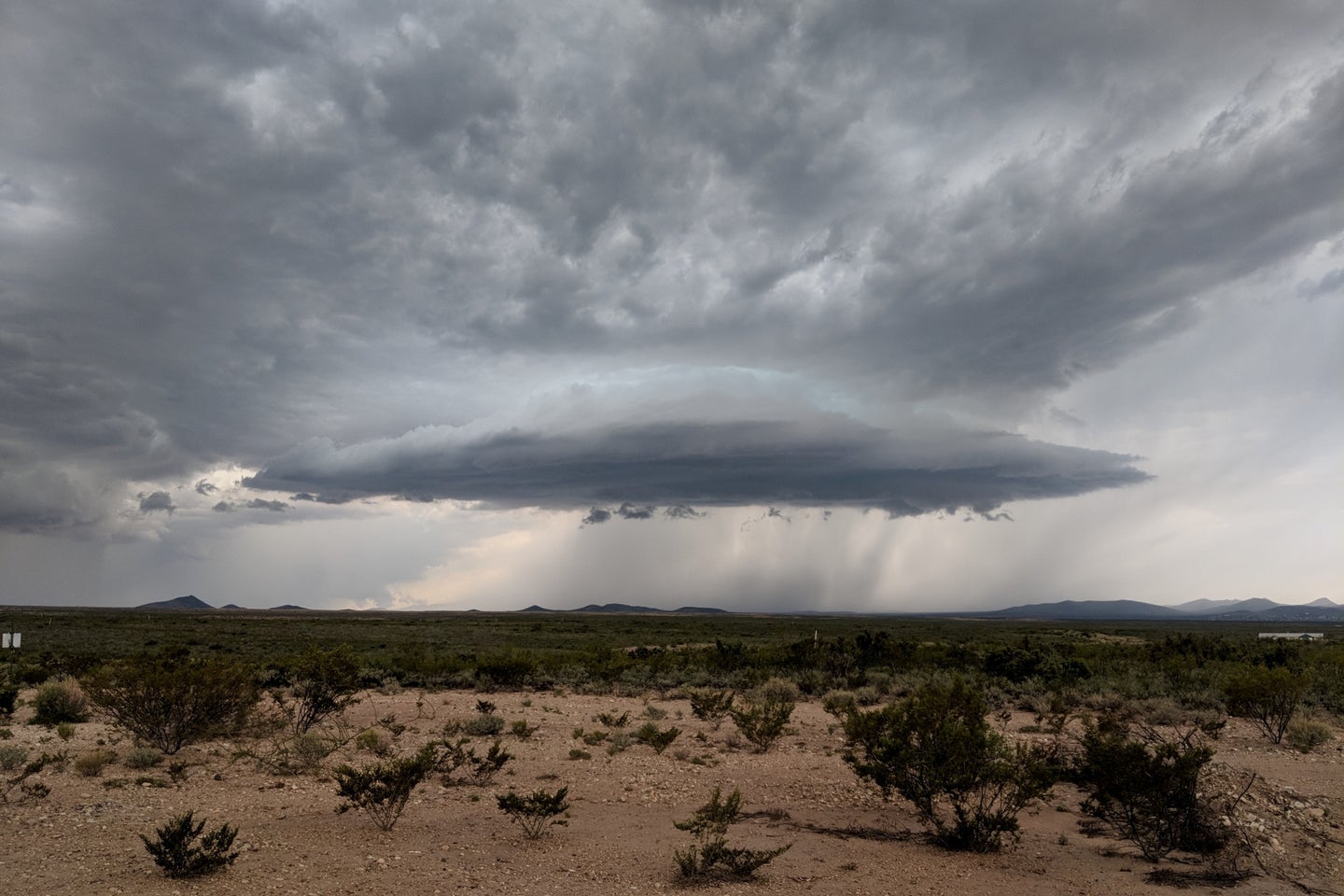 The North American monsoon brings regular thunderstorms over the expanse of the American southwest and Mexico, including over the deserts near Tombstone, Arizona. Jorge Duarte (distributed via imaggeo.egu.eu)
SHARE

Every continent except for Antarctica experiences seasonal rainfall events known as monsoons. Among the six yearly global monsoons, one of them is a bit of a problem child—North America’s. The watery weather typically hits Mexico and the American Southwest around summertime, delivering nourishing rains for agriculture alongside threats of flash floods and violent winds.

“The North American monsoon has always been a little bit strange,” says William Boos, an atmospheric scientist at the University of California, Berkeley and the Lawrence Berkeley National Laboratory (LBNL). It spans a smaller geographical area than the range of its mighty cousins in Asia and Africa. The North American monsoon is also weaker in rainfall, and its cyclical flip in the wind patterns is not as pronounced compared to the other monsoons around the world. “People haven’t quite known what to make of it,” Boos adds.

[Related: The planet’s water cycle is changing rapidly. Here’s what that means for us.]

Recently, scientists have unraveled the mystique of the world’s most misunderstood monsoon. A team of researchers led by Boos discovered that what drives the North American monsoon isn’t a difference in temperatures, which fuel the other five monsoons, but topography. The researchers published their findings last November in the journal Nature.

A typical monsoon kicks in during the summer when the land becomes hotter than the ocean. Cooler winds rush in from the seas, carrying with them moisture that will eventually torrent over the terrain.

Boos’s team found that the recurring rains across the swath of the continent’s southernmost corners are instead triggered by the Sierra Madres and nearby mountains. As the moisture-rich jet stream streaks from west to east over the North American continent, a portion of it funnels along the mountain range’s continuous strip of higher elevation towards the south. The Sierra mountains force the wet air up into the atmosphere where the water vapor condenses into rain, thereby kickstarting the monsoon.

The American Southwest is uniquely suited for brewing up an eccentric monsoon, thanks to its mountains’ proximity to the warm Pacific Ocean, which stretches from Earth’s upper hemisphere all the way to the equator.

“It’s a new perspective on what ultimately causes the North American monsoon,” says Isla Simpson, a climate scientist at the US National Center for Atmospheric Research in Boulder, Colorado who wasn’t involved in the study. “[The researchers] pretty convincingly show the importance of the topography.”

This monsoon mechanism has long eluded scientists who attempted to model the phenomenon on their computers. For a mountain range, the Sierras are quite narrow, so low resolution computer models aren’t precise enough to capture their topographical features in order to simulate their meteorological impact. It takes a supercomputer to construct an intricate model that includes the Sierras’ relatively gaunt features.

Boos’s team leveraged the computational resources at LBNL’s National Energy Research Scientific Computing Center to reproduce the lay of the land with extremely fine resolution. Running the calculations took the researchers five million computer hours—equivalent to a supercomputer processor working for five million hours, or five million processors operating for an hour—spread over the course of around six months. When the researchers flattened the mountains in their simulations, they weren’t able to recreate the intensity of the real-life North American monsoon, even if they cranked up the land-ocean heating contrast that spurs other monsoons in the rest of the world. Without the Sierra Madres, “the rainfall in the North American monsoon is almost entirely wiped out,” says Boos.

The results are crucial for demystifying the climate patterns that govern the hydrology of the American Southwest. The monsoon is a key source of water, bringing in over half of the total precipitation for the region each year. The reaches of its territory extend all the way to California, where lightning strikes from its storms may trigger forest fires.

[Related: People are moving into risky flood zones—but they may not have a choice]

A clearer grasp on this present-day phenomenon may also shed light on the past. “That link between the jet stream and the topography just opens up a whole new kind of way to assess the North American Monsoon,” says Arianna Varuolo-Clarke, a climate scientist at Columbia University, New York who didn’t participate in the study. She’s curious whether the new research can be used to explain how the monsoon has evolved. “Historical records, and even some paleo records of the jet stream could maybe be [revisited] to get a better understanding of the historical variations in this monsoon system,” she says.

Perhaps most importantly, the study may help researchers to predict water distribution in the American Southwest in the years to come.

Scientists aren’t yet sure how the North American Monsoon might shift as the climate changes. Identifying its key drivers such as the jet stream is the first step towards assessing the climate patterns’ vulnerability. “With this new understanding of the basic physics of the system, we might be able to say something more definitive about what will happen,” says Boos.

To the residents in the Southwest, the monsoon has always run like clockwork—steadfastly ushering in the afternoon storms during the height of summer. Nailing down what makes it tick will allow researchers to predict its fate, including whether its regularity might disappear in the face of the planet’s irresistible warming.