It’s time to assess water priorities in the American West and across the globe. 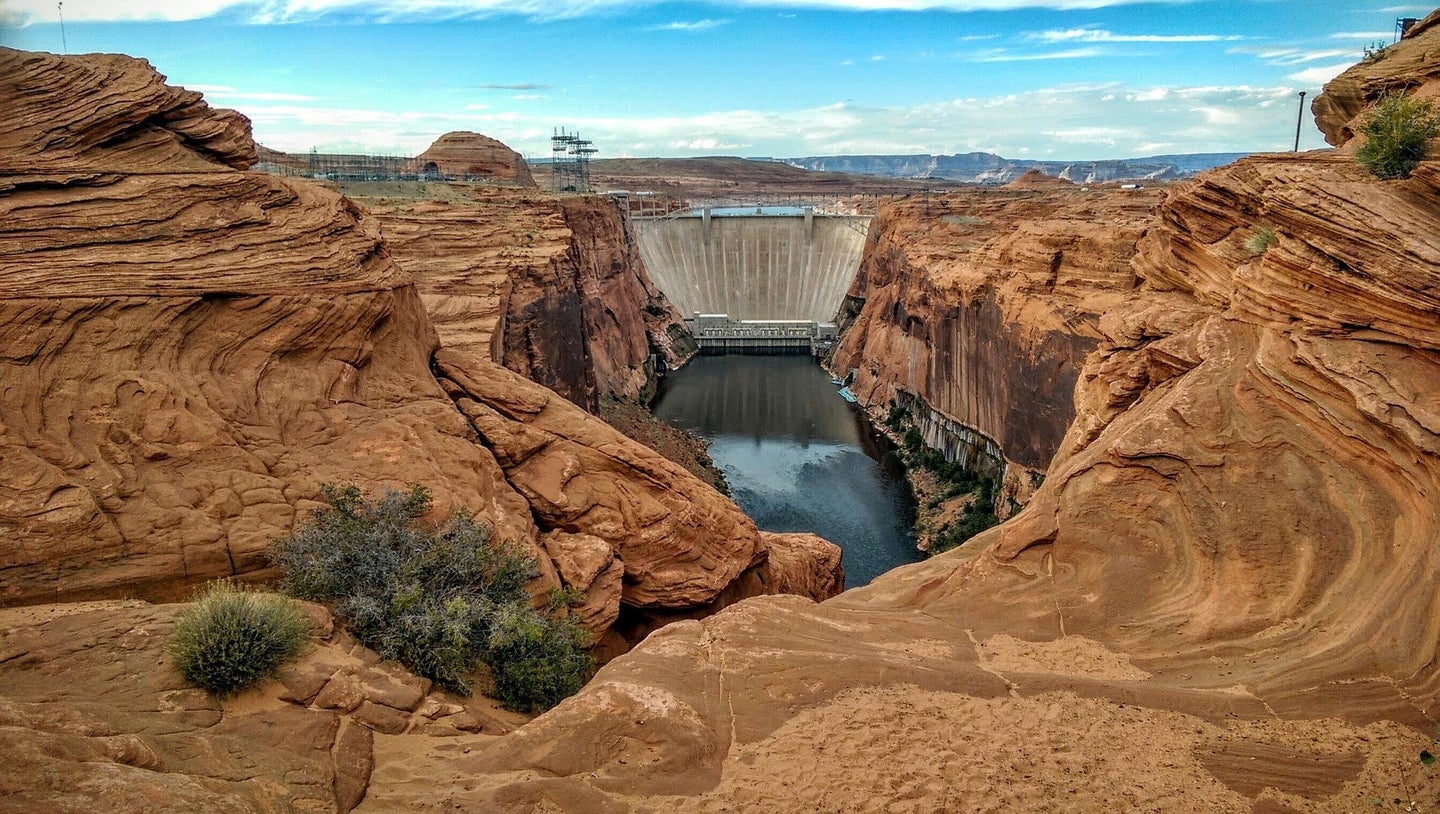 The entire point of renewable energy is that it comes from a source we can’t use up. Just take solar and wind—the sun won’t stop shining, nor will the wind stop blowing. (If they did, we’d have much bigger problems than figuring out how to power our appliances.) As long as we set up these energy technologies where nature can do its best work, sources like solar and wind give us functionally limitless power without the atmosphere-warming greenhouse gasses emitted by fossil fuels.

But some renewable energies are a little bit trickier—and climate change could make our favorite renewable resources a lot harder to harness. A recent uptick in droughts shows us just how devastating this could be for our use of hydropower.

You can theoretically harness the kinetic energy of rushing or falling water without using up the water itself, so it’s not a limited power source like fossil fuel. In 2021, it generated about 260 billion kilowatt hours (kWh) of electricity in the US, which amounted to around 6.3 percent of the country’s total utility-scale output. It’s the second-most used renewable energy source across the country, and produces more than twice as much power as solar.

“Hydropower is a really essential part of the renewable energy portfolio for this region and for many regions around the world,” says Dave White, director of Arizona State University’s Global Institute of Sustainability and Innovation.

But the required dams can have a negative impact on the environment. Closing off lakes and reservoirs can hurt aquatic life, and can even lead to an uptick in greenhouse gas emissions by trapping plants and other organic materials as they decompose.

It also requires a fair bit of water in one place—which is becoming a problem in the age of climate change. We’re already seeing this happen on the West Coast, but as droughts get more dramatic across different corners of the world, the future of how we manage water for drinking, agriculture, and hydroelectric power will eventually need to shift.

“Without planning and investment, a hellscape will be upon us,” says Rich Sorkin, CEO of climate risk analytics firm Jupiter.

The hydropower dilemma at Lake Powell

The Western US is currently experiencing the worst drought in 1,200 years, triggering everything from wildfires to extreme snow loss to the emergence of old corpses from ever-emptier bodies of water. Now Lake Powell, the second-largest reservoir in the US, is on the brink of running dry.

The giant reservoir’s water powers the Glen Canyon Dam, which provides electricity for around five million people across many states, but is currently sitting at about a quarter of the water level necessary to support that much energy production. Not to mention, Lake Powell and the Glen Canyon Dam are part of the Colorado River system, which provides water to 40 million people (or over 10 percent of the US population) and upholds billions of dollars worth of agriculture. Over a quarter of the river is currently in “extreme drought” conditions, meaning crop and pasture losses are considerable, as well as water shortages and restrictions.

“It’s almost hard to imagine how important a huge water reserve reservoir is in Arizona, one of the most arid places in the country and in the world,” says Mona Tierney-Lloyd, head of US Public Policy at clean energy group Enel North America. “But that’s one of the primary places for providing electricity to almost seven states.”

[Related: Climate change is blowing our predictions out of the water, says the IPCC.]

Earlier this month, officials announced a plan to hold back releases of around 480,000 acre-feet of water in Lake Powell that typically go to Arizona, Nevada, and California, something that Tanya Trujillo, the US Bureau of Reclamation’s assistant secretary of water and science, says could keep hydropower going for another year or so. “We have never taken this step before in the Colorado River basin, but conditions we see today and the potential risks we see on the horizon demand that we take prompt action,” Trujillo told the Associated Press.

According to White, this problem is not only because water is drying up faster. Demand for water is also increasing as the drought persists.

“We have these intersections of the environmental conditions, the megadrought, the climate change impacts,” he says. “And then on the sort of demand side, we have increasing demand. We are simply using more water in the region than the river is able to provide. And our historic strategies for managing that predominantly through infrastructure like dams and reservoirs and delivery systems are now sort of inadequate to the challenges that we face.”

How does hydropower work?

Hydropower has been used since the 1800s, when it first powered a single lamp in England before moving into the big leagues four years later in Wisconsin. By the 1900s, it was everywhere.

The technology itself is quite simple: water in the reservoir gets pushed through an intake valve, which keeps out debris. Next, water funnels through a big pipe, the force of which spins a turbine at a fish-safe speed. This whirling makes a generator shaft turn coils of copper wire in a ring of magnets, creating an electric field—and bam, you’ve got electricity. This is then transformed into a higher voltage and sent through the grid. The water ends up downstream in a river, where it can theoretically be reused for other purposes.

But for such a system to work, there needs to be enough water coverage to actually push liquid into those intake valves, says Tierney-Lloyd. “My understanding is that now, because of those water levels being as low as they are, the turbines are not generating as much electricity as they otherwise could,” she says. “And it’s just the physical nature of not having enough water to push the water.”

When this happens, we stand at a conundrum—do we funnel water from downstream back into the reservoir to keep power going, or do we use the runoff for other crucial purposes like drinking and agriculture and allow the reservoir to run dry?

“The highly managed Colorado River will be a test case to see if society can reevaluate its priorities and adapt management rules for the entire basin,” says Jan Polcher, hydrologist at the LMD lab of the CNRS, École Polytechnique in France. “Some water rights will have to be abandoned in favor of more critical water uses.”

“You do want to build new assets, more renewable energy, more storage, more flexibility and all that stuff,” he says. “But that takes time. If you have a shortfall right now, the marginal resource is usually natural gas.”

As we shore up our infrastructure, Tarroja adds, we’ll need to figure out new engineering techniques that can handle droughts and other climate change impacts. That could mean plants that work with lower amounts of water. Even more crucial, he says, is making sure that other renewable energy sources are built up as well. Otherwise, shortcomings in hydropower will continue to mean sliding back into fossil fuel use.

White adds that regions should start talking about water rights and priorities as well. Whereas we once may have been able to cover all sorts of needs, climate change is changing how much water we can expect to access. If we don’t work on fairly prioritizing where to limit usage first, marginalized groups could end up shouldering the burden.

“When we decide to invest our financial and natural resources into producing one type of social benefit, like economic productivity, environmental conservation, or recreational amenities, we need to balance that sort of portfolio,” White says. “And that is something that will require a transition, because water scarcity affects this region and other regions around the world. We need to be prepared to have a dialog about how we prioritize these benefits, especially when we’re not able to produce all of those social goods simultaneously.”