Climate-related disruptions in the food supply chain can cause global setbacks. 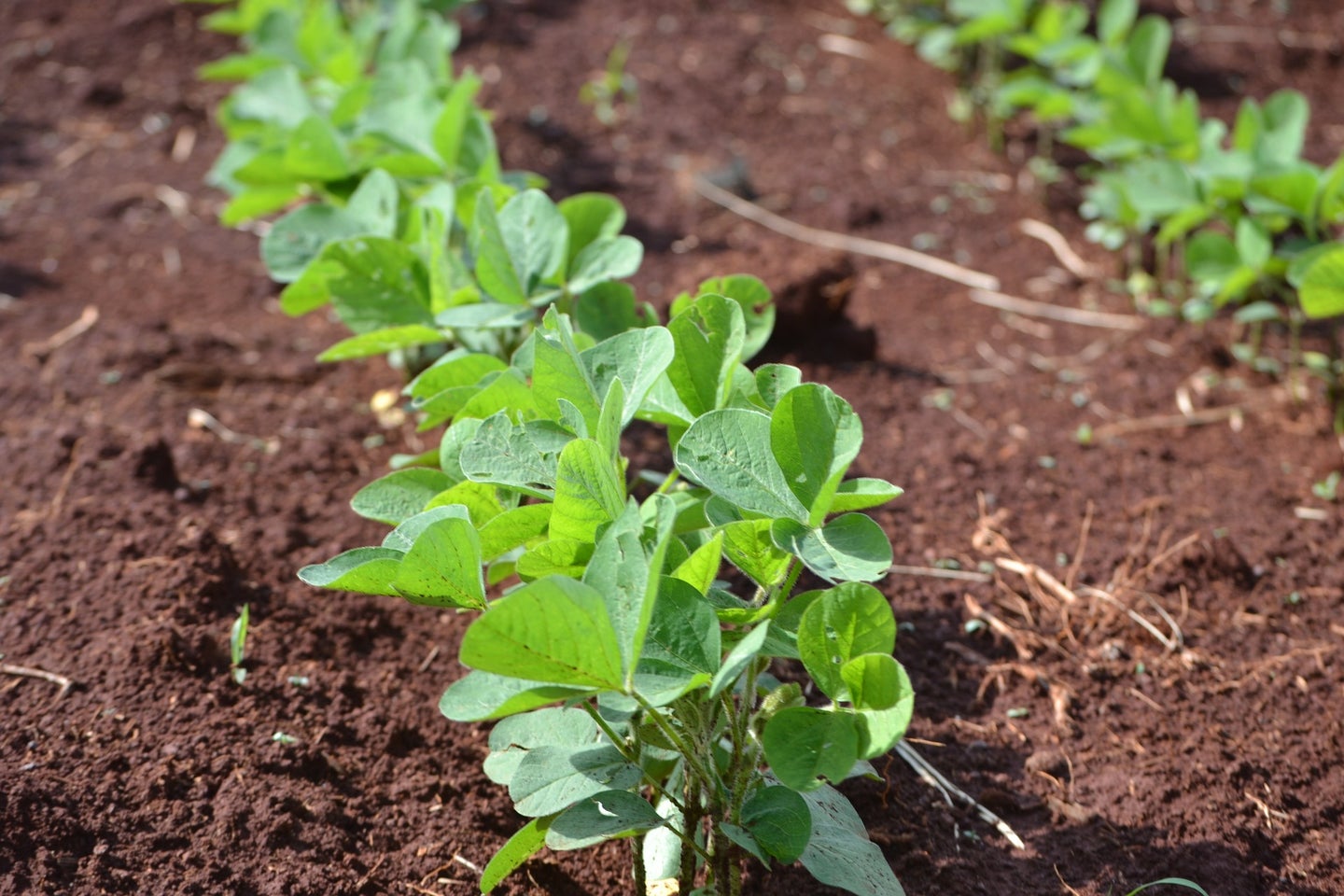 Cacao, soybeans (pictured above), and coffee are all among the at-risk crops. Mariana Lazaro mari_lazaro/Pixabay
SHARE

When we talk about food and climate, we hear a lot about the personal choices we can make to help the planet: minimizing red meat consumption, only buying your favorite fruits and veggies in season, and looking out for shady greenwashing. But the reality of food in an ever-changing climate is that there’s so much beyond our own plates, and even our own countries, that needs to shift.

One recent study published this month in Nature Communications shows that a serious chunk—we’re talking almost half—of the European Union’s food imports will be coming from locations with high and extremely high drought severity. By 2050, if emissions stay along the RCP 6.0 concentration pathway (a climate model where CO2 levels fall just below business-as-usual), a whopping 44 percent of imported agriculture for the EU will be at risk. Even with sharp greenhouse gas reductions, 37 percent is at risk within the next 25 or so years.

Compare that to today, where only 7 percent of agricultural imports for the region come from medium-high and high drought risk areas. Foods produced in Brazil, Indonesia, Vietnam, Thailand, India, and Turkey are among the most susceptible to future drought, according to the study.

“When it comes to climate change impact, everyone talks about their own countries,” Ertug Ercin, the director at Amsterdam-based research group R2Water and lead author of the new study, says. “If there’s a rare drought in the UK, it’s all over Twitter. But if there’s something happening in South America or Africa, it’ll get less attention.”

[Related: Plant pandemics are on the rise, and we need a plan to stop them.]

“In the near future, supplies of certain crops to the EU could be disrupted due to increased drought in other parts of the world,” the study reads. “Coffee, cocoa, sugar cane, oil palm, and soybean are the most climate-vulnerable imported products.”

This could lead to a “breadbasket shock”—where agricultural hotspots falter due to increasingly severe climate conditions like droughts and heatwaves, shaking up just about every part of the global food supply chain.

Soybeans, for example, are one of the most important imports for the EU, with about 30 to 35 million tons worth of shipments annually. (Most of that supply goes straight into animal feed for the meat and dairy industries.) Compare that to the less than a million tons produced right in the region.

[Related: 11 percent of food waste comes from our homes.]

Even a tiny disturbance in imports can lead to price spikes and supply chain hiccups for the EU’s dairy and meat industries, which in turn feed other countries, the study authors write. As of last December, some European countries were among the world’s largest exporters of dairy products. A halt in soy farming would directly impact cheese, cream, and yogurt imports across the world.

Teresa Brás, a postdoctoral researcher at the National Laboratory of Energy and Geology who was not involved in the study, told Carbon Brief that these findings signal a need for the “redesign of EU food and trade policies in view of higher investment in food imports and market diversification, while promoting climate adaptation, and fair and ethical food policies in non-EU suppliers.”

Recent climate trends show that re-strategizing is all the more urgent. Just over the past week alone, droughts in the US have made headlines globally, while brutal weather continues to hit countries like Madagascar where families are surviving largely off of raw red cactus fruits, wild leaves, and locusts after months of deadly droughts.

Madagascar exports a great deal of its goods to Europe, with nearly 20 percent going to France alone. Similarly, Brazil, one of the EU’s biggest trade partners, is battling a historic drought in its typically lush rainforests and wetlands.

“It’s in our own economic self-interest to address the global climate crisis,” Ercin says. “It doesn’t matter where the impact happens,—ultimately it [affects] us. It’s important to raise awareness about changes that are happening outside our countries.”