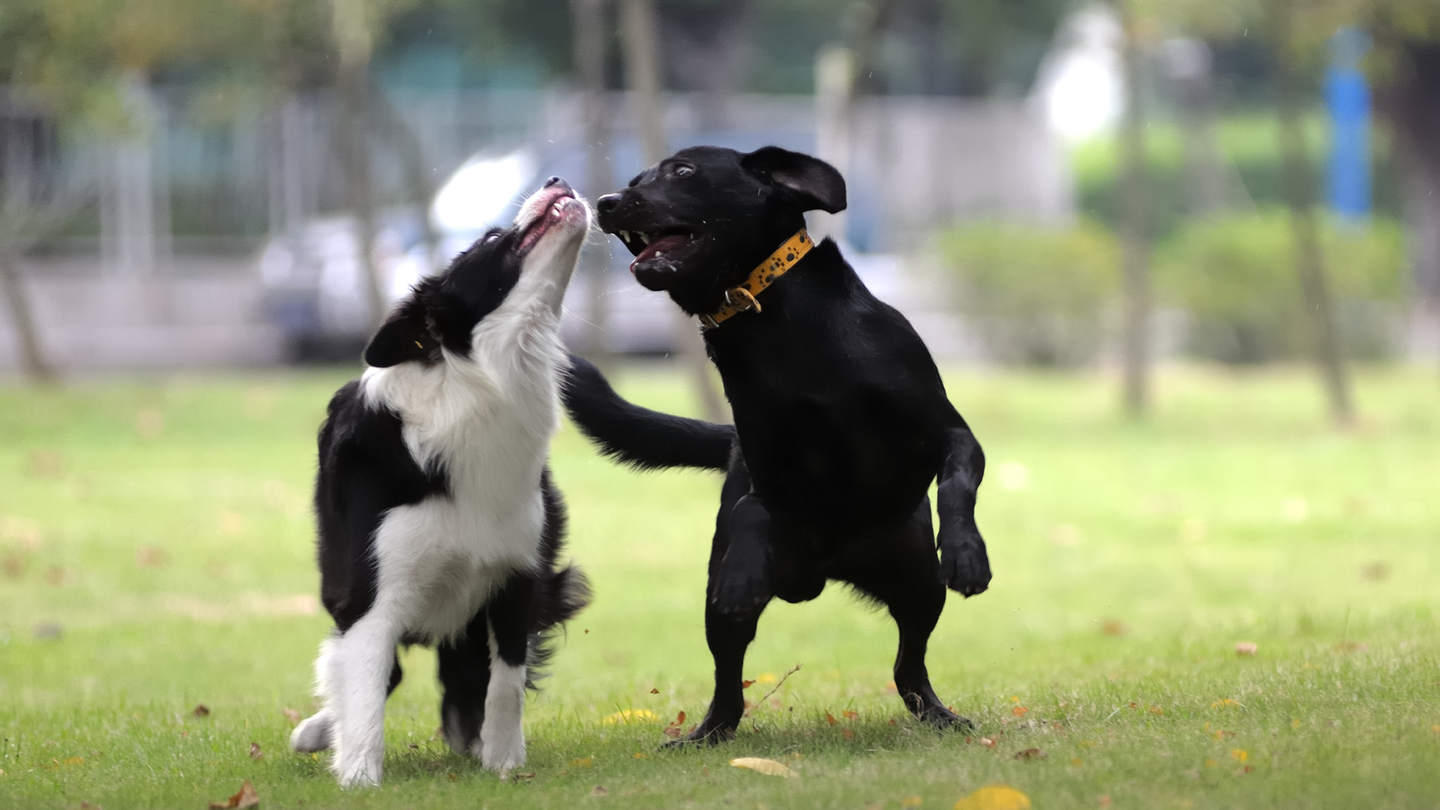 Two dogs playing and nipping at each other. Deposit Photos
SHARE

Every single day, the human brain is in survival mode, assessing a wide range of dangerous situations. Our brains like patterns so that they can try to make predictions about what is coming next. Interpreting these patterns in other humans and animals can have a major evolutionary advantage, since the ability to tell if a person or animal is about to get aggressive, can spur sometimes life-saving action.

A new study published today in the journal PLOS ONE finds that while human beings perform “above chance” (meaning just slightly better than they would randomly) at assessing interactions between humans, dogs, and monkeys, our brains struggle to predict aggressive behaviors in both dogs and humans.

A group of researchers from four institutions in Europe sought to determine how well people can assess these social situations, by showing 92 participants 27 video clips. The clips each showed a non-verbal interaction between a pair of human children, a pair of dogs, or a pair of macaques.

The viewers were then split into two groups. One group categorized the interactions as neutral (no social interaction, like two macaques eating an apple), aggressive (dogs defending a toy) or playful (children playing a game of hide-and-seek), while the other group predicted what the outcome of each interaction in the clips would be. The group predicting the outcomes did so by selecting one of three sentences that described what they believed outcome would be.

The team found that the participants performed above chance level at identifying and labeling the interactions among all of the species and predicted accurate outcomes in 50 to 80 percent of meetings.

However, the accuracy of both the categorizations and predictions depended on two factors: the species shown and the social context of the interaction.

The participants were not better at assessing the human interactions compared to the dogs or monkeys, which was completely different than what the team hypothesized before starting the experiment.

The human participants also performed especially poorly in identifying aggressive interactions in dogs and in humans, such as a dog defending a toy, or holding their body in a stiff way, or a human child suddenly moving towards the other kid.

It was expected that the participants would be best at identifying aggression in man’s best friend, since this can help humans avoid injury from a dog bite, but this current study reveals that such assessments are more difficult for people than originally anticipated.

[Related: Ancient wolf DNA is being used to sniff out where our love story with dogs began.]

“It is possible that we are biased to assume good intentions from other humans and from ‘man’s best friend’,” said Theresa Epperlein, a co-author and researcher in the DogStudies research group at Germany’s Max Planck Institute of Geoanthropology, in a statement. “Perhaps this bias prevents us from recognizing aggressive situations in these species.”

This new study raises questions about how humans form assessments and if we can improve those skills with practice and training, but previous studies have shown that experience doesn’t always lead to better outcomes.

“Our results underscore the fact that social interactions can often be ambiguous and suggest that accurately predicting outcomes may be more advantageous than categorizing emotional contexts,” added co-author Juliane Bräuer, the DogStudies research group leader, in a statement.

Further study into determining which cues humans rely on while watching interactions (facial expressions, body languages, vocalizations, etc.) and how these cues are used by different animal species could help scientists determine if we really can get better at predicting when a dog might pounce with some training of our own.

According to the ASPCA, some signs of dog aggression to look out for in the dog park are a guttural bark that sounds threatening, lunging forward or charging at a person with no contact, showing teeth, and snapping.