Manoomin is crucial to the Anishinaabe both culturally and economically. 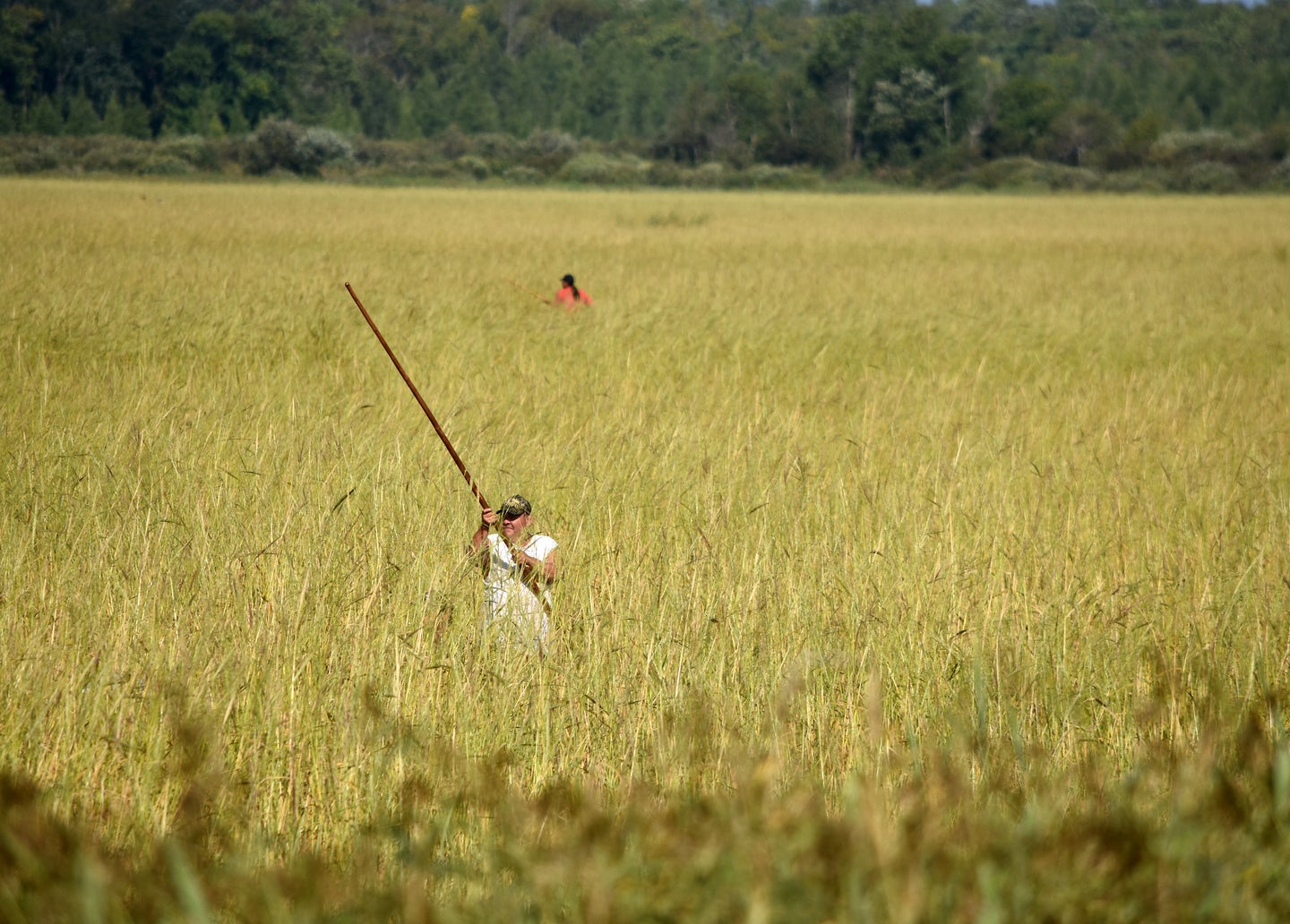 Minnesota has the largest amount of wild rice, one of North America's few native grains, by acre than any other state. USACE photo by George Stringham
SHARE

There are about 190,000 miles of pipelines that distribute oil throughout the United States. One recently contested pipeline (among many others) is Enbridge Line 3, an oil pipeline expansion that will bring a million barrels of tar sands per day from Alberta, Canada to Superior, Wisconsin.

Indigenous protesters and other Line 3 opponents have pointed out that the pipeline’s construction on new routes went through ecologically sensitive areas of the state of Minnesota.  Some of the country’s treaty rights with Native American rights in the surrounding area have been violated already.

Activists and allies have been calling for President Joe Biden to shut down Line 3 and hundreds protested at the White House earlier this month. The president has taken some steps towards sustainability, like making promises to invest in clean energy and rejoining the Paris climate accord, opponents of Line 3 say it’s not enough.

“We’re not looking for compromises. Indigenous people are on the frontline of climate chaos, and we are not accepting compromises anymore. We are going to keep pushing Biden until he stops Line 3 and also shuts down DAPL”, said Jennifer Falcon, the Indigenous Environmental Network communications coordinator said in a press release, “We are in a climate crisis. Our forests are on fire. Our cities are underwater. Our people are dying of cancer. We’re going to keep fighting and make him as uncomfortable as possible, which is why we are taking this fight to his front door, just as these pipelines have been pushed across our communities without consent. And we will continue to keep pushing him until we win.”

Indigenous activists aren’t just fighting for the right to clean waterways themselves. They’re fighting for manoomin, also called wild rice. The grain grows along lakes in Minnesota and is one of the few grains native to North America. It is both a cultural and spiritual staple for the Annishanabe people, also referred to as Chippewa and Ojibwe, who reside around the Great Lakes area of Turtle Island, an indigenous historical term for what is now known as North America.

Different watersheds feed and support each other’s ecosystems. So an oil spill from a faulty pipeline could easily endanger the growth of the manoomin that not only feeds the Anishinaabe, but other animals that live along rivers and lakes in the area. And spills from pipelines are tragically common according to the Center for Biological Diversity.

The drilling process associated with pipeline construction comes with other risks. If construction drills too deep under water, there could be a spill of drilling fluids that are known as “frac-out” which suffocate fish and other aquatic wildlife, Newsweek reported. Not only would this cause an ecological problem for manoomin if a spill of oil or frac-out hurts the waterways that house wild rice, but a legal one as well. The event of a spill could infringe on an 1837 treaty with the Anishinaabe that includes an article promising the community the right to hunt, to fish and to gather manoomin.

For Frank Bibeau, a White Earth Nation lawyer, the manoomin is a living relative of the Ashinaabe people. Pipeline construction and maintenance, as well as climate change and damming rivers, hurts the community’s ability to continue the tradition of foraging for wild rice.

Bibeau explains that the Enbridge development could displace an already limited supply of fresh water necessary to grow manoomin. “We lose the opportunity to earn money. We lost the spiritual opportunity to commune with our relations,” he says. “Wild rice, manoomin, all the animals and all the creatures … they’re all part of our relations.”

The Annishanabe moved to what is now the states surrounding the Great Lakes after a prophecy in a dream revealed to an elder that the community should find good that grows in the water, which turned out to be the manoomin in the Great Lakes area.

“You can dehydrate it … [it can be] stored for a long time. It’s really good food,” Bibeau says.

Manoomin is harvested in the wild by tribal members who travel on a canoe and tap the plants with wooden sticks to release the rice. Bibeau, like many others in the community, has spent years going out on canoes to collect the rice for sustenance and for spiritual ceremonies. He explains that some plants can be harvested several times between late summer and early winter depending on the maturity of the seeds.

Opponents of the pipeline have vowed to keep fighting and protesting. Bibeau himself is part of a lawsuit in the White Earth Nation Tribal Court on behalf of the wild rice—the second ever “rights of nature” case to be filed in the country, the Associated Press reported.