Kīlauea has belched 4.2 billion gallons of lava—and it isn’t done yet

The volcano is giving us a show with glass, lava lakes, and vog (yes, you read that correctly). 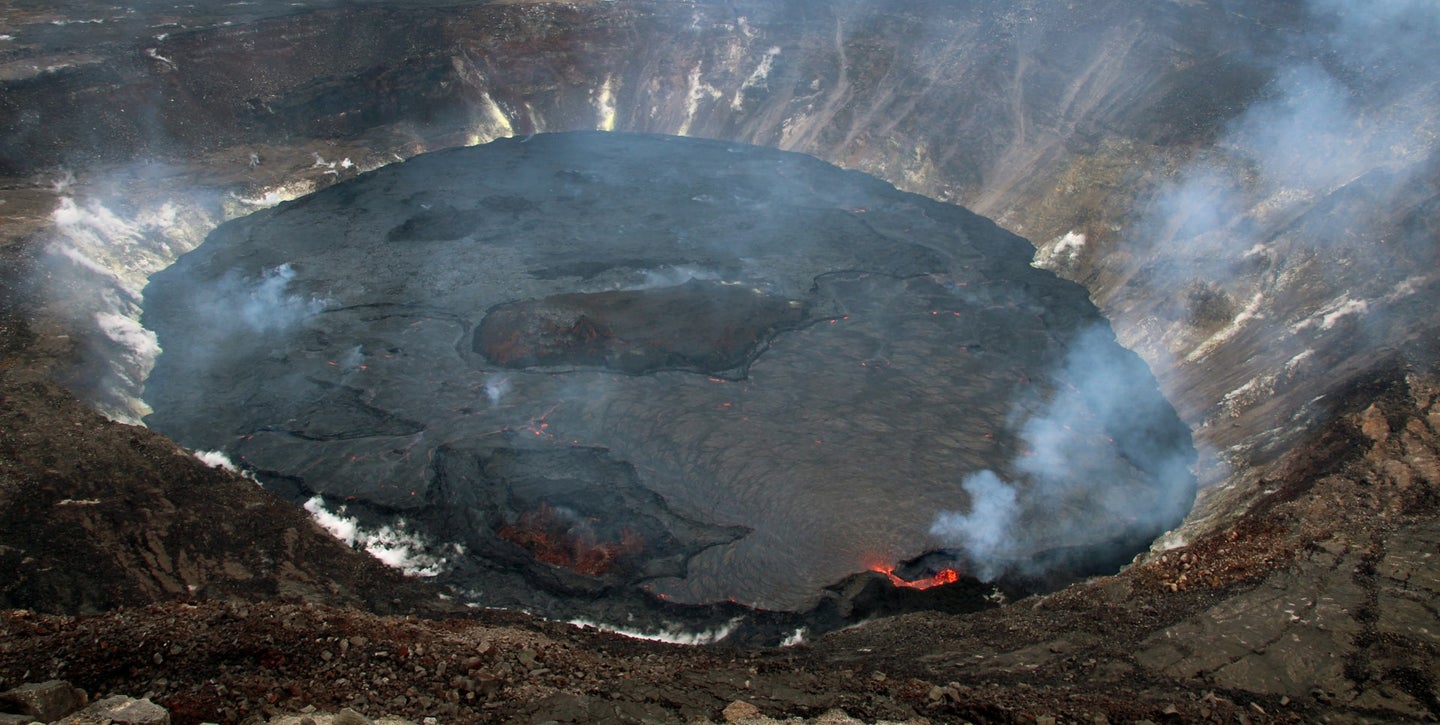 Only an erupting volcano can evoke as much awe as it does terror. Kīlauea, which has been erupting on the Big Island of Hawai’i since late September, is giving geoscientists front-row seats to lava fountains and sulfurous vog (otherwise known as volcanic smog). Some of the footage captured by a webcam shows a vent in the western wall of Halemaʻumaʻu crater flushing out magma, resulting in a giant lava lake. Other videos and photos depict fountains shooting up as tall as a five-story building. All the while, sulfur dioxide thickens the air.

As of October 8, an estimated 4.2 billion gallons of lava has sloshed to the Earth’s surface from Kīlauea. While all this lava may sound horrifying, the high levels of volcanic gas are the primary hazard for anything in the area. Clouds of vog comprised of water vapor, carbon dioxide, and sulfur dioxide continue to endanger residents, visitors, crops, and livestock.

Another dangerous feature of the eruption is Pele’s hair. Named after the Hawaiian goddess of volcanoes and the Islands’ creator, this straw-like lava forms from molten basaltic glass stretched thin. While Pele is Hawaiian, her hair can be found near volcanoes around the world. The brittle substance shatters easily, so it must always be handled with gloves.

As the youngest volcano on the Island of Hawai’i, Kīlauea may be considered the rebel of its active siblings: Mauna Loa, Hualālai, Haleakalā, Mauna Kea, and Lō‘ihi Seamount. Reaching 4,000-plus feet above sea level, it sits on the southeastern corner of the Big Island of Hawai’i, rising from a slope of the larger Mauna Loa. When it erupts, it belches up magma from more than 37 miles below the Earth’s surface.

The volcano’s last eruption lasted from December 2020 through May 2021. In the last 70 years, Kīlauea has erupted dozens of times, making it one of the most active volcanoes in the world.