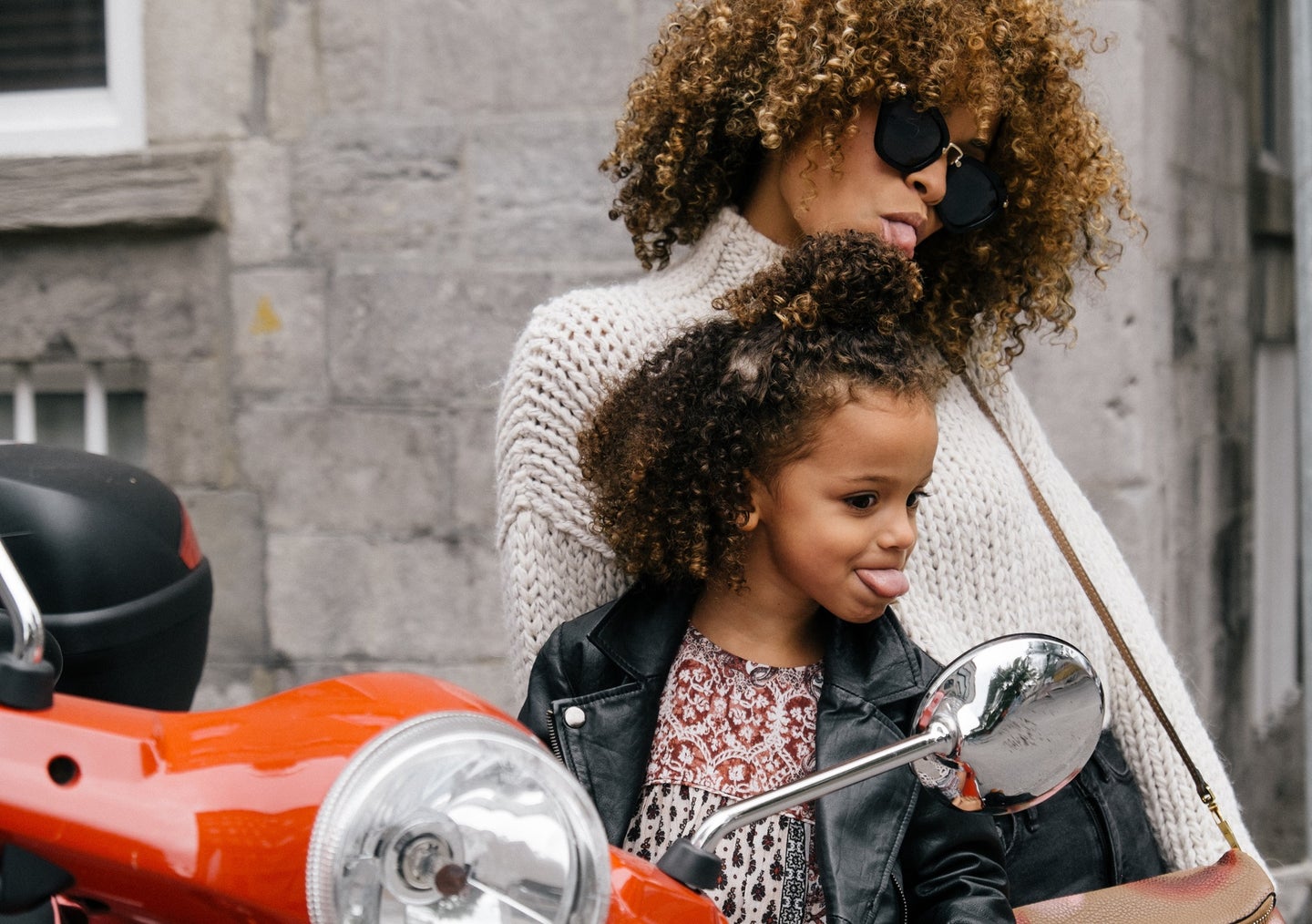 The myth of generations, debunked

Generational divides are less than scientific.

IF ONE WERE TO MAKE a Generation Z mood board, it might include, in no particular order: TikTok, climate activism, autonomous sensory meridian response (ASMR), Olivia Rodrigo, Minecraft, and calling older folks out of date or “cheugy.” A unifying theme, beyond the phone-bound youth associated with these things, is the internet. Climate TikTok galvanizes the young and eco-conscious. Regular TikTok unleashes Gen Z barbs like cheugy unto the group’s predecessors, millennials (ouch). Whispered Minecraft commentary does double duty as ASMR. “Drivers License” sped through a global pandemic into the streaming-music hall of fame.

As Gen Z creates and inhabits entire digital worlds of its own, older groups may feel left out—or pushed out, if the tone set by some cultural commentators is to be taken seriously. Many of them contend that we are in the midst of a generational war, in which Gen Z dismisses Hogwarts-loving millennials as too self-obsessed to take action against the ice-cap-melting wrongs of their capitalist elders, who respond by scoffing at the snowflakery of modern youth. To which the kids say: OK, boomer.

But take an honest look at the mood board, and any credible basis for war dissipates. Generational labels are so fuzzily defined that it can be hard to tell who belongs in which camp, let alone who’s fighting with whom. (How does one categorize a 34-year-old climate justice advocate who’s definitely a Gryffindor and knows every word to Olivia Rodrigo’s Sour? Asking for a friend.) Even where there is tension—take Gen Z’s derision for cheugs—it’s no different from the contempt youth have always directed at older people. And while Gen Zers seem to prefer their phones and friends over everything else, it doesn’t mean they reject their elders and whatever wisdom they may have.

Viewing society through the lens of generational conflict is humorous at best, but it can cause real harm. “These stereotypes are not just a bit of fun,” says Bobby Duffy, a professor of public policy at King’s College London and author of the forthcoming book The Generation Myth. “They are a problem because they affect how we see and therefore deal with big issues” like climate change and social injustice. If we keep raising arms along the fabricated battle lines between generations, then divided we may all fall.

GENERATIONS ARE, by and large, ill defined. The simplest explanation comes from demographers and marketers: People born between roughly 1981 and 1996 are millennials, while Gen Z falls between 1997 and 2012.

But birth year isn’t the only factor, and, many would argue, it’s hardly the most important one. The term generation originally referred to levels of kinfolk in ancestry (the grandmother, her daughter, her grandchild, and so on). In immigrant studies, it pertains to steps in a family’s lineage after it moves to a new country. It wasn’t until the 19th century that Western philosophers proposed it as a metric to track a society’s progress. German sociologist Karl Mannheim cemented this idea in 1928, positing that generations composed of “youth experiencing the same concrete historical problems” drove social change.

In a 1991 book titled Generations, American authors William Strauss and Neil Howe proposed that new groupings appear roughly every two decades according to a cycle of four personality types (idealist, reactive, civic, and adaptive) that repeats every 80 years or so. Academic experts panned this theory for lacking empirical evidence, but its emphasis on birth year remained, to the chagrin of some scholars. St. Louis University professor Cort Rudolph, who studies aging in the workforce, contends that generations are “not really a ‘thing’ outside of the language that we use variously to describe relatively older/younger people at a given point in history.”

Most academics who study generations acknowledge that doing so is imprecise. “It’s very tricky when you’re talking about generational research because you are in fact generalizing,” says Stanford University anthropologist Roberta Katz, a co-leader of the iGen Project, an in-depth study of British and American kids growing up in a hyperconnected world.

Still, rigorous research on generations exists and can be useful. Thinking about them helps investigators determine how societies change. “We have to understand that there is diversity within generations, but there are some generational factors that are relatively consistent,” says Corey Seemiller, a professor of leadership studies at Wright State University who specializes in Gen Z.

For example, information and misinformation have spread faster during Gen Z’s lifetime than at any other point in history. As a result, they “self-inform in a way that prior generations of young people could not,” says Katz, who is co-authoring a forthcoming book titled Gen Z, Explained. (Millennials are referred to as “digital natives,” but she points out that this term refers to fluency with electronic devices, not the unique circumstances of growing up with a vast communication network at your fingertips.) Ultimately, adds Seemiller, “the fact is that all of Gen Z were born into a world in which the commercial internet exists”—a characteristic no other generation can claim. This makes them different, but it doesn’t make them uniquely adversarial.

TENSION BETWEEN youth and adults is nothing new. King’s College’s Duffy points out that after World War I “there was this very clear sense of young people being betrayed by older generations,” who had sacrificed mere teenagers in battle. Thus a sense of united consciousness emerged: They did this to us.

History repeats. Bruce Gibney’s A Generation of Sociopaths, published in 2017, blames boomers for squandering the country’s post–World War II wealth. Aggrieved environmental activist Greta Thunberg told world leaders at a United Nations climate summit in 2019 that young people “are starting to understand your betrayal.” No matter the unique challenges of the present day, feeling screwed over by one’s elders is a time-honored tradition.

So is not wanting to hang out with them. In the past, putting up a “No grown-ups” sign on a treehouse would have effectively kept adults out, creating a place where kids could be kids. Not so in the internet era, where most digital spaces are accessible to people of any age. The “creepy treehouse effect” occurs when adults use a social media platform claimed by youth, making it, well, creepy: Turned off by olds on Instagram, Gen Z migrated to Snapchat. When millennials discovered snaps, kids danced over to TikTok. The cycle will likely continue as long as the internet is free and adults can keep up.

Though youth have always wanted separation from their elders, the dynamic may feel more fraught now because “technology makes it easier for adults to show up in their treehouse,” explains Seemiller.

That’s not to say Gen Z wants to cut ties with its elders altogether, even though its immersion in devices—and frustration with hopelessly tech-inept parents—can make it seem that way. Seemiller, who has co-led three large national surveys of Gen Z students and published the results in four books, has found that today’s youth are actually more likely to look to their parents for advice than previous generations, a trend corroborated by multiple other studies.

Gen Z kids I spoke to seem to agree. Seventeen-year-old Kiera Menor, from Oklahoma City, turns to the internet for schoolwork but to her parents for personal insights. “They’re a reliable source,” she says. “They’ve lived more than I have.” Chelsea Fuller, a 21-year-old college grad from Lancaster, California, says, “Anything about my body, I would go to my mom.” Andrew Heller, 17, from Petaluma, California, wants college guidance from his parents, not from strangers on the internet. “I don’t know how much I can trust them,” he says.

Parents, understandably, get nervous when they don’t know what Gen Z is up to online. Seemiller assures them that kids and teens use tech for the same reasons older folks do: entertainment, finding information, and showing people how to do things (mainly via YouTube). A big goal is connecting with others, which they do differently from older people, who tend to use social media to stay in touch with those they already know. Gen Z also uses it to form new relationships. While millennials met on campus and messaged on Facebook, for Gen Z, TikTok is the college quad. But the impulse to be social is the same. “The technology provides them with an opportunity to learn and connect in ways that none of us had when we were younger,” says Seemiller.

IT’S EASY, and sometimes funny, to play along with the notion of generational stereotypes as they’re presented in think pieces and survey results online. They can give a sweeping view of the ways society is changing, offering older people some context for resituating themselves within it. (I accept that millennials are outdated because, honestly, it is cringe-worthy to ascribe one’s entire personality to a Hogwarts house.) But these are reductive tropes, and they carry a dangerous suggestion of conflict.

Duffy contends that there is no evidence of a looming generational war. “We don’t really want to go to battle with our grandparents on things,” he says. “We want them to be looked after because we love them. And they want a better future for their kids and grandkids because they love them.” But he cautions that there is a real risk of drifting apart.

Keeping sight of the connections that exist between generations is important because doing so helps maintain optimism and faith in society and thus the willingness to keep working together to improve it.

Indeed, members of Gen Z, at the very least, seem interested in keeping their elders around—as long as they cool it with the digital creepiness. And if we stand by them, maybe there’s a thing or two we can learn from them too. As Kiera Menor put it, referring to her Minecraft expertise: “I’m a beacon of knowledge.”