Microsoft is making it easier for customers to repair devices. Will other companies follow? 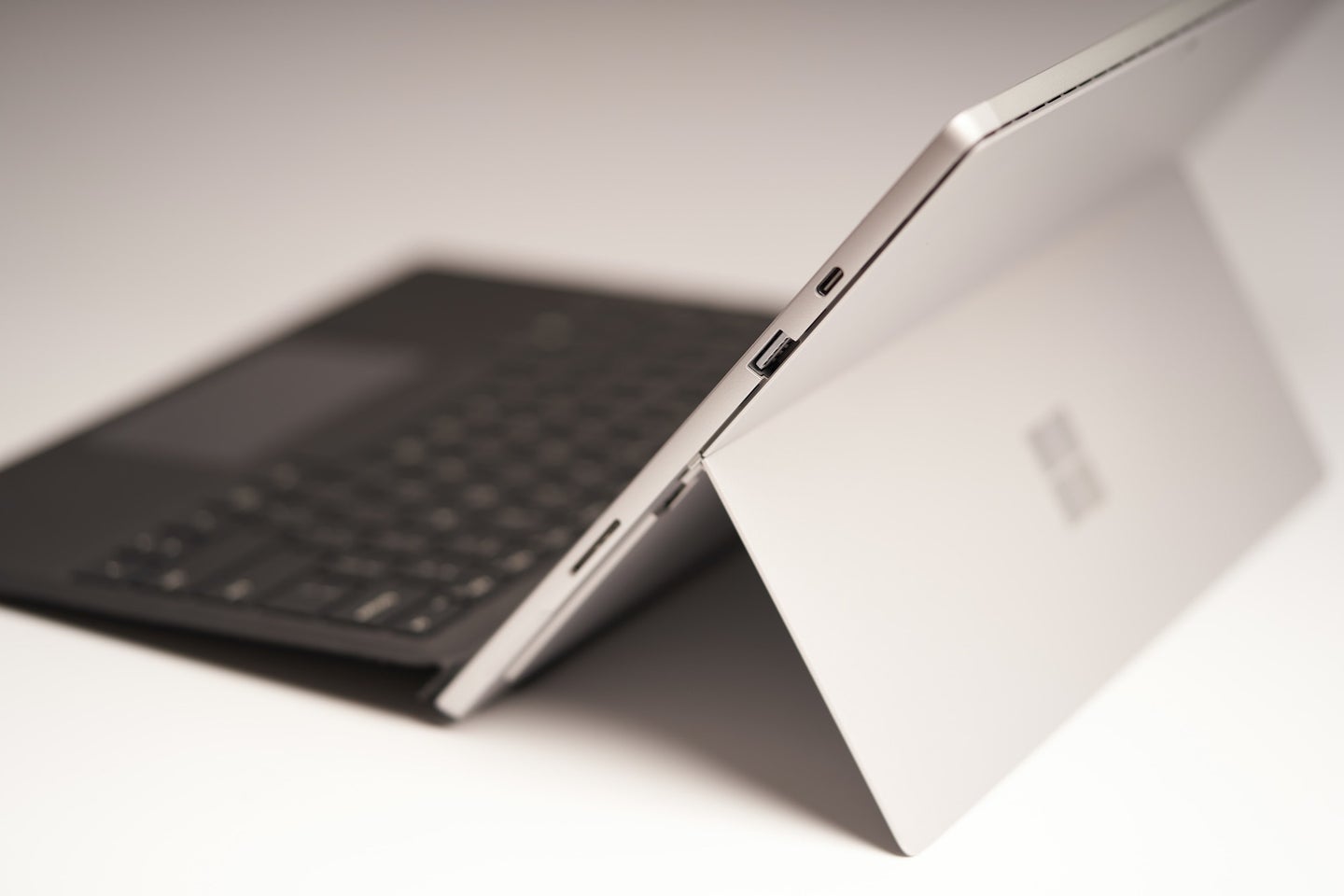 In June, a shareholder advocacy group called As You Sow filed a shareholder’s resolution asking Microsoft to consider the way it “restricts consumer access to device repairability.”

Other tech companies, like Dell, HP and Motorola, have already begun making their devices more repairable, getting ahead of Right to Repair legislations that may be on the cusp of passing.

In the past, Microsoft has actively lobbied against Right to Repair bills, but surprisingly, in October, as first reported by Grist, Microsoft agreed to expand its repair options, supplying access to parts and information needed for repairs. Microsoft even committed to conducting a study evaluating the environmental impact of device repairability.

[Related: How a new executive order might help your phone last longer]

“This is the first time we’ve seen a major manufacturer step up and make the commitment,” says Kyle Wiens, CEO of repair guide site iFixit. “Amazingly, instead of telling the activist investors to pound sand, Microsoft said we’re gonna do it.”

Here’s why this is a crucial victory for Right to Repair activists.

What did Microsoft commit to?

Right to Repair is a movement that advocates for people’s right to repair their own devices and reduce e-waste by extending the life of electronic devices. Activists advocate for legislation that will force manufacturers to increase device repairability. “It’s the idea that if I buy an expensive thing, I should have access to parts, tools and information to fix it,” says Wiens.

Unlike the steps companies like Motorola have taken to improve device repairability, Wiens says Microsoft’s commitment goes above and beyond. They’ve committed to improving the design of their device to increase repairability, and to have parts and service manuals available to the public by the end of 2022.

[Related: When your devices need repairs, here’s where to start]

But already, Microsoft has taken steps towards increasing repairability. When Microsoft’s Surface laptop came out in 2012, Wiens, whose site grades tech products on a repairability scale from one to ten, rated it a zero. “It was the worst laptop I had ever scored,” he says. “Just completely unfixable. But the Surface 2 and 3 were redesigned to be more repairable.”

How did this happen?

Using a tool often employed by climate activists, As You Sow filed a shareholder resolution. As shareholders, they can introduce resolutions that other shareholders can vote on, thereby forcing the company to respond.

At Apple and John Deere, shareholder resolutions have already been filed and, thanks to the success of this one from As You Sow, more filings are likely on the way, says Wiens.

“It’s a smart strategy to use your status as a shareholder to raise these kinds of issues, because it demands a company response,” says Aaron Perzanowski, a law professor at Case Western Reserve University.

The question of timing, Perzanowski says, could be attributed to a combination of public pressure, a desire to get ahead of looming legislation and a growing understanding of the problem of electronic waste.

“Lots of device makers in the tech, auto and agricultural spaces are feeling the effects of public pressure around repair,” says Perzanowski. “They’re being criticized by the press, consumers and the FTC.”

Microsoft may also be using this as an opportunity to score some public goodwill and stave off potential legislation or regulation. “That’s a strategy firms sometimes use, going along with private efforts so they can convince the government not to pass regulatory laws,” says Perzanowski.

There’s also a business opportunity here, Wiens points out. If Apple, whose iPhone 13 is making headlines for being the most irreparable phone yet, is continuing to be so opposed to repairability, Microsoft can take a pro-consumer stance and have that be a differentiator.

While tech companies focus on seeming environmentally friendly, with Apple even hiring a former EPA administrator as its vice president of Environment, Policy and Social Initiatives, Perzanowski points out that this is not always the case. Tech companies like Apple contribute to the storm of e-waste produced annually, and without allowing consumers to fix their own devices, they’re ensuring that consumers are forced to buy new ones, creating more waste.

Monitoring if Apple follows through on its promises will be crucial, as will watching what other policy interventions Microsoft agrees to moving forward. Microsoft is a member of trade associations that have lobbied against Right to Repair bills, so seeing if Microsoft leaves those associations will be a defining factor.

“Microsoft is going to have to follow through,” says Wiens, “but if they do, this can be really big.”

In a statement to Popular Science, a Microsoft spokesperson said the company has “been taking steps for years to improve device repairability and to expand the available choices for device repair.”