Puppies are born ready to communicate with people

We have pups at "hello." 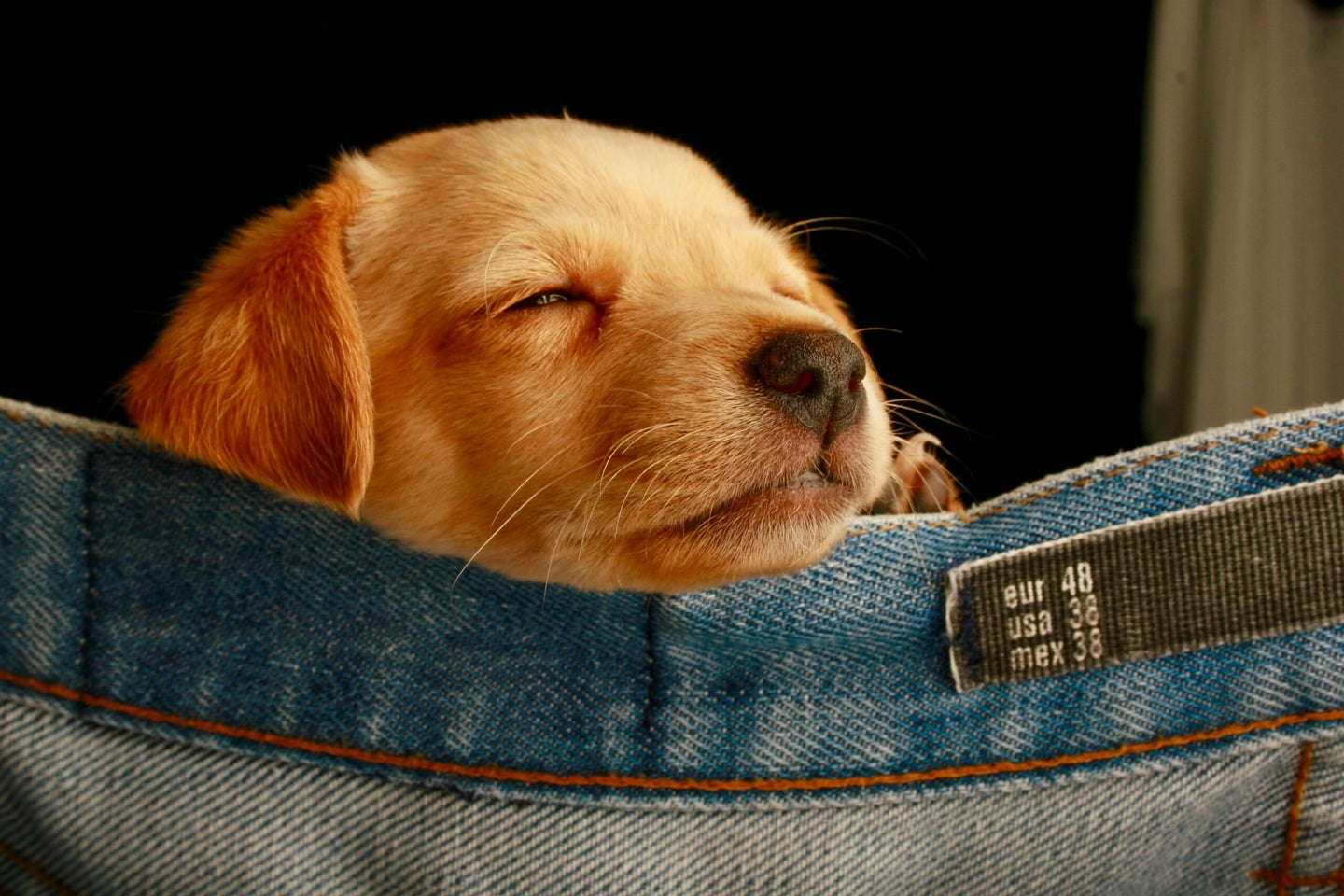 “Hi pup! Are you a good puppy? Yes, you are. Aww, look how cute you are. Look at those big eyes and floppy ears. You’re such a cute puppy! Do you like to play? Are these experiments fun?” That’s part of the dog-directed speech—baby talk, but for puppies—that Emily Bray, who studies dog psychology and development at the University of Arizona, recited to 375 puppies to see whether or not they would pay attention to human faces.

To date most studies looking into the human cognition that dogs display have been carried out on adult dogs. Adult dogs excel at following these social cues, even more so than the chimpanzees that we’re much more closely related to.

But it’s unclear how much of that behavior is ingrained in dogs from the beginning—enter the puppies. In this (rather unfairly) adorable study, researchers looked to see whether the way dogs can communicate with humans is rooted in biology.

One explanation could be that since dogs live in our homes, and watch people their whole lives, by the time they reach adulthood, they may just have picked up on human behaviours and social cues through observation. Doggy see, doggy do, so to speak. Alternatively, these communication skills could be the product of years of domestication that have led to particular gene selections.

“It’s not that they’re totally mutually exclusive, right? But if there is that biological basis, the perfect way to study that and ask if that’s the key is through a puppy,” says Bray.

The 375 dogs that were studied were all puppies provided by Canine Companions, a non-profit that trains service dogs. The average age was around eight and a half weeks, which is still in the middle of blissful puppydom—the age where they have primarily spent their time with their littermates and have had limited exposure to humans. Getting them from Canine Companions also meant that the researchers knew each dog’s pedigree and could map how they’re all related to each other.

Twenty three golden retrievers, 98 labrador retrievers and 254 labrador and golden crosses came together to participate in a series of tasks. The puppies also did warm-up, testing, and familiarizations trials.

In one test, the researcher pointed at one of two cups under which some food was placed, whilst saying “puppy, look!” In a variation of the same experiment, the researchers waved a bright yellow toy block that the puppies have never seen before, waved it in their face and placed it next to the jackpot cup.

“The idea here is that there’s no intrinsic reason that they should be interested in going to where this block is, but the fact that we’ve now shown it to them and presented it in the social context…are they interpreting it as a social cue?,” says Bray. “And we find they do.”

The puppies went through 12 trials for each task to see how many times they would get the treat hidden under the cup. To control for that impeccable sense of smell, the researchers taped a piece of kibble to the inside of each cup. That way, the puppies’ noses would not be responsible for leading them to the right cup.

Not only did the little ones find the kibble around 70 percent of the time, their performance didn’t improve over the 12 trials. That might sound like a bad thing, but it’s actually good: it means the puppies were able to find the kibble by virtue of an innate ability, not learning a new skill.

The next two tasks revolved around understanding how much eye contact the puppies could maintain.

“In adult dogs, this is something kind of special that they do,” says Bray. “The adult dog and adult human look at each other and make a bunch of eye contact that leads to oxytocin release, it’s this special thing.”

To carry out these human-interest tasks, the researchers recited the 30 second baby talk speech to the puppies to see how long they would maintain eye contact. And while human faces only piqued the puppers curiosity for around six seconds on average, the result was statistically significant.

Bray found that across the tasks more than 40 percent of the variation could be explained by genetics. “Heritability is a measure of how much of that variation is explained by the genetics, which we can calculate because we know their relatedness,” she says. “They are kind of entering the world biologically prepared for something that has been selected for, either purposely or not, over the course of domestication.”

Bray and her colleagues intend to conduct a follow-up study with adults from the same population and analyze genetic data to see if they can pinpoint which dogs would excel at communication, making them ideal service animals.