The wolf genomes could help settle the long-standing mystery of dog domestication. 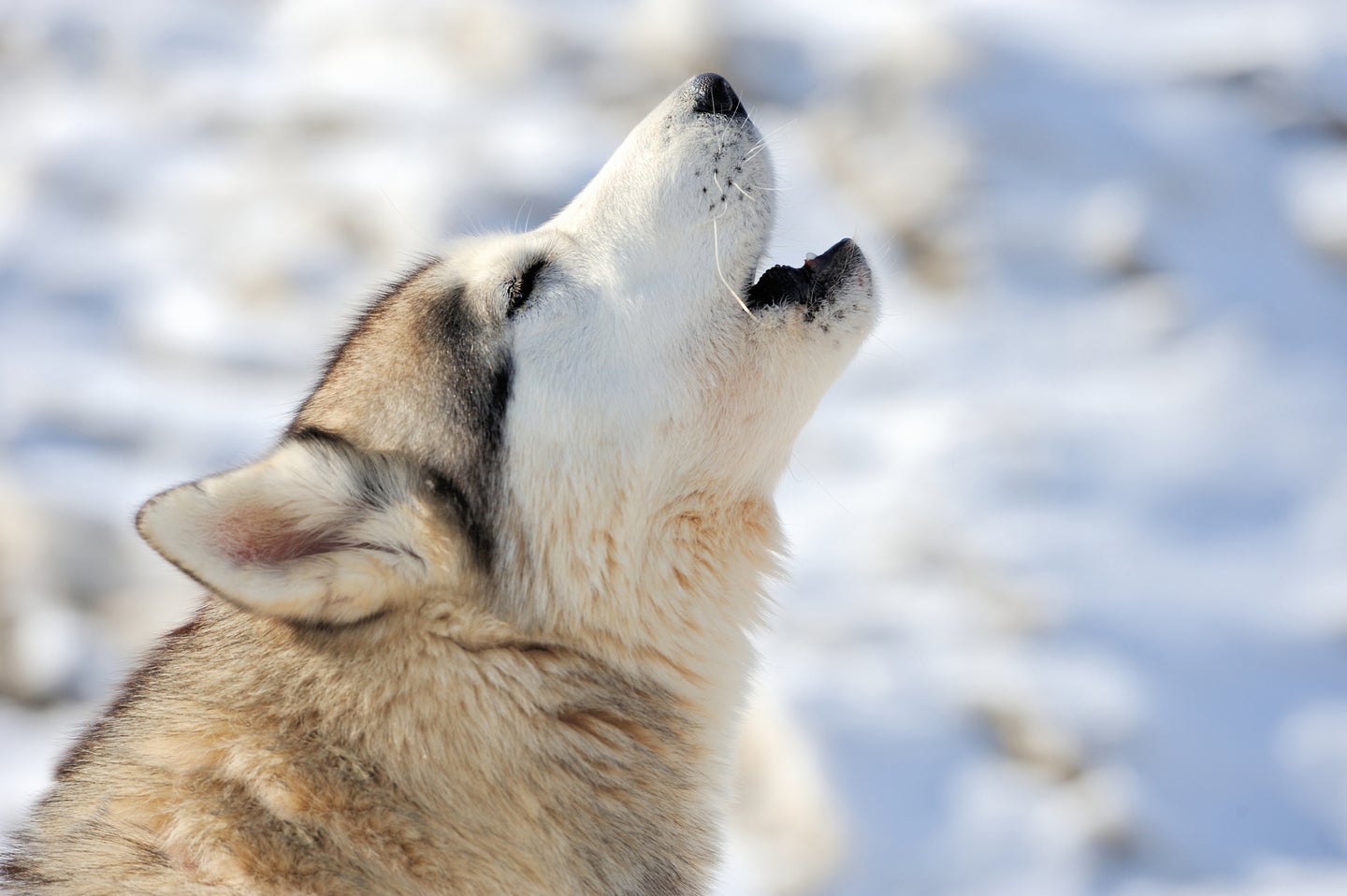 The Siberian husky is one modern dog that has strong genetic ties to ancient wolves in Eurasia. Deposit Photos
SHARE

Roughly 30,000 to 15,000 years ago, the first dogs emerged from gray wolves. Exactly when, where, and how this monumental event occurred isn’t known. For decades, geneticists and evolutionary biologists have been unable to come to a consensus on the long-standing mystery. However, a study published on June 29 in Nature may help narrow down the origins of our canine companions.

An international group of collaborators analyzed 72 genomes of ancient wolves from Europe, Siberia, and North America and compared them with modern wolves, as well as modern and ancient dogs. They determined that dogs are overall more genetically similar to ancient wolves from eastern Eurasia than those from western Eurasia. Additionally, the researchers found that ancient wolf populations remained closely related throughout much of the last 100,000 years and identified several mutations that may have helped the species weather the Ice Age.

“Overall, I found the study very exciting,” Benjamin N. Sacks, an evolutionary biologist at UC Davis who wasn’t involved in the research, said in an email. “The impressive chronology of ancient DNA samples from wolves provided an unprecedented window into the past.”

For their analysis, the researchers extracted DNA from the bones of 66 ancient wolves and sequenced their genomes. The team compared this genetic material with a handful of previously reported ancient wolf genomes, as well as data from 68 modern wolves, 369 modern and 33 ancient dogs, and several other members of the dog family.

On the whole, dogs were more closely related to ancient wolves from Asia than from Europe, says Anders Bergström, a geneticist at the Francis Crick Institute in London who co-authored the paper. But, he adds, “We also find that it gets a little more complex.”

Dogs from Siberia, the Americas, East Asia, and northeastern Europe primarily stem from wolves somewhere in eastern Eurasia. “That source [of ancestry] is present in all dogs, and it peaks in its largest amounts in dogs from Siberia and also China and Australia,” Bergström says, naming the Siberian husky and Australia’s dingo as examples of dogs with the most genetic overlap with eastern Eurasian wolves. Meanwhile, dogs from the Near East in Asia and Africa—such as the basenji, Afghan hound, and saluki—derive up to half their ancestry from a population related to modern southwest Eurasian wolves.

The results indicate that at least two different ancient wolf populations contributed DNA to dogs, Bergström says. One explanation is that dogs were domesticated from wolves in two separate regions, then met and bred later on. “But it’s also possible that domestication happened just once, and as dogs arrived from the east they mixed with the local wild wolves,” Bergström says. “We can see very clearly this dual ancestry, but we cannot yet say whether this represents more than one domestication.”

None of the ancient wolf genomes represent an immediate ancestor of early dogs. In the future, the researchers plan to examine genomes from more locations in hopes of pinpointing where dogs first emerged.

“While we do make some progress on where dogs fit into the wolf puzzle, we still haven’t solved the question of dog origins,” Bergström says. “The range of possibilities for where dogs came from is still quite large.”

He and his colleagues were also surprised to observe that distant wolf populations remained genetically similar to each other throughout the Late Pleistocene, which ended about 11,700 years ago. “We think this reflects a high degree of mobility of wolves in the Ice Age, and perhaps this is part of what allowed them to survive when many other animals disappeared,” Bergström says. “They were able to avoid getting fragmented into small isolated groups.”

[Related: Dogs know exactly what they’re doing when they give you the ‘puppy eyes’]

Additionally, the researchers identified several mutations that arose during the last 100,000 years and rapidly spread through the wolf gene pool. Some of these mutations appeared on a gene known as IFT88 between 40,000 and 30,000 years ago. In humans and mice, this gene is involved in the development of the cranium and mandible. It’s possible that the mutations made ancient wolves evolve jaws that helped them become more effective hunters or allowed them to pursue new sources of prey.

“We think this dramatic example of natural selection could reflect how wolves adapted…during the changing climate of the Ice Age,” Bergström says. He and his team also identified mutations on genes that play a role in olfaction, hinting that wolves may have improved their sense of smell during the Ice Age.

Many questions about the evolutionary history of wolves remain, Sacks noted. Ancient wolves from North America were more genetically distinct than other populations, perhaps as a result of mingling with coyotes. Understanding when this interbreeding occurred has “important implications” for demystifying the evolution of red and timber wolves in North America, Sacks said.

However, he added, the paper’s evidence for two sources of wolf ancestry in modern dogs fits genetic differences Sacks and his collaborators have independently observed in dogs from different parts of Asia and Australia.

“As the authors point out, however, there are still holes in need of filling before the story of dog origins is fully understood,” Sacks concluded.