The vast variety of southern African birds have different responses when it comes to rising heat. 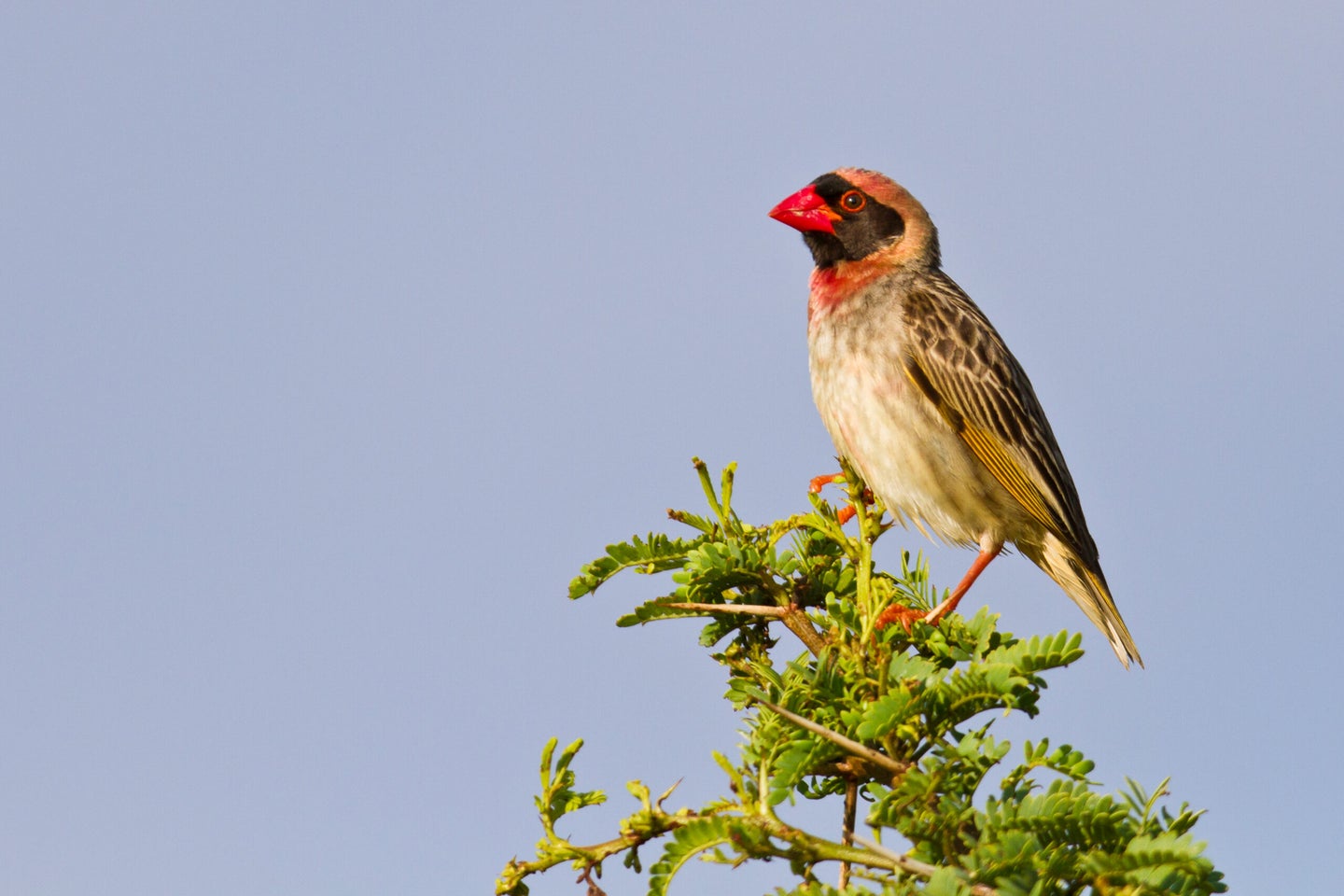 During the northern hemisphere summer of 2022, yet another round of extreme heat waves roasted Eurasia, North America and northern Africa – a stark reminder that these conditions are becoming the new normal.

These events can have a devastating impact on wildlife. For instance, reports of large-scale deaths of birds have become regular in recent years, as we’ve seen in Patagonia, Argentina and Spain.

These events underscore the need to understand the ability of birds (and other animals) to tolerate extreme heat. This information will be essential for predicting where and when future mortality events could occur. It can also tell us which species will be most affected.

Intriguingly, when we conducted a study to measure how much heat 53 bird species in southern Africa could stand, we found that species vary greatly in the way they handle heat.

This is an important finding. Previous research assumed that the body temperature response to extreme air temperatures for birds was similar between species. Predictions on how vulnerable birds are to climate change have been modelled with this thinking in mind.

Our study shows that the reality is more complex. Birds may have evolved depending on where they lived, to have variation in traits like body temperature and their ability to handle heat.

Assuming that birds all handle heat in the same way could result in predictions that don’t reflect how vulnerable they truly are to global warming. To improve the accuracy of such predictions, the body temperature limits of specific species need to be incorporated.

Body temperature regulation in the heat

We were particularly interested in the birds’ maximum body temperature. We measured this just before birds displayed symptoms such as loss of co-ordination and uncontrolled increases in body temperature. Both of those symptoms are associated with the onset of severe hyperthermia, or overheating.

In contrast, birds from warmer, humid regions tolerated air temperatures in the upper 40s before showing signs of severe hyperthermia. Their body temperatures increased on average by almost six degrees above normal levels of 38-41°C.

However one species, the red-billed quelea, which occurs across much of sub-Saharan Africa, could cope with a body temperature increase to an astounding 48°C without any ill effect. This was previously thought physiologically impossible among birds.

Why did birds evolve tolerance of such high body temperatures?

The answer, we think, is that birds from more humid areas have adapted to rely less on evaporative cooling during hot weather.

Evaporative cooling is when a bird loses heat by panting through its mouth or via other pathways. It is the only way a bird can offload heat when the temperature of its immediate surroundings is higher than its body temperature. So being able to tolerate a high body temperature allows a bird to survive in a humid area, where it can’t lose much heat by panting.

This suggests that being exposed to different climatic conditions has driven the evolution of differences in body temperature and heat tolerance among birds from different climates.

The findings of our study are highly relevant for understanding the risks posed by extreme heat waves to birds and other wildlife. For instance, our findings confirm previous suspicions that songbirds, which make up over half of all bird species on Earth, are particularly vulnerable to heatwaves.

Developing strategies to mitigate the effects of these events on birds and other wildlife is crucial, as extreme heat events are becoming more regular and widespread across southern Africa. They pose increasing risks to the region’s remarkable biodiversity.

These risks were dramatically illustrated in northern KwaZulu-Natal, South Africa, on 8 November 2020, when air temperatures in the Pongola area soared to 45°C by mid-afternoon. This caused huge numbers of birds to succumb. Approximately 90% of the bird carcasses found by field rangers in the nearby Phongolo Nature Reserve in the aftermath of the heat were those of songbirds.

Management interventions in protected areas may reduce the likelihood of future mortality events. Maintaining shady vegetation, for instance, provides cool places where birds can escape the worst of the heat. Free-standing water sources will also increase the likelihood that birds are able to defend body temperatures below lethal limits.

Ultimately, however, the only way to prevent large-scale losses of avian biodiversity – on account of rapid global warming – is the rapid decarbonisation of economies and a global transition to renewable energy sources.