Our seasons are out of whack, which is really bad for migratory birds

Spring is advancing much faster in northern areas than it is in southern areas throughout three migration routes. 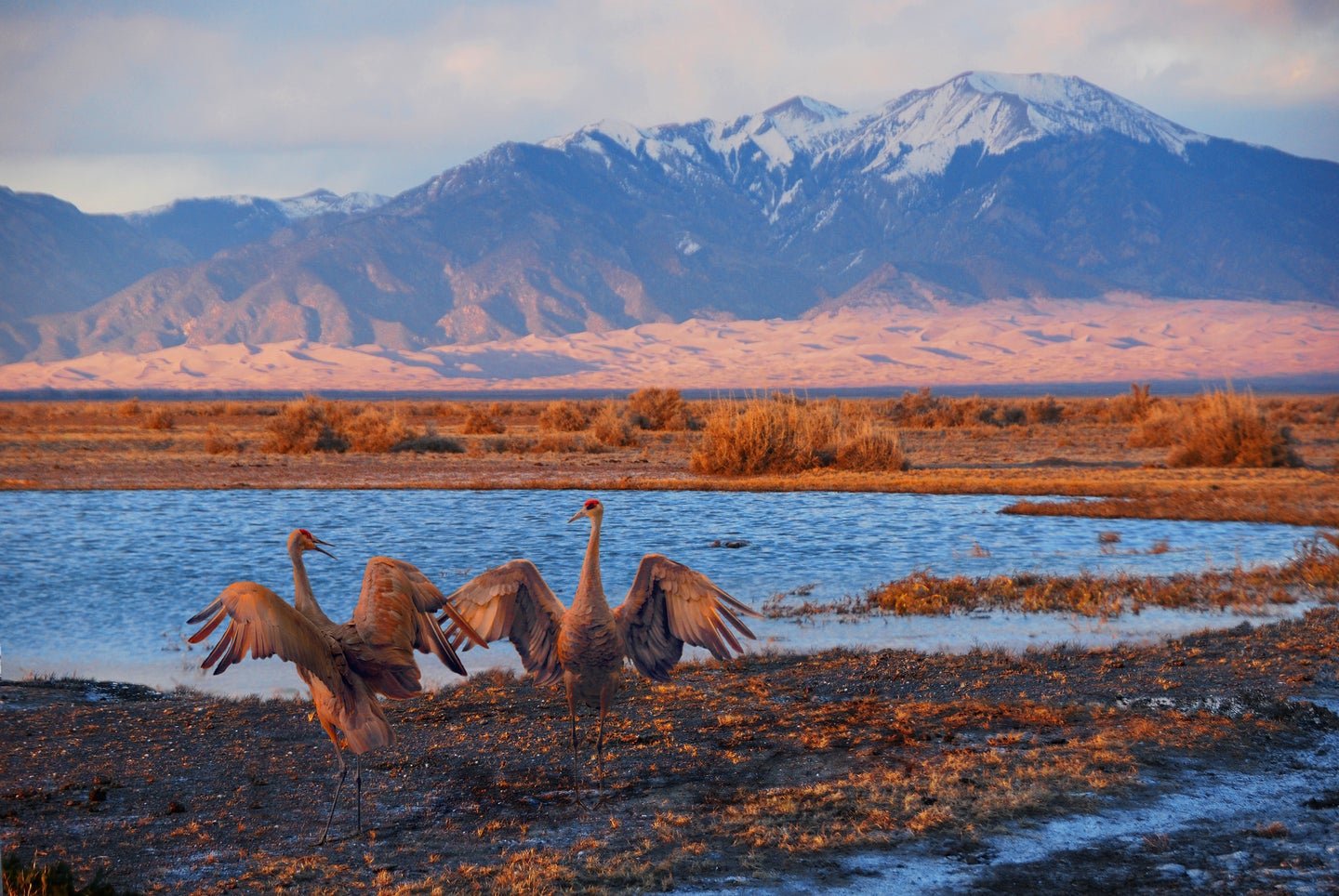 Generally in North America, spring is arriving earlier and earlier. But this shift isn’t uniform across the continent. That unevenness, according to a new study published in the journal PLOS One, has unfortunate consequences for migratory birds, whose trips correlate with seasonal changes.

The findings are just a glimpse into the complex ways climate change can upend the planet’s wildlife, in this case shifting seasonal norms that have been around thousands of years in just a few decades.

“Spring is arriving much earlier across most of North America, and there is important geographic variability to that change,” says Eric Waller, a researcher with the U.S. Geological Survey in California and the lead author of the new study. “These migrating species may have trouble accommodating that variability and may suffer declines in food resources, fitness, survival, breeding success, and ultimately the population of the species.”

Scientists have been observing signs of spring—trees growing leaves and budding flowers, plants resuming growth, insects hatching—earlier in the year. Bird migration is not only a signal that spring has arrived, it’s also a phenomenon that offers scientists insight into the living systems’ struggle to adapt to change. After all, migration is contingent on an entire hemisphere’s ability to exhibit dependable seasonal transitions.

“Bird migration is a very strong measure of climate change because arrival dates of birds are under strong stabilizing selection,” says Herb Wilson, a biologist at Colby College in Maine who was not involved with the study. “On the one hand, birds, particularly males, need to arrive on the breeding grounds as early as possible to claim the best territory. On the other hand, arriving too early risks starvation because the food they need is not available. There’s an optimal window of time for arrival, and the fact that this window is changing for many species is a strong indicator of climate change.”

In order to gauge what bird migration can tell us about climate change, Waller and his team dug into the USA National Phenology Network’s “Spring Index,” a database of annual climate data from 496 U.S. National Wildlife Refuges from 1901 to 2012. This details the appearance of leaves and flowers on deciduous trees as an indication of the timing of seasonal events.

The team compared those numbers to four different migratory flyways in North America (Pacific, Central, Mississippi, and Atlantic). They then investigated the implications on seasonal breeding and wintering areas of two bird species as case studies: the whooping crane and the blue-winged warbler.

Waller’s group found that, over the century, spring had arrived three to six days earlier on average across all major migratory routes, and this had created strong mismatches for some migrating species. For example, Waller and his colleagues found that there was up to 11 days of migratory asynchrony stretching across 30 degrees of latitude for birds using the Atlantic flyway route.

But more importantly, the team found that that spring comes earlier in northern areas than in southern ones throughout three migration routes, by an average of four to seven days (the exception being the Pacific route, where seasonal changes have been relatively uniform throughout). Spring was arriving earlier in 76 percent of the wildlife refuges studied, and “extremely” early (exceeding 95 percent of historical conditions) in 49 percent of refugees. Whooping crane and blue-winged warbler breeding sites were demonstrating significant advances timed to the arrival of spring, while wintering sites did not.

“This is especially concerning for endangered species such as the whooping crane, which do not have a lot of wiggle room in terms of habitat and population numbers,” says Waller. “The changes could result in decreases in some species and increases in others, including non-native species. Habitats are experiencing changes that may have dramatic ripple effects throughout ecosystems.”

Wilson describes the paper as “compelling,” particularly in its use of biological observations as a measure of climate versus temperature readings, but he does admit he’s not particularly surprised to see these trends manifest.

“Birds are sensitive sentinels of climate change,” he says. “Climate has obviously changed over the course of the earth’s history, but the rapidity with which warming is currently occurring is terrifying. It poses a real problem for environmental managers, as the paper argues forcefully.”

But, he says, “climate change and its impacts are complex in both space and time. More than just the timing of the arrival of spring would be needed to have a thorough understanding of the impacts of climate changes on migrating birds.” Using the whooping crane and blue-winged warbler as case studies is helpful, but investigating other species’ behaviors, with more detailed climate data, would bolster the findings.

Waller is not aware of a “Fall Index” that could be used to compare seasonal changes to fall migratory patterns, but he imagines these patterns would also be subject to temporal variability, and “would sort of mirror what was going on with the spring—an earlier spring would probably correspond with an area that’s experiencing a later fall.” And while changes in spring would affect the reproductive habits of birds, changes in the fall would have implications on the ability of parents to rear and protect new fledglings flying with them.

Nowadays, there’s even less ammunition for naysayers to decry climate change just because temperatures are lower in one place than they are somewhere else. Earth’s climate is a fractured system, even within regions. But for species that traverse those regions, it means adapting to a new set of weather-related problems. That spells bad news for a lot of birds.