Know the difference between heat stroke and heat exhaustion. One can kill you quickly.

Hot weather can be overwhelming. 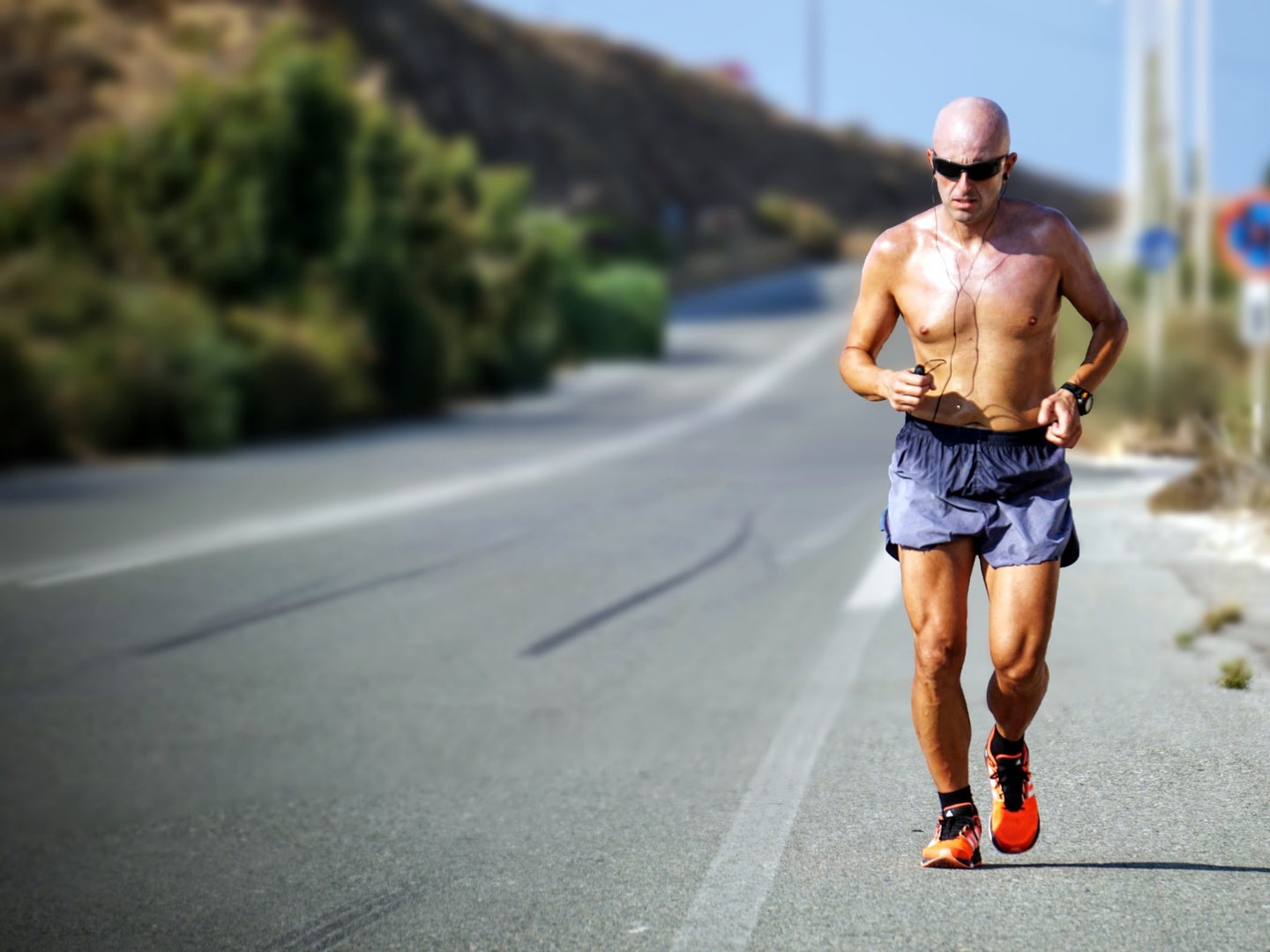 When you or a companion starts to struggle under the hot sun, you might suspect some kind of temperature-related sickness. But is it heat exhaustion or much more serious heat stroke? The difference could be a matter of life and death, so it’s critical to know how to tell them apart.

Each type of heat illness occurs when the human body can’t cool itself efficiently via thermoregulation. A root cause: dehydration. When our bodies are short on fluids, either because we haven’t had enough water or we’ve been sweating profusely, that perspiration—our built-in cooling system—dries up. That leaves us without an effective way to avoid overheating.

Heat sickness of any kind can happen whenever the mercury rises, but is most common in hot and humid areas of the world. How hot depends on many factors, but if the relative heat index (the combination of temperature and humidity) is higher than 91 degrees Fahrenheit, the risk increases.

How to tell the difference between heat exhaustion and heat stroke

Think of heat exhaustion as being physically overwhelmed by rising thermometer readings. If your body can’t manage the stress of increasing heat, it will call for help, usually via symptoms such as muscle cramps, general fatigue or weakness, heavy sweating, a fast but weakened heart rate, nausea, and dizziness.

Heat stroke, on the other hand, can be life-threatening and is frequently related to overexertion (though it can also affect young children, older adults, and other people whose bodies regulate temperature inefficiently in chronically hot environments). Think of a trail runner attempting to run 5 miles in 30 minutes on a humid, 90-degree day. Because she is pushing herself so hard, heat stroke hits out of nowhere, stopping her in her tracks.

Her pulse will likely be fast and strong; her skin red, dry, and hot to the touch; she’ll have a throbbing headache; and her body temperature will rise to around 104 degrees. Contrary to popular belief, though, she won’t necessarily stop sweating. Take this as a warning: don’t rely on lack of perspiration as your go-to heat stroke indicator.

Unlike heat exhaustion, heat stroke is more than physical—it also affects the brain. Mental issues such as confusion and loss of consciousness are serious and life-threatening symptoms.

Even worse: You can get heat stroke without any warning signs. “It can come on very quickly,” says Tod Schimelpfenig, wilderness medicine curriculum director at the National Outdoor Leadership School.

How to treat heat exhaustion and heat stroke

Once you’ve identified the type of heat illness, you’ll know how to fix it.

Both treatment regimes involve cooling off, but speed is critical when you’re dealing with heat stroke—it’s a true medical emergency. You’ll want to get the affected person’s temperature down as quickly as possible. If you’re alone, especially in the wild, be sure to call for help as soon as you think you might be in trouble. Once your mental status erodes, your chances of finding aid and making it back to civilization on your own are slim.

If another person has fallen victim, however, you should immerse them in the coldest water you can find. If there isn’t any, mimic the effect by soaking their clothing and hair with drinking water and laying them in a cool, shady place. Fan the patient, continue dousing them with water, and call for help. It’s unlikely they will be able to move on their own, so rescuers will have to come to you.

Speed is important because if their body temperature stays sky-high for too long, it could damage their central nervous system, impair brain function, and even cause organ failure. At temperatures above 104, cell proteins change shape and fall apart, Schimelpfenig says. Then, membranes around those cells start breaking down. So does the gut wall, which can become infected and septic as bacteria and toxins begin moving across it. Even brain cells may begin to denature.

[Related: How to find drinkable water in the wild]

Heat exhaustion, on the other hand, is easier to handle on your own. Once you’ve ruled out heat stroke, you’ve got to figure out why you’re suffering. Chances are, your body is stressed by heat and unable to regulate it, so you’ll have to eliminate that stress, Schimelpfenig says.

Stop all activity, move to the shade, sit in a cool stream, or lie down out of the sun, and hydrate yourself with water and electrolytes. Then wait. “Don’t be impatient,” Schimelpfenig adds. It might take longer than you expect to cool down, so be prepared to rest for up to an hour.

When you think you’re feeling OK, make sure. Sit up or stand up, take a few steps, and go to the bathroom to ensure you’re not still dehydrated (dark, stinky urine is a sign that you are). If you’re not dizzy or nauseous and your heart rate feels normal, it’s probably safe to move on. But take care not to overexert yourself again and keep drinking plenty of water.

But it’s still possible, so you should address any symptoms of heat exhaustion right away to keep it from getting worse.

How to prevent heat illness

Fortunately, both types of heat sickness are preventable. Reducing your risk starts with preparation: wear a wide-brimmed hat and thin, loose-fitting, long-sleeved clothing to keep the sun from burning your skin, and complement your ample personal water supply with electrolytes like Gatorade or powdered drink mixes to replenish the salt your body will lose through sweat.

Keep out of the sun whenever you can, rest in shade if it’s available, and consider being active during cooler hours of the day instead of mid-afternoon. Don’t forget to factor in humidity: high humidity can make it feel much hotter than the thermometer says.

If you can, give yourself a chance to acclimatize to warm temps before participating in intense outdoor activity, especially if you’re not used to them. A backpacker from Minnesota, for example, may succumb to heat illness more easily when hiking in Texas than someone from Arizona. Our bodies get used to new climates in about 10-14 days, Schimelpfenig says. Once you’re accustomed to a warm climate, your body will produce less-salty sweat, meaning it retains more precious electrolytes to help keep you hydrated.

It’s also important to consider other risks. As we’ve mentioned, children under 4 years old and adults over 65 are more susceptible to heat illness because their bodies don’t regulate temperature efficiently. Having more body fat also puts you at higher risk because it retains more heat, making cooling down more difficult. What you are wearing (thick, heavy clothing can exacerbate heat illness), overexertion, even recent alcohol consumption may play a part in whether your body can properly regulate its internal temperature. Some good news, though: if you have suffered from heat exhaustion before, you’re not automatically more susceptible to it.

So before you head outdoors for warm-weather recreation or any other activity this summer, learn the warning signs and symptoms of heat illness, know how to treat heat stroke and heat exhaustion and when to call for help, and always be prepared with the right clothing, plenty of water, and electrolytes. Because as Schimelpfenig puts it, “These are leadership problems before they are medical problems. Most of this can be prevented if you just go outdoors prepared.”