Residential and migratory birds are changing their geographic ranges in different ways. 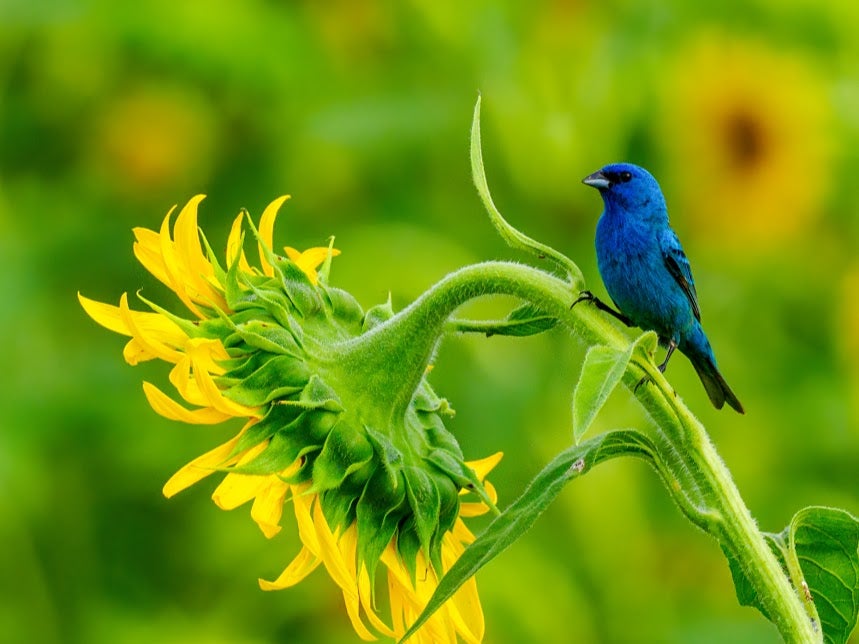 Migratory birds may be particularly vulnerable to the impacts of climate change compared with birds that stay put during the winter, scientists reported May 26 in Proceedings of the National Academy of Sciences. The researchers found that residential birds in North America have expanded their ranges into warming northerly areas since the 1970s, while the breeding grounds occupied by migratory birds have shrunk.

The new paper “shows that what happens during migration or the winter can have these carryover effects that constrain or enable responses to climate change,” says Julie Heath, a professor of biological sciences at Boise State University who was not involved with the research.

In recent decades, many bird species have become less abundant across North America. A study published last fall in the journal Science found that the adult bird population has dropped by nearly 3 billion since 1970, with migratory species hit particularly hard. Habitat loss is the primary reason for this decline, although other threats such as pesticides and feral and outdoor cats are also taking a toll on birds.

While climate change is not the main culprit, however, the new findings suggest that it might act as a “threat multiplier,” says Clark Rushing, an assistant professor of ecology at Utah State University in Logan and coauthor of the new study. “These species that are already facing habitat loss and [other] types of threats are going to have a harder time adapting to changing conditions in the future if they have trouble shifting where they can breed,” he says.

He and his colleagues analyzed data collected by volunteer birders from 1972 to 2015 for the United States Geological Survey’s annual North American Breeding Bird Survey. The researchers focused on 32 species whose entire breeding grounds fell within the area covered by the survey. These included residential species like Carolina wrens and tufted titmice, as well as indigo buntings, hooded warblers, and other birds that spend their winters in Central America, the Caribbean, and South America. Scientists have often used the survey to investigate how bird populations have changed over the past 50 or so years. For the new study, Rushing and his team were more interested in where the birds were being spotted and whether their distributions were changing over time.

They saw that over the course of 43 years, birds that remain in place year-round or only migrate short distances have pushed the boundaries of their ranges northward by about half a degree in latitude (roughly 35 miles). By contrast, the total areas where long-distance migrants were spotted became smaller, with the southern boundaries of their breeding grounds edging northward.

The researchers included only birds from the eastern half of North America in their analysis.

“We purposefully picked a group of species that share similar habitat preferences,” Rushing says. If habitat destruction were forcing the birds to alter their ranges, the researchers would have expected to see a similar pattern across all the species they studied. The fact that migratory and residential birds responded so differently suggested that something else was driving their behavior.

As the continent has heated up over the past half-century, scientists have seen butterflies, birds, and a number of other animals venture into new territory. “For the resident species, this kind of slow, steady march north—which is exactly what we would predict under climate change—gives us some confidence that those birds are responding to climate change,” Rushing says.

The reason that migratory birds reacted so differently could be related to how they time their spring voyage, he says. When winter fades in temperate habitats, there is an explosion of fresh greenery—and of caterpillars and other nutrient-packed insects that growing chicks depend on. Birds that arrive too late miss out on this feast and may not be able to feed all their offspring.

“Spring is happening earlier and earlier, but there’s some concern that migratory birds can’t keep pace with that change,” Rushing says. “If they’re showing up at the same time they always have, they’re kind of getting the rug pulled out underneath them when they get to the breeding grounds.”

Residential birds, on the other hand, are present whenever spring begins. “They can pick up on cues in the environment,” says Heath, who has also studied how climate change is impacting where migratory birds live. “Birds that are residential might be able to remain in their southern range because they can advance the timing of their breeding season to coincide with that earlier spring.”

One reason why migratory birds aren’t pushing into new northern territory could be the distance from their winter homes is simply too great. “They may already be right on the edge of how far they can migrate and survive those migration journeys to breed successfully,” Rushing says. Climate change may be exacerbating this problem by lessening rainfall in Central America and the Caribbean. “If it’s a dry winter, it’s harder for birds to find food and build up fat and energy reserves to undertake these epic thousands-of-miles spring migrations.”

In the future, Rushing and his colleagues plan to investigate whether birds that live in western North America or in other parts of the world are making similar adjustments to their geographic ranges. Birds in the mountainous western United States may face different impacts from climate change than their eastern brethren, he says, so they might not be shifting their ranges in quite the same way.