Before we knew how bird migration worked, scientists had some truly wild theories

One idea is that birds did winter vacation on the moon. 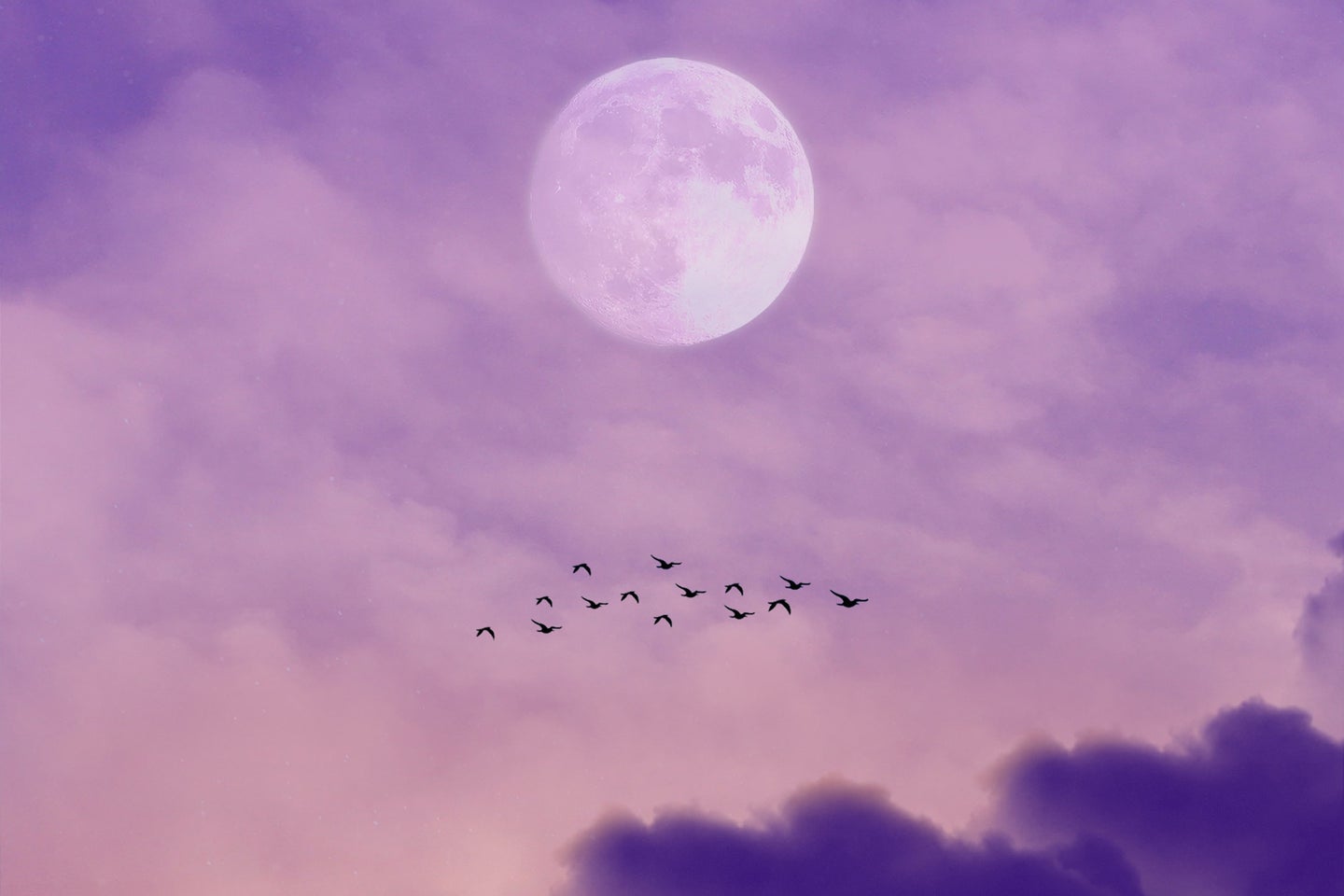 As winter approached in Europe, numerous species of bird flew away somewhere or just vanished. No one knew where they went. Silas Peters/Unsplash
SHARE

Alice Gorman is a leader in the emerging field of space archaeology. She is a Senior Member of the American Institute of Aeronautics and Astronautics and Associate Professor at Flinders University, Adelaide, and the author of “Dr Space Junk Vs The Universe,” from which this article is excerpted.

This story originally featured on the MIT Press Reader.

Unlike the stars, the moon is close enough for people to envision traveling there. My favorite method of space travel was devised by French writer Cyrano de Bergerac. In his satirical work “A Voyage to the Moon,” published in 1657, he used impeccable logic. Observing that every morning as the Sun rises, dew is drawn upwards in the process of evaporation, he decided to take advantage of this:

I planted my self in the middle of a great many Glasses full of Dew, tied fast about me; upon which the Sun so violently darted his Rays, that the Heat, which attracted them, as it does the thickest Clouds, carried me up so high, that at length I found my self above the middle Region of the Air.

Once aloft, navigating wasn’t as easy as he had imagined: Instead of carrying him straight upwards to the moon, he found himself moving further away from it. He was forced to break some of the glass vials, in which he collected the dew for this enterprise, to descend again.

On Cyrano’s next attempt, it was tiers of fireworks — a staged rocket — that propelled him to the moon. This time he met there a little old Spanish man, who had arrived in an equally fantastical manner. Apparently,birds someone got to the moon before Cyrano. How, and why?

The story of the Spaniard is not just about travel to the moon, but also about a terrestrial phenomenon that was one of the great scientific mysteries from the ancient Greeks to the 17th century: Where did the birds go in winter? This was an annual event: As the winter approached in Europe, numerous species of bird flew away somewhere or just vanished. No one knew where they went.

In the 4th century BCE, the philosopher Aristotle had two theories about this. He postulated that they hibernated during the winter as other animals did. Swallows, for example, encased themselves in little balls of clay and sank out of sight to the bottom of swamps. His other idea was that the missing species transformed themselves into the birds that did stick around for the winter, and changed back when summer came.

The little old man in de Bergerac’s tale was an imagined Spanish soldier called Domingo Gonsales, and he was the hero of another story. In 1638, just a couple of decades before Cyrano’s “A Voyage to the Moon” became available, the English cleric Francis Godwin published “The Man in the Moone,” a fictional account of Gonsales’ lunar adventure. In the book, Gonsales trained 25 swans to pull an ‘engine’ he had made. One day, he took a jaunt in his swan carriage which happened to coincide with the time birds were accustomed to disappear, as it seemed, from Earth.

Gonsales was about to find out the answer to the mystery. To his surprise, the swans flew upwards, until they reached what we would think of as orbit and became weightless. French scientist Blaise Pascal’s experiments demonstrating the lack of atmosphere in space had not yet filtered through to Godwin, as both birds and man breathed as usual. In 12 days they reached the Moon, where he found other migrating terrestrial birds, such as swallows, nightingales, and woodcocks. When the swans started to show signs of agitation, he divined that they were ready to return to Earth; and so he harnessed them again and sailed home in nine days, gravitational pull on his side.

This was a ripping yarn for sure, but some thought it was a plausible alternative to Aristotle’s theories, especially as there was a Biblical passage that seemed to allude to it. In the King James translation, it goes:

Yea, the stork in the heaven knoweth her appointed times; and the turtle and the crane and the swallow observe the time of their coming (Jeremiah 8:7).

In 1684, an anonymous professor, most likely renegade physicist Charles Morton, published a pamphlet entitled “An Enquiry into the Physical and Literal Sense of that Scripture.” An interesting character, Morton took the revolutionary approach of teaching in English rather than Latin, was arrested for this, and forced to flee to America. As well as writing one of America’s most widely used physics textbooks before Isaac Newton turned everything upside down with calculus and universal gravitation, Morton wrote about alchemy and astrology. It seems he’d read Godwin’s tale of the lunar swan vehicle. In the pamphlet, he advanced a scientific argument that birds really did winter on the moon. And if birds could do it, then surely humans, though unwinged, could follow.

Morton rejected Aristotle’s widely accepted hibernation theory, and pointed out a major flaw in the theory that the birds simply migrated to another place on Earth: No one in Europe knew where they went. They literally disappeared. He argued that returning birds, like woodcocks, appeared to drop suddenly from the sky over ships at sea.

Their round trip to the moon took one month each way, taking the distance to the moon and the length of their absence into account. There was no atmospheric resistance to impede their flight (so he had taken on board that much of Pascal’s conclusions) and the journey between the worlds was aided by lack of gravity. They slept for much of it, living off their body fat. It was all logical enough, in its own way.

There were many factors that led to the recognition that birds migrate to other continents rather than the moon, but one which is pretty astonishing came about in 1882 in Mecklenburg, Germany. Someone shot a white stork, and when it fell, they saw that the stork had survived a previous attempt on its life. There was a spear embedded in its neck. Intrigued, the hunters took it to the nearby University of Rostock, where the spear was identified as “Central African.” The stork had, therefore, flown about 3,000 miles pierced with a two-and-a-half foot iron-tipped spear. It became known as the Pfeilstorch (arrow-stork). It was taxidermied and is in the University of Rostock’s zoological collection, where you can see it today.

In October 1895, an amateur astronomer in Beirut, using a 12-inch refracting telescope, watched 50 to 60 birds in groups of two or three fly south past the disc of the moon as it hung low on the horizon over a period of a few hours. He was clearly mesmerized by the spectacle. It’s likely that these were white storks, flocks of which fly over Lebanon in autumn on their way south. Charles Morton, had he access to a telescope, would probably have interpreted this as further evidence of lunar migration.

When humans finally got to the moon in the 1960s, it was on staged rockets much more sophisticated than Cyrano’s firework-propelled lunar vehicle imagined over 300 years earlier. By this time, we already knew that the moon had no atmosphere. The birds of Earth would have been unable to fly.