Genetics seem to help the world’s most wide-ranging bird of prey fly thousands of miles each year. 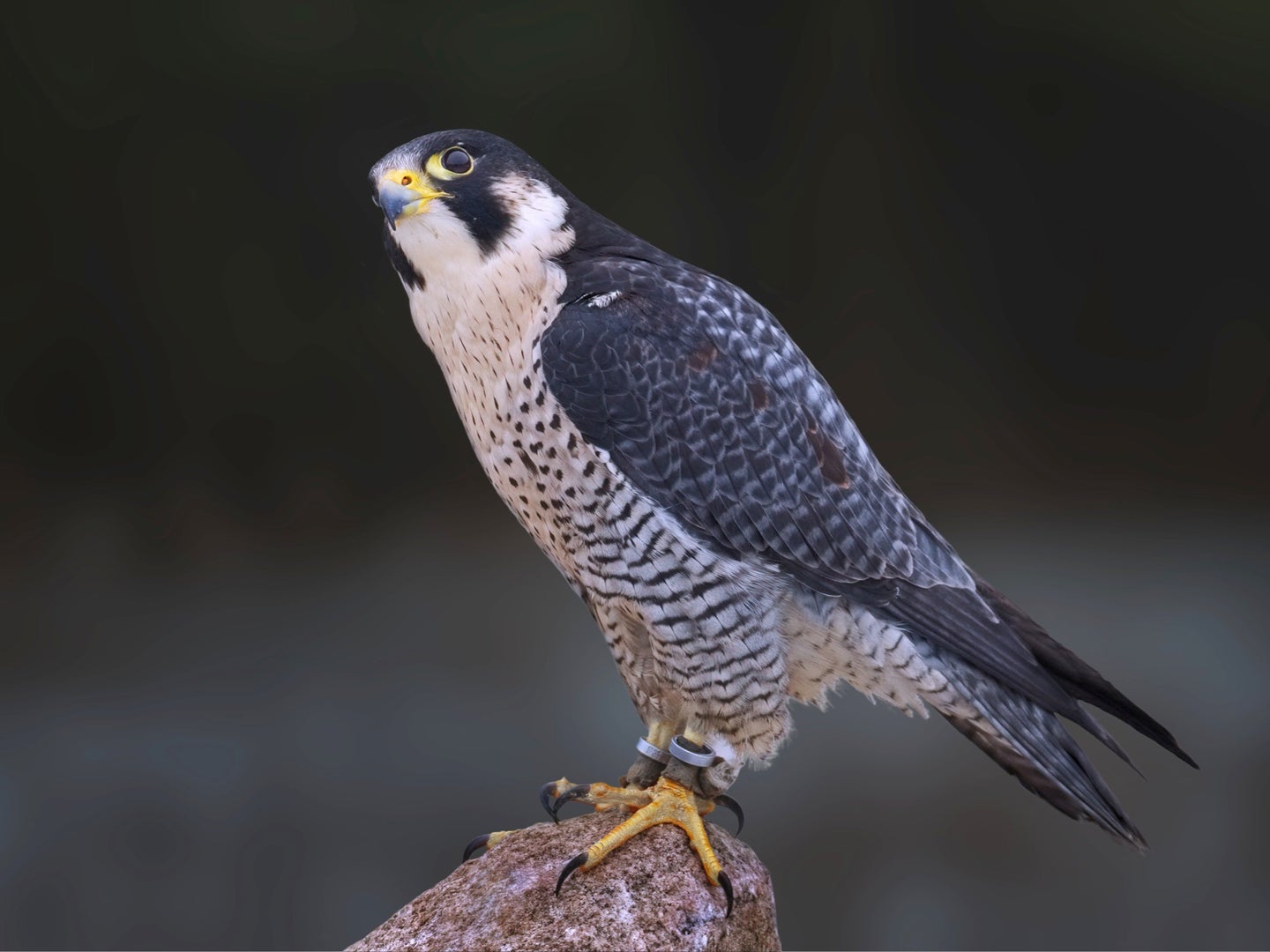 The peregrine falcon is best-known as the fastest animal on earth, but it’s got a second superlative: it’s the most wide-ranging bird of prey. Peregrines live on every continent except Antarctica, and make homes everywhere from Papua New Guinea to the desert Southwest to Chicago skyscrapers.

Some of those populations breed high in the Arctic tundra, and individual peregrines fly for thousands of miles and across multiple continents to nest on cliff banks along Arctic rivers.

New research published today in Nature sheds light on how exactly the furthest ranging birds navigate over such long distances. According to their analysis, it may have to do with the genetics of long term memory. The birds that fly the longest may be excellent at remembering where they’re going.

Most explanations of long-distance migration, explains author Michael Bruford, a conservation biologist at Cardiff University in Wales, tend to focus on physical traits, like the ability to sense magnetic fields. “I don’t think people thought memory would be that important,” he says. And that’s what his team suspected as well, from the outset.

The research came out of a multiyear process of tagging and tracking individual peregrines, which make the month-long trips solo. But when the scientists mapped out the habits of those birds, it became clear that they clustered into five distinct migration paths: one from Europe to the European Arctic, one from North Africa and the Mediterrranean to central Russia, one from the Indian subcontinent to Siberia, and two over East Asia to northeast Russia.

The birds that flew along East Asia, including several individuals that made it to Indonesia, made substantially longer trips. Some travelled as far as 7,000 miles each migration.

And an extremely telling gene, ADCY8, varied considerably between the long-distance migrants and their peers. “That gene is not any old housekeeping gene,” Bruford says. “It’s been shown already to be involved in long-term memory.”

Previous studies have shown that ADCY8 plays a role in how adept mice and rats are at solving mazes over time, and the gene “seems to be ubiquitous among vertebrates,” said Bruford, suggesting that it plays some kind of foundational role in our biology.

Prior research had also found that, in at least one population of Swainson’s thrushes, migration patterns were linked to different genetics. But the research didn’t show a clear picture of how those genes might change behavior.

The fact that ADCY8 was already known to play a role in cognition strengthens the argument that it helps the peregrines migrate. And, says Bruford, peregrines are already known to have good memories and eyesight, so it makes sense that they might navigate using those tools. “They seem to be able to differentiate landscapes and land-use very precisely, possibly because they’re so dependent on medium-sized birds to prey, and the association between the abundance of those birds and habitat is particularly important for them.”

But, Bruford cautions, “memory probably can’t explain all of it,” although the other tools remain unknown.

The other key finding from the migration mapping, he says, has to do with whether the populations can adapt as the climate changes. Many of those nesting banks are warming quickly, and the temperature zone where the European falcons breed is likely to move out into the Arctic Ocean within decades. By 2070, those populations of migrating birds are likely to be gone.

The long-distance migrators to the east, meanwhile, will need to travel further north to hit that sweet spot, and some of them may stop migrating altogether. “If you are the population migrating into China,” Bruford says, “You can imagine there might be really substantial change along the flyway, and the cues the birds are using from memory to get to their wintering sites may be lost.”

On a population level, Bruford says, that’s not necessarily concerning. “The peregrine falcon does pretty well actually colonizing urban environments,” and populations have rebounded since certain pesticides like DDT were banned.