Hopping parrotlets could teach robots how to fly

And help us learn about dinosaurs, too 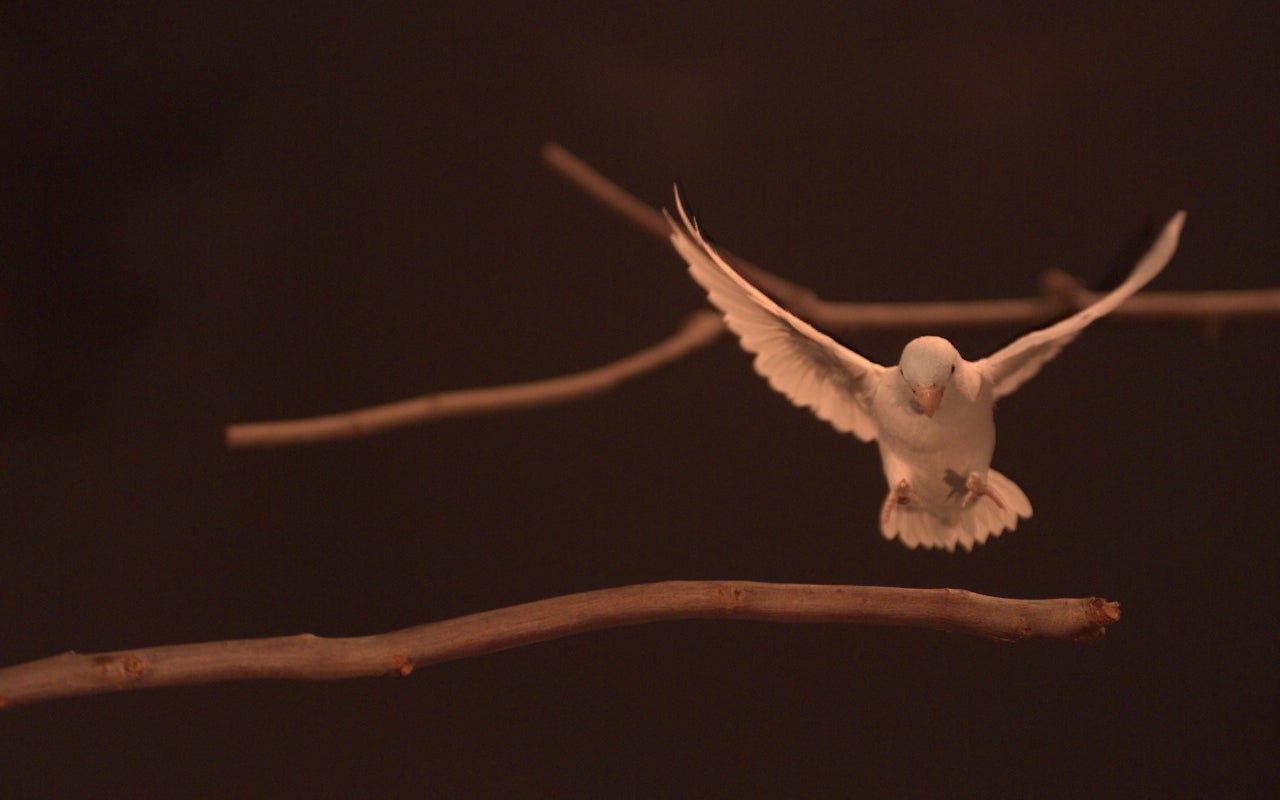 We often use “as the crow flies” to describe the most direct line between two points. But flying isn’t always the most efficient way to get around. Just take a look at parrotlets.

Parrotlets are, rather self-explanatorily, small parrots. They’re easily trained, and when it comes to flying, they’re a more generalized group of species than, say, hummingbirds, which have evolved a peculiar, hovering flight. This combo of characteristics make parrotlets some of the best lab assistants when it comes to looking into the origins of flight.

In a study published Wednesday in Science Advances, researchers found that parrotlets conserved their energy on short jaunts from perch to perch by getting a jumping or hopping start to their journey. If that.

“There was one bird that would basically do the splits,” Chin laughs. As the researchers increased the distance between perches, the parrotlets started to add in more and more wingbeats.

But these weren’t full wingbeats, like if you raised your arms over your head and lowered them all the way back down to your sides. Instead, these lil wingbeats were smaller and shorter, as though a person raised and lowered their arms only a small amount—only parallel to the floor, instead of perpendicular to it.

The birds use this behavior when foraging for food in trees, leaning their body forward and jumping towards the next branch, supporting their body weight with short flaps of their wings. It’s a behavior that uses less energy than full-fledged flight.

Chin and colleagues think that this behavior might give us a window into the evolutionary origins of flight in the ancestors of birds, including feathered dinosaurs. Using computer models, they found that adding only a single proto-wingbeat to a long-jump movement could have extended a feathered dinosaur’s range. For larger feathered dinos, the increase was small, but as time went on and dinosaurs got smaller, the advantages of the proto-wingbeat increased dramatically.

“This is a possible mechanism to develop their foraging flight skills,” Chin explains, noting that flying or moving between branches in an efficient manner would have allowed birds and their ancestors to gain more from their foraging behavior, saving their energy for when they needed it.

“In this case there would be seeds or other plants or insects that would be nearby,” Chin says. “They would want a pretty efficient way to go between different branches.”

Models also show that those short, quick hops can give birds the necessary tools and motions to eventually graduate to longer flights with more traditional flapping.

In addition to teaching us more about how birds hop around in trees, and how dinosaurs might have hopped around in way older trees, this study also has implications for the design of robots that need to traverse difficult or varied terrain.

Chin used her data (and data from previous studies) to put together a model showing the optimal angle for takeoff, and calculating the energy costs associated with movements like the proto-wingbeats. This could help with the design of robots with both legs and wings. By conserving energy and using the most efficient motions to get around a cluttered area, a robot could significantly extend its range.

Future research efforts will focus on building those robots, and also look into how birds like parrotlets manage to stick the landing on so many varied surfaces.