Your Dog Can Understand Vocabulary, And Your Tone Of Voice

Researchers delve into the secret life of pets 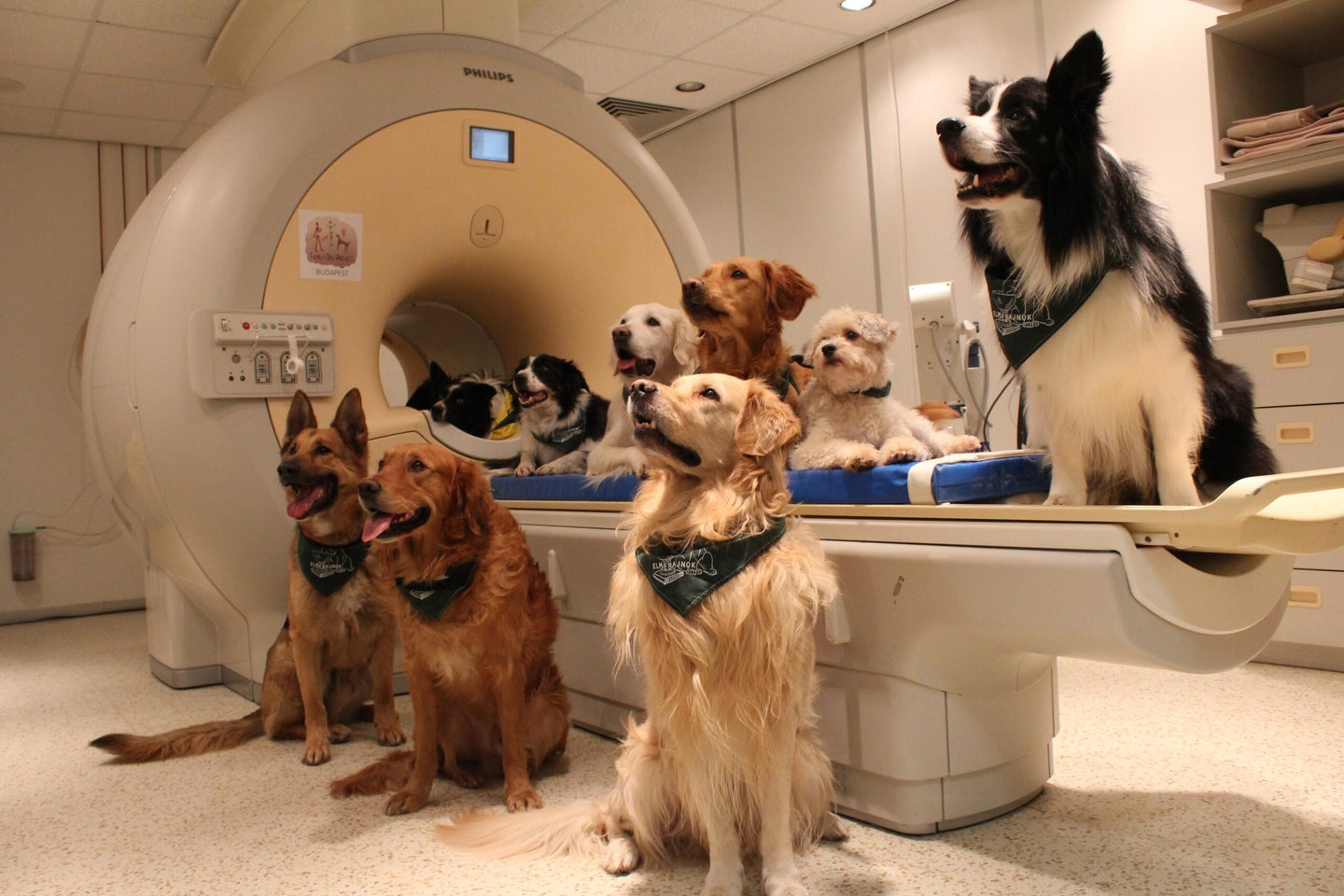 According to a new study that will be published in Science this week, dogs understand more that you'd think. Using functional magnetic resonance imaging technology (fMRI) researchers were able to observe the brain activity in dogs as they listened to their trainer's voices. Here, these very good dogs pose near the fMRI machine used in the study. Enikő Kubinyi
SHARE

Any dog owner can tell you, dogs are excellent listeners. But how much do they really understand?

According to a new study that will be published in Science this week, they understand more that you’d think.

Using functional magnetic resonance imaging technology (fMRI) researchers were able to observe the brain activity in dogs as they listened to their trainer’s voices.

The study involved 13 dogs (six border collies, four golden retrievers, one German shepherd, and one Chinese crested) volunteered by their human families to participate in the research. The dogs were specially trained to lie very still inside the fMRI scanner, and were free to get up during the study if they wanted to. But they were all very good dogs, and managed to stay still enough during the testing for researchers to get data on all 13.

All phrases were Hungarian expressions (the researchers were from Eötvös Loránd University in Budapest) used by all of the dogs’ owners to praise the pups.

The praise phrases were: azaz, meaning “that’s it”; ügyes, which means “clever”; and jól van, which translates to “well done.” The neutral phrases were: akár, which means “as if”; olyan, meaning “such”; and mégsem, which means “yet.” Each of the neutral words was selected for it’s phonetic similarity to the praise words, and for having no real meaning to the dogs. (Using the words for “bath” or “let’s go to the vet,” which dogs might associate with activities, might have thrown off the study.)

When the dogs listened to a recording of their trainer saying the words in each of the combinations of phrases and tone the researchers found that while the dogs recognized praise words, their reward centers of the brain only activated when they heard praise words in a praising tone.

“During speech processing, there is a well-known distribution of labor in the human brain. It is mainly the left hemisphere’s job to process word meaning, and the right hemisphere’s job to process intonation. The human brain not only separately analyzes what we say and how we say it, but also integrates the two types of information, to arrive at a unified meaning. Our findings suggest that dogs can also do all that, and they use very similar brain mechanisms,” lead researcher Attila Andics said. 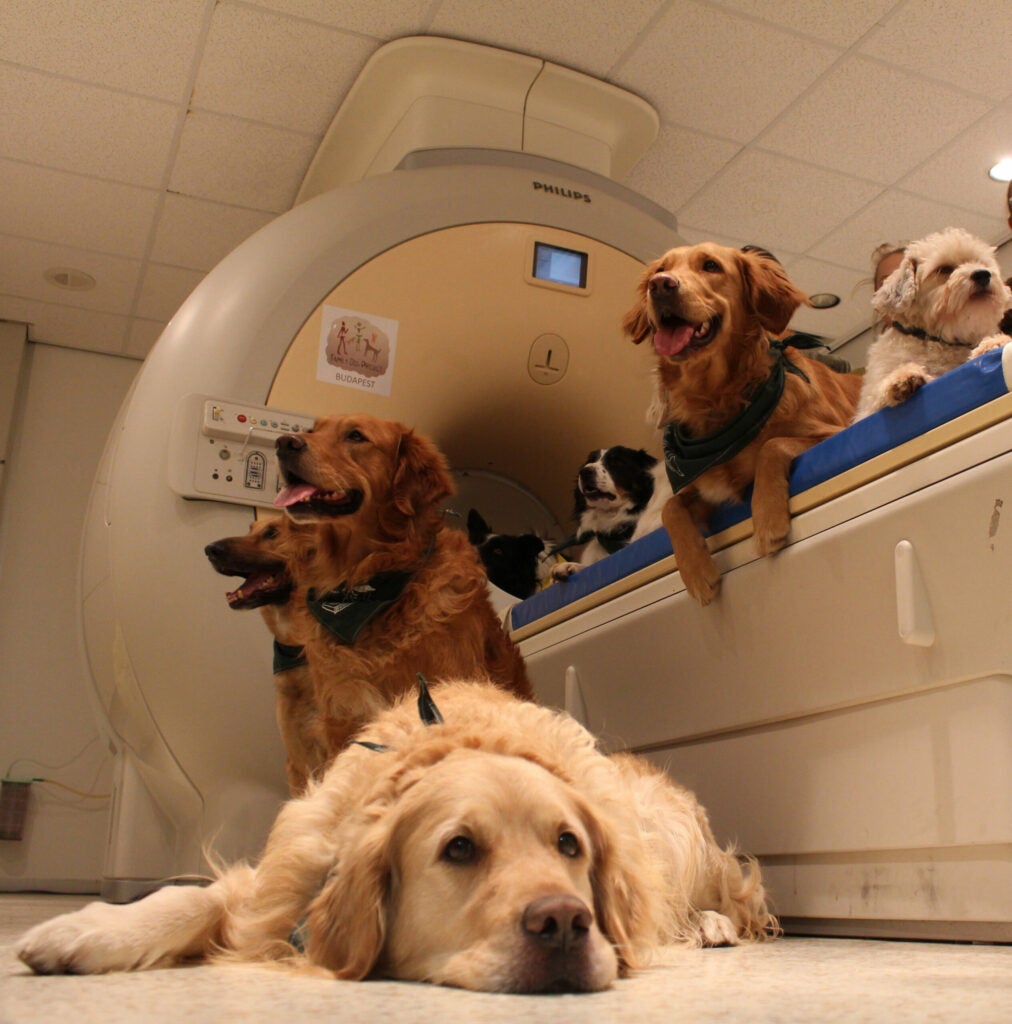 Dogs lying next to scanner

The 13 dogs were trained to lie very still in the scanner during the tests. 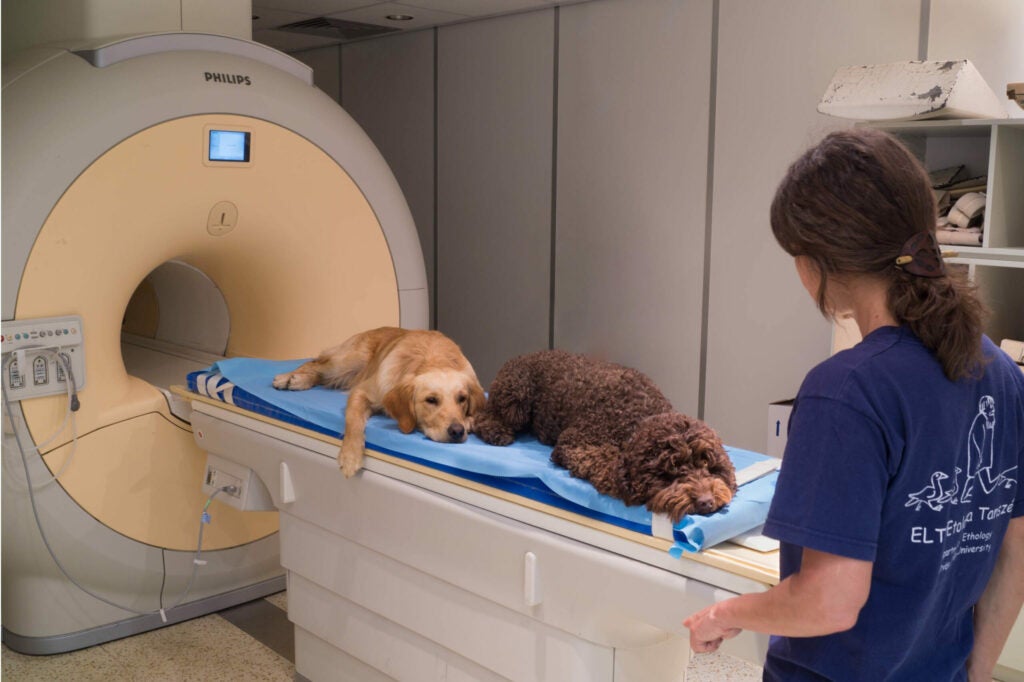 Two of the adorable test subjects practicing for the study. 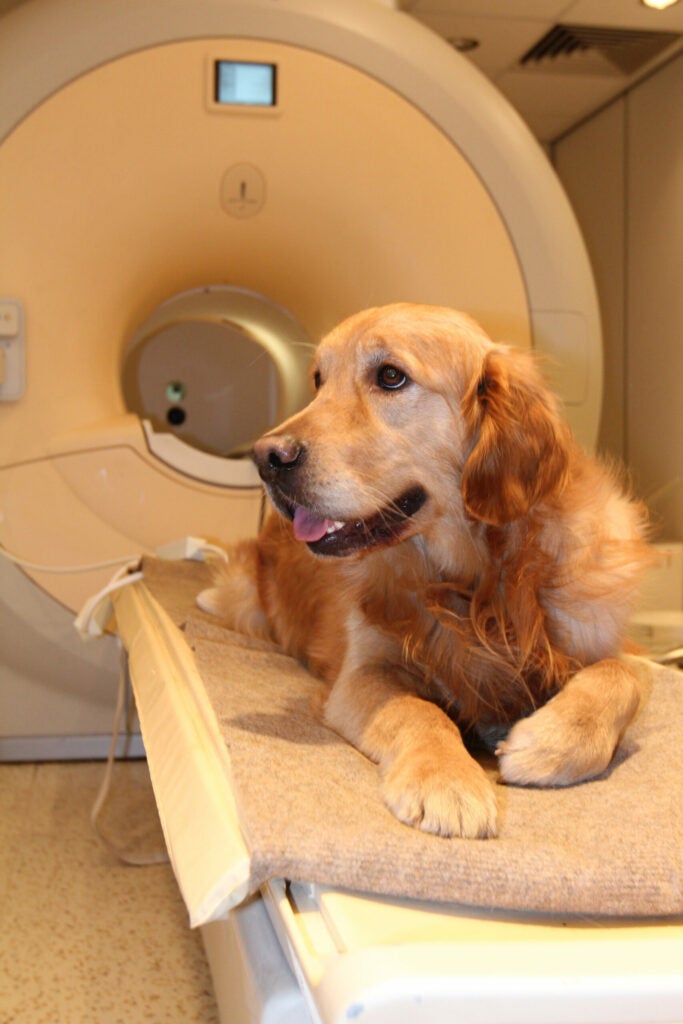 Ready for the scanner

The dogs used in the study were all volunteered by their families for the work. 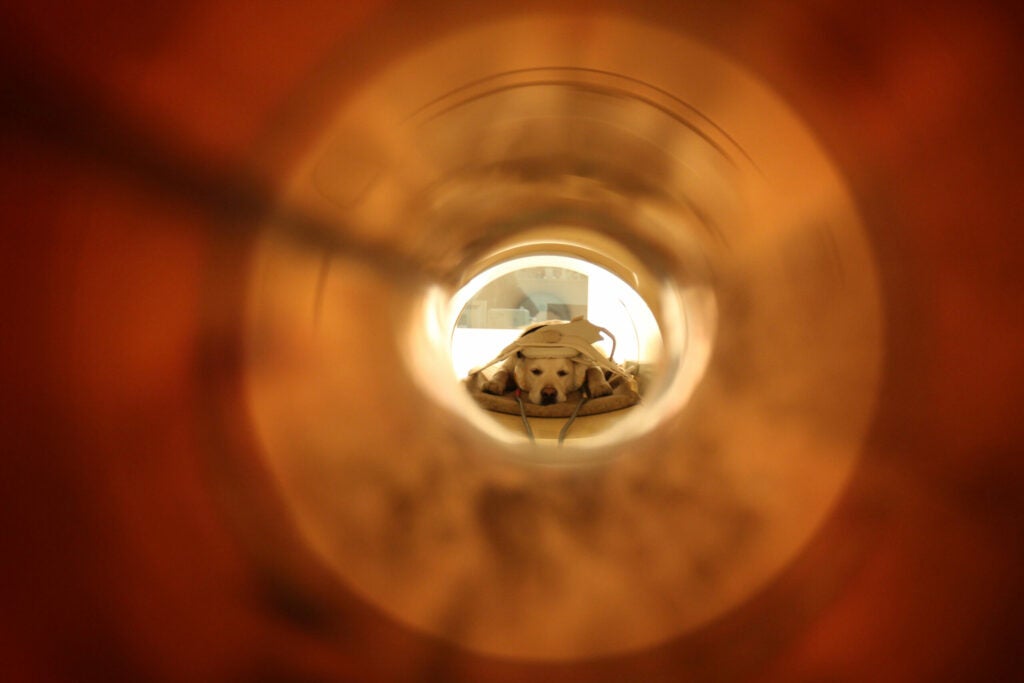 Waiting for the test to start