Growing plants in vinegar could help them survive drought 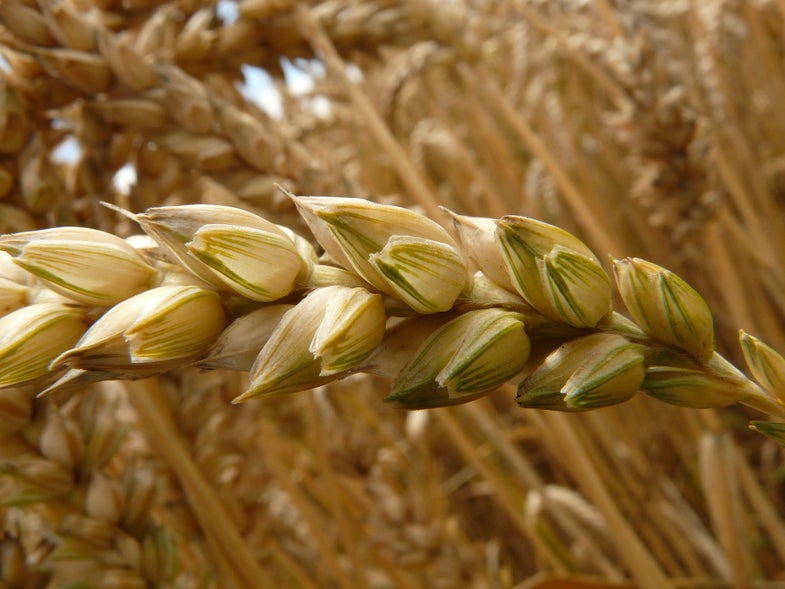 With the threat of climate change looming, farmers and scientists alike are realizing that crops have become more resistant to events like droughts if we want to maintain a reliable food source.

It sounds—and sort of looks—like something out of a middle school science experiment, but according to a study done at RIKEN Center for Sustainable Resource Science in Japan, a new and simple way to increase a plant’s drought tolerance is to grow it in vinegar.

This discovery began as an investigation into a mutant of the Arabidopsis plant that seemed especially resilient in dry conditions. These plants have a mutation to the enzyme HDA6, allowing them to grow in less-than-perfect conditions.

In normal plants, HDA6 is linked to the biological pathway that produces acetate (a salt formed by acetic acid, and the main component of vinegar) during a drought, which helps keep the sprouts alive.

“HDA6 directly represses acetic acid biosynthesis genes under normal conditions,” says study author Jong Myong Kim, a research scientist at RIKEN in Japan. “On the other hand, under drought conditions, HDA6 is removed from these gene regions, then acetic acid is produced especially.”

The enzyme acts as a switch of sorts, its absence signaling during times of stress that it’s time for a plant to transition from the normal breakdown of sugar for energy to the production of acetate. But that pathway was even more active in mutant Arabidopsis plants, producing even greater quantities of acetate. That seemed to help them survive suboptimal conditions better than their more typical counterparts.

So if acetate was the key to surviving a dry spell, the researchers wondered, could they simply add the secret sauce to otherwise normal plants? And would it work for tastier crops than Arabidopsis?

Sure enough, over 70 percent of the plants grown in soil mixed with acetic acid survived drought conditions for at least 14 days. Plants grown in other organic acids (or just water) had pretty much all been wiped out by that point in the experiment. And the promising results held for various species, including common crops such as maize, rice, and wheat—all displayed significant boosts in drought resilience with a little help from vinegar, once researchers determined the ideal concentration for each plant.

“To confirm the universality of acetic acid effect and utility and to widespread the significance, we just targeted the staple food of the world, rice, wheat and maize, and the basic plant of breading pieces, rapeseed,” says Kim. “Moreover, if these plants can accept the acetic acid technique, I thought we can enrich the public interest and welfare in the world.”

In comparison to transgenic processes that could be used to make plants sturdier, the vinegar trick is an inexpensive, simple, and sustainable process that can be made accessible to many. Kim says he has already received interest in this method from everyone from farmers to flower shop owners to amateur gardeners.

His next step is to keep honing in on the signal pathway that makes this resistance possible, as well as finding the optimized conditions of acetic acid application for outdoor fields.

“Now we are trying to cooperate with some farmers, and also some companies, to make a method to apply this system,” says Kim.