The Problem With Cancer-Sniffing Dogs 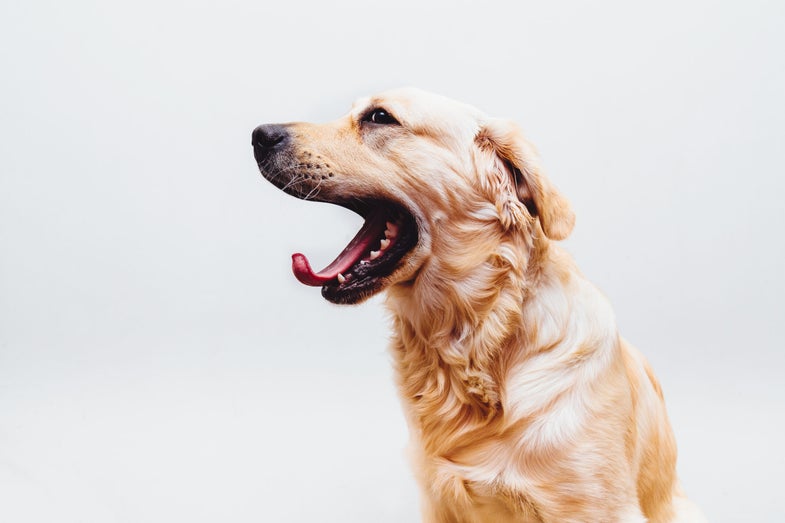 Your dog just wants to be a good boy. That’s what makes him great at fetch and sitting for treats. But it’s also part of why he’s unlikely to have a job screening patients for cancer.

It’s all a game to your dog. He finds the right sample, he gets the treat. That makes dogs great at finding the sample–their noses can hone in on a characteristic pattern of smells associated with certain types of cancers better than any current technology. It also makes them expensive and time-consuming. And if a cancer screen needs to be anything, it’s affordable and efficient.

“Mostly with our dogs, we think it’s a numbers game,” says Cynthia Otto, Director of the Penn Vet Working Dog Center at the University of Pennsylvania’s School of Veterinary Medicine. Dogs can learn to identify the odor of cancer, she says, but it requires intensive training and the testing process isn’t quick. People in third world countries contact Otto about these studies because their accuracy rates are so impressive, not realizing how much time and money go into training just one dog.

“For a screening test, it is crucial to rule something out,” says Klaus Hackner, a researcher and physician who studies dogs detecting cancer in breath samples at Krems University in Austria. “If you can’t rule something out, you need to do more tests.” He says it’s not clear that dogs would be able to provide a high enough accuracy to be a reliable screen, one that wouldn’t require more tests.

It might sound obvious, but it needs to be said that dogs are not machines. Some days the dogs work better than others, says Otto. Unlike human judges, dogs work better before lunch than after it, but having a test that doesn’t work well after eating seems impractical and unsafe.

“They have all of these influences that can throw them off, and we may not recognize it,” she says. “We don’t want to risk somebody’s life on that.”

That’s not to say that we can’t learn a lot from dogs. Canine noses can detect much smaller amounts of scent than any man-made technology and there is a lot of scientific evidence for dogs’ ability to identify cancerous samples. They’re clearly detecting something, we’re just not sure what it is. Urine, breath, and direct biopsy samples all seem to have some characteristic odor that humans are so far unable to pick up on. By looking at the pattern of smells in samples that dogs can correctly identify as cancerous, researchers can learn what the chemical signature is and design an electronic way to test for it.

They’re almost too good at identifying things. Otto says her team has to constantly train with new samples because the dogs start to learn individual scents. You can’t explain to a dog that you want them to identify the cancer smell, not the person’s particular scent.

Again, it’s all just a rewards game to them, and that makes training them a huge challenge. In a screening scenario where at least one of the samples is unknown, you also can’t be sure whether to reward the dog or not. “If it wasn’t right, you just reinforced the wrong answer,” explains Otto.

But that’s not how a lot of studies have tested the dogs. Two of the major papers published on canine detection just looked at whether the dogs could find the one cancerous sample out of five. Dogs are great at that task–they score in the 99 percent accuracy range. But it’s not a screen.

When tested in a scenario much more similar to a screen, like in Hackner’s recent study in the Journal of Breath Research and a prior one from 2013, the reliability drops. Hackner’s group found a sensitivity rate of 78.6 percent, meaning nearly one in four samples were false negatives–and a specificity rate of just 34.4 percent, making almost two-thirds of the samples false positives.

Even when dogs are working well, their accuracy isn’t 100 percent. Bomb and drug sniffing dogs have an 85-95 percent accuracy rate (not to mention their tendency to unconsciously reflect their handlers’ racial prejudices). Search and rescue dogs are generally more effective, but also suffer from emotional problems.

These dogs need the reward of finding people or they can get depressed. During the 9/11 search and rescue effort, emergency responders had to stage fake body finds so that the dogs could be rewarded. Cancer screening dogs need the same thing to avoid stress.

Changes to the methodology–like hiding positive samples in the lineup to give a reward–might help the dogs perform better, explains Hackner. It seems unlikely that they will ever get good enough or require so little training as to be a helpful cancer screen. But researchers remain optimistic about how valuable dogs can be to studying the scent of cancer. We just always have to be conscious of the fundamental truth about our canine friend, says Hackner: “He just wants to be a good dog.”