Take a peek at the country’s most beautiful national monuments 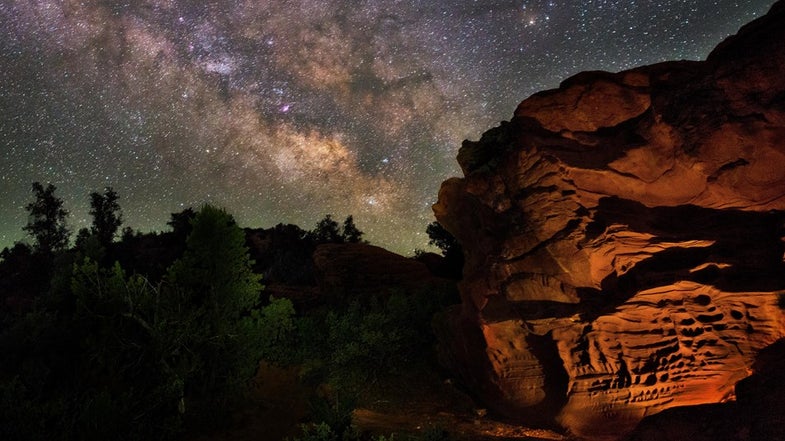 What’s a national monument, and why is the president reviewing them? Find out here.

The Bureau of Land Management describes Kasha-Katuwe Tent Rocks National Monument as an outdoor laboratory that offers a “unique opportunity to observe, study, and experience the geologic processes that shape natural landscapes.” The cone tent shape of the formations are the result of volcanic eruptions that occurred six to seven million years ago. The site is available for hiking, bird watching, and other daytime activities. President Clinton made it a national monument in 2001.

Created by President Clinton, the Sonoran Desert National Monument protects a small portion of the vast Sonoran Desert—which extends from Arizona, where the Monument is located, west to California and south into Mexico. The Sonoran Desert is the most biologically diverse of the four U.S. deserts, and is home to a number of endangered species.

Established by President Obama in 2016, Bears Ears National Monument gets its name from two buttes that look a bit like a bear’s ear from the distance (kinda). The buttes and surrounding areas have been held as sacred or significant by many of the Native American tribes that live in the region, including the the Hopi, Navajo, Ute Mountain Ute, Pueblo of Zuni, and Ute Indian Tribe.

Pompey’s Pillar in Montana is where William Clark of the Lewis and Clark Expedition, on his return trip to St. Louis, carved his signature and the date in the sandstone. On it Clark wrote, “This rock I ascended and from it’s top had a most extensive view in every direction on the Northerly Side of the river high romantic Clifts approach & jut over the water for Some distance both above and below…I marked my name and the day of the month and year.”

Grand Staircase-Escalante National Monument in Utah gets its name from the series of descending plateaus beginning in Bryce Canyon and heading towards the Grand Canyon.