One in four Americans drink water that fails safety standards 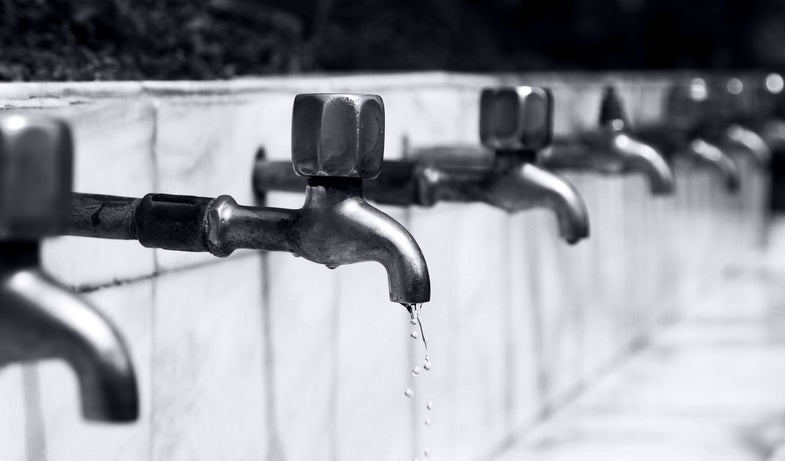 How safe is your drinking water? That depends on where you live.

A new report from the National Resources Defense Council (NRDC) looked at 2015 drinking water data from across the United States and found that of the nation’s 52,000 community drinking water systems, a third reported violations of the of the Safe Drinking Water Act (SDWA). These systems quench the thirst of 77 million, or one-fourth of the American population, according to the NRDC.

Even more startling is that at least 12,000 of these cases (affecting 27 million people) involved violations of standards directly related to keeping us from getting sick. These violations included failure to treat the water to get rid of pathogens (think viruses and bacteria) and excessive levels of contaminants like arsenic. Most of those systems are located in rural areas.

Enacted in 1974, the SDWA requires that the EPA identify and regulate drinking water contaminants—which includes any physical, biological, chemical, or radiological substance in the water. The list, which includes just under 100 contaminants, encompass everything from lead to viruses to uranium.

But the spate of violations suggests the current system isn’t working. According to the report, an unholy trinity of aging infrastructure, weak enforcement, and a regulatory body that hasn’t kept up with changing chemical contaminants is to blame.

“We’ve got these 100-plus-year-old pipes in many cities. We have treatment plants that use World War I era treatment technology,” said Erik Olson, the director of NRDC’s Health Program. Studies from multiple sources, including the EPA and the American Society of Civil Engineers (which recently issues a report card giving the country’s water infrastructure a “D”) suggest that the government has underinvested in building and maintaining these structures. “That’s causing a lot of our systems to crumble, to cave and to not be up to snuff,” Olson said, “and therefore provide water that’s substandard.”

To get a sense of how old some of this infrastructure is, you only have to look to New York City. In 2006, workers conducting a utility upgrade that included the replacement of water mains in Lower Manhattan unearthed a curious sight: a 26-foot section of the city’s original 19th century water distribution center. The wooden mains, wrested from hollowed out trees, were still connected to the city’s water distribution system.

The lack of oversight and enforcement doesn’t help matters. According to the NRDC, 9 out of 10 violations faced no formal review. Of those water utilities guilty of health violations, only two percent faced penalties. In other words, there isn’t much incentive to abide by the law—because you probably won’t get caught.

“Unfortunately, what we have is no cop on the beat,” Olson said. “No one is enforcing the law.”

In the days after the world first learned about the Flint water crisis, where mismanagement violently contaminated the city’s water supply with lead, an image emblematic of the problem began circulating. On the one side was a bottle of dank, rusty water—Flint water. On the other was a bottle of clear, pristine Detroit water. The problem, of course, is that lead contamination in water is odorless, colorless, and tasteless. Flint’s water wasn’t unsafe because it looked dirty. In fact, its troubling appearance probably helped residents catch a contaminant they otherwise would have ignored.

In the aftermath of Flint, it came to light that at least 33 cities in 17 states had cheated on water tests to mask potential lead contamination. And it’s helpful to recall that prior to the much-publicized lead crisis—which was discovered by individual citizens—Flint had no drinking water violations on record.

Even municipalities that follow the rules might still have problematic water supplies, because the rules themselves are flawed. Though SDWA covers around 100 contaminants, that list hasn’t been updated since 1996. There are many more industrial chemicals today, only a small fraction of which have been tested for safety. We know that at least some of these chemicals are making their way into waterways that provide drinking water.

Further, the EPA only applies to public water systems, which are defined as water suppliers (both public and private) that pipe water to at least 25 people and have at least 15 service connections. Fifteen million Americans live on private wells that don’t fall under these regulations.

And then there’s the matter of bottled water, which is regulated instead by the FDA. Apart from the volume of pollution that plastic bottles cause, and the health risks associated with the bottles themselves, bottled water has fewer regulations than tap.

“Over the past several years, however, bottled water has been recalled due to contamination by arsenic, bromate, cleaning compounds, mold, and bacteria,” said Michigan Representative Bart Stupak during a 2009 hearing on bottled water. “In April, a dozen students at a California junior high school reportedly were sickened after drinking bottled water from a vending machine. Consumers may not realize, but many of the regulations that apply to municipalities responsible for tap water do not apply to companies that produce bottled water.”

To most Americans, the fact that turning a tap will provide a glass of safe drinking water is simply a given. But until the country’s infrastructure and regulations enter the 21st century, the truth isn’t so simple. To learn more about the risks posed to your local water supply, you can check out the EPA’s water website or NRDC’s interactive contaminant map.