Sniffing like a dog gives chemical detectors a boost 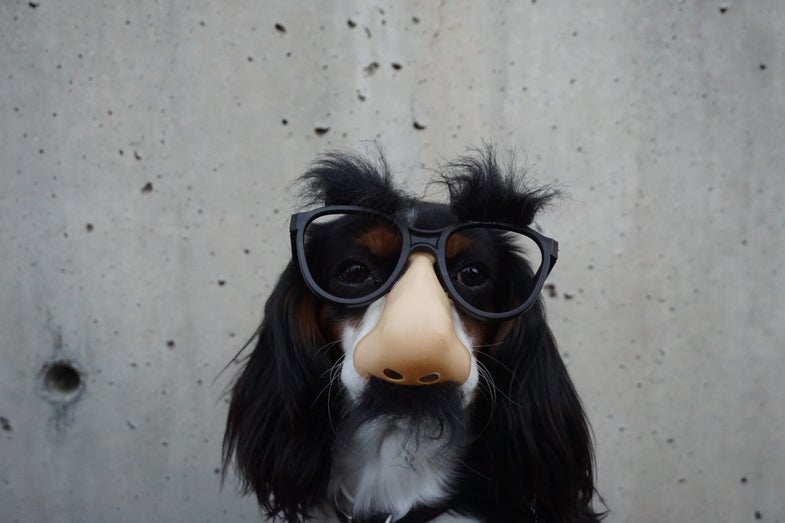 Dogs have used their incredible sense of smell to help us find missing people, bombs, corpses, and drugs; detect diseases like cancer; and even aid conservation efforts by sniffing out koala poop. Now, their powerful noses may inspire better tools to detect traces of explosives, drugs, and other substances.

It turns out that dogs sniff in such a way that scent-filled air is pulled towards their nostrils as they exhale. In an experiment published Thursday in Scientific Reports, scientists managed to copy this skill. When a chemical detector was fitted with an attachment that let it “sniff” like a dog, it became better at picking up traces of the explosive TNT.

“You start reaching out and kind of pulling this vapor to the inlet,” says coauthor Matthew Staymates, a mechanical engineer at the National Institute of Standards and Technology in Gaithersburg, Maryland. Sniffing may “improve our ability to get the sample from the air to our analyzer.”

Dogs can pick up whiffs of scent far too faint for a human to detect. The canine nose is packed with hundreds of millions more olfactory receptors than we have.

But what happens outside of a dog’s nose while she smells is important, too. To examine the aerodynamics of dog sniffing, Staymates and his colleagues made a 3D printed model of a female Labrador retriever’s nose. The snout was fitted with a piston-cylinder device, allowing it to mimic a dog’s inhalations and exhalations. “It sounds just like a dog sniffing,” Staymates says.

Using a technique called schlieren imaging, the researchers could see wafting vapors as a sniff pulled them in (you can see this in the video below, which shows the 3D printed schnoz inspecting acetone-soaked foam).

Dogs sniff about five times per second. Each time he breathes out, a dog sends little jets of air down and towards his rear. These jets draw fresh air back towards the dog’s nose. “He’s literally reaching out in front of him and pulling kind of a plug of new air towards himself,” Staymates says.

The way dogs sniff summons air that would otherwise stay out of their nostrils’ reach. The 3D printed nose was better at detecting odors when it actively sniffed than when it just sucked in air “as if it had infinite lung capacity,” Staymates says.

The chemical detectors we currently use sample air by pulling it in continuously. “If I’m just inhaling, my ability to grab a vapor molecule that’s floating around is kind of limited,” Staymates says. “They’re passive samplers.”

Encouraged by the fake nose’s success, he and his team designed a pair of little air jets to clip onto a commercially available chemical detector. The jets “are acting like two nostrils, pulsing air in one direction just like the dog does,” Staymates says.

The chemical detector was up to 16 times more effective at detecting TNT it “sniffed” instead of inhaling.

The jets weren’t much help when the detector was very near the vapor source (a can of gelatin laced with a small amount of TNT). At close range, they actually blew the vapors away. But the farther away the can was, the more the detector improved upon traditional technology.

“We’re not proposing that the next generation of vapor detectors have something that looks like nostrils of a dog on it,” Staymates says. But “there might be a smarter way to do it by controlling the airflow and almost forcing air to brush across the surface of these sensors, instead of just waiting for something to magically land on it.”