Sorry, Cat Haters, Science Isn’t On Your Side

What research actually says about felines 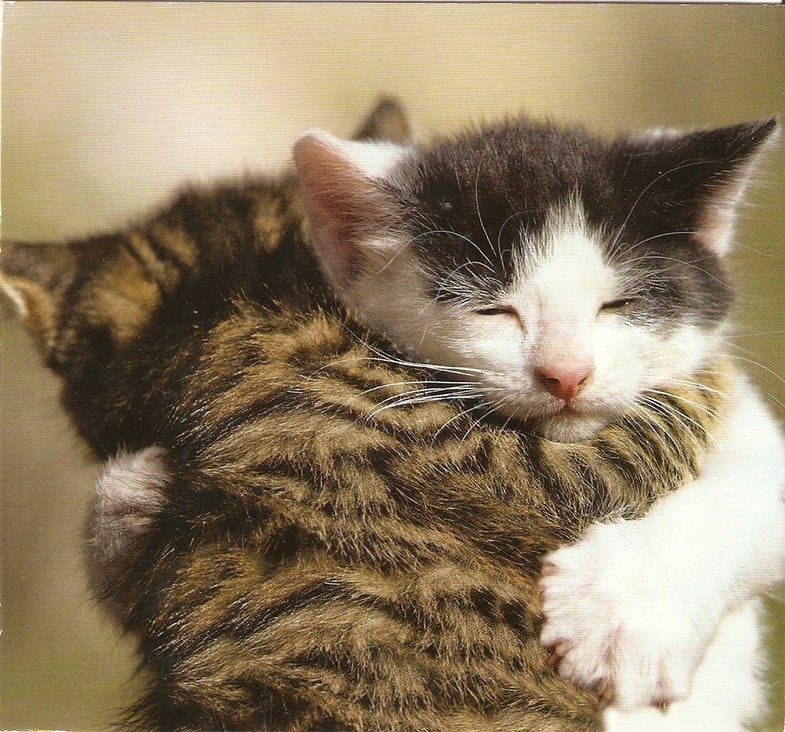 Some people just don’t like cats. That’s okay. Some people don’t like pizza. Or dogs. Or Harry Potter. But some cat-haters aren’t satisfied with not owning cats themselves. They need to drag the rest of us down with them.

The first thing you notice when you dig around in the seedy underworld of cat-bashing is that it’s an old hobby. The haters have left their mark across poetry, literature, and art for centuries.

“There’s always going to be someone in a group who’s going to stand up and say cats are aloof, manipulative little devils,” says cat researcher John Bradshaw.

In his 1922 cultural history of the domestic cat, The Tiger in the House, Carl Van Vechten notes, “One is permitted to assume an attitude of placid indifference in the matter of elephants, cockatoos, H.G. Wells, Sweden, roast beef, Puccini, and even Mormonism, but in the matter of cats it seems necessary to take a firm stand….Those who hate the cat hate him with a malignity which, I think, only snakes in the animal kingdom provoke to an equal degree.”

Joseph Stromberg at Vox is only the most recent ailurophobe to launch a broadside against the feline species. His 28-paragraph essay on the supposed evils of Felis catus, published last week, tells readers that cats are “selfish, unfeeling, environmentally harmful creatures.”

“Those who hate the cat hate him with a malignity which, I think, only snakes in the animal kingdom provoke to an equal degree.”

His argument breaks down into four simple points: “Your cat probably doesn’t love you.” “Your cat isn’t really showing you affection.” “Cats are an environmental disaster.” And, “Your cat might be driving you crazy.”

We called Bradshaw, an internationally recognized cat and dog researcher and author of several books on pet ownership, including Cat Sense, for his learned opinion on the “science” of cat-bashing. 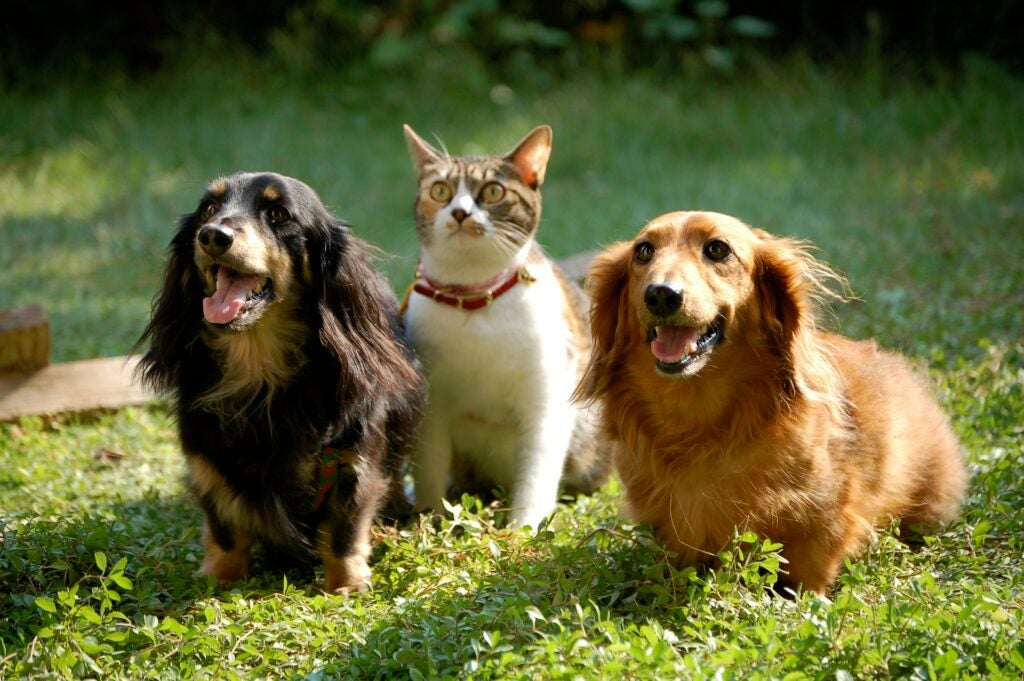 The Difference Between Dogs And Cats

Haters want you to believe cats don’t really care about their people. Stromberg points to a series of studies by Daniel Mills at the University of London and other researchers that show cats don’t look to humans for guidance in unfamiliar situations. Abandon your dog (or child) in a place it’s never seen before, and it’s likely to run to you on your return. Cats are more likely to explore the space on their own terms.

Bradshaw says this interpretation draws too much out of limited study—research similar to work he has done himself. “It shows something about cats, but it doesn’t show you that cats are not affectionate,” he says.

Dogs have evolved to be “almost obsessively” dependent on humans, Bradshaw says. In unfamiliar situations, they look to their humans as sources of stability and guidance, much like small children. Cats, on the other hand, “prefer to deal with things in their own heads.”

A creature that fails to run to your side in a strange situation does not necessarily have a cold, unfeeling heart. Some couples show up at parties and hold hands the entire time, talking mostly to one another. Others split up when they arrive, mingle, meet new people. But they still leave together when it ends. Your cat’s a mingler—an explorer.

Your Cat Really Is Showing Affection 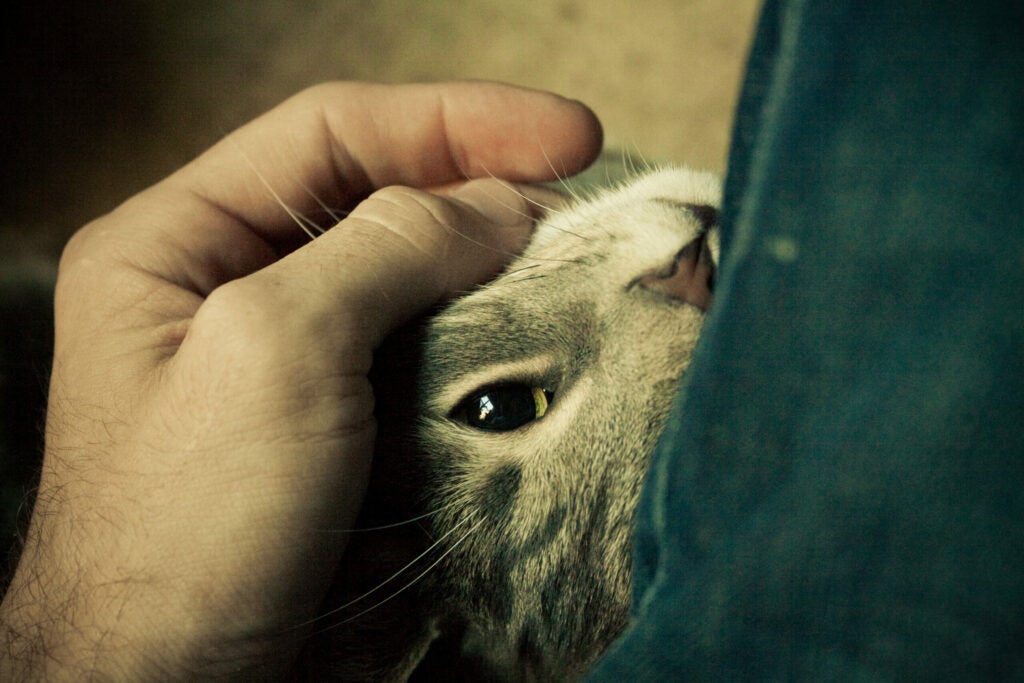 A Cat Not Faking It

After wedging a seed of doubt into the emotional relationships between humans and their cats, the enemies of felinekind try to insert themselves into the physical expressions of human-feline love. Stromberg is no exception:

In other words, all the squirming and rubbing cats lavish on their owners are just the feline equivalent to a dog lifting its leg and peeing all over a fire hydrant.

Bradshaw says this notion is way off-base. “Superficially, [rubbing against humans] looks like scent marking,” he says, but “the display that goes on when a cat raises its tail and rubs its sides against another cat, or a person, is a social action.”

“Like all genuine affectionate relationships, [cat cuddling] is a two-way street.”

Some researchers suggest the behavior has a its roots in the creation of a “clan scent” for packs of wild cats, but no one has published proof. What’s important, Bradshaw says, is the interaction between creatures. The raised tail is a signal of good intent. When two cats know each other well they will rub their whole bodies against each other, including their sides, which have no scent glands. They often then lie down together and purr. Cats will do the same thing with their owners. Claiming this behavior is no deeper than a wild cat rubbing its face on tree bark is like saying that human handshakes are mostly about checking for secret weapons.

A 2013 study supposedly shows cats hate when humans pet them.

The research indeed found that cats pumped stress hormones into their bloodstreams when they were petted excessively. But Bradshaw points out that the research was conducted in Brazil, a country where house cats are far less common than small dogs. He thinks pet owners used to rough-and-tumble dogs might not prepared to handle cats in ways they enjoy. The cats grabbed and picked up for the study were reacting to a long history of unpleasant interactions, not simple human touch.

“Like all genuine affectionate relationships, [cat cuddling] is a two-way street,” he says. “Dogs put up with harsher treatment. Yank on a choke chain, and the dog bounces back. Cats say goodbye.”

Your Cat Is Too Clumsy To Threaten Wildlife 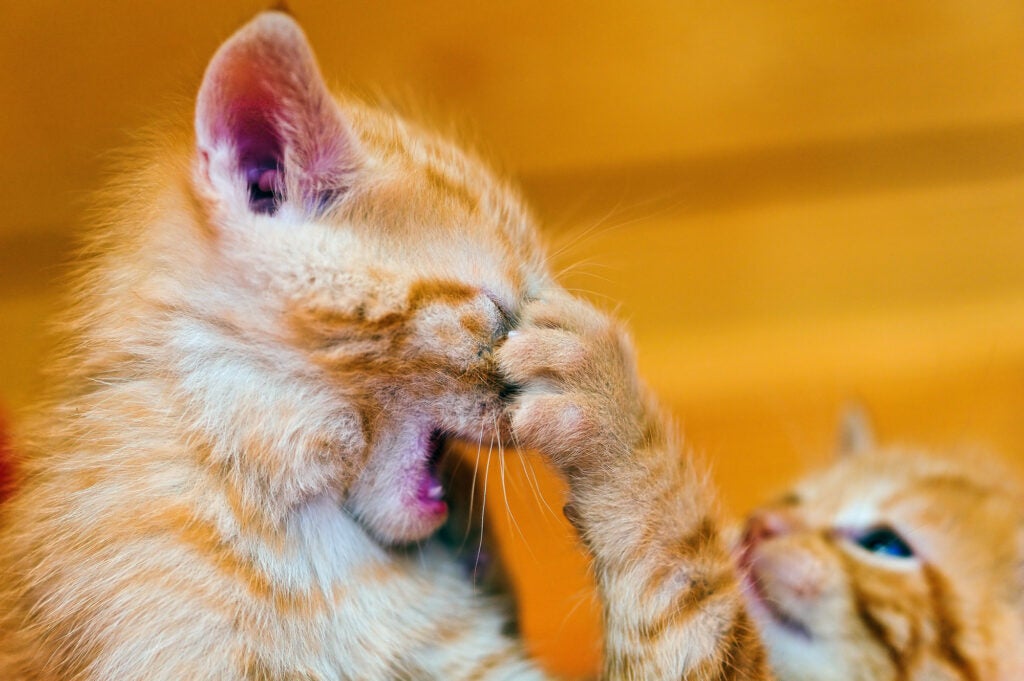 Perhaps the most damning charge against cats is that they are natural murderers who can disrupt local ecosystems. Stromberg pounced gleefully once again:

So what’s an environmentally-conscious cat lover to do? Bradshaw says not to worry. It turns out, as long as your cat wasn’t born feral or on a farm, it’s probably a clumsy hunter. Birds and rodents zip away from its plodding, obvious approach.

Bradshaw says cats learn to kill from their mothers. In the wild, a kitten follows its mom on many hunts in the first eight weeks of its life. She teaches the skills of sneaking up on prey and pouncing with lethal precision. But housecats born at home or to breeders miss that crucial step. Kittens instead spend their first eight weeks yowling at cotton balls and bits of string. Unless you trained your pet in the art of war before the end of its second month—a crucial period in its development—it’s probably next to useless against live prey (even if it does sometimes get lucky).

“Obviously there’s some deep ancestral memory of stalking prey,” he says, “but a cat by itself is usually not a very good hunter.”

Whenever local fauna succumb to feline hunting, he says, “it almost always turns out to be feral cats.” Australian experiments with 24-hour cat curfews turned out to have minimal impacts. Still, the ASPCA suggests keeping cats indoors to prolong their lives, so it’s probably a good idea. Also, spayed and neutered housecats will never birth feral kittens that could endanger wildlife.

If you really want to do right by the environment, Bradshaw says, cats are way better than dogs.

Okay, Your Cat May Give You A Parasite That Controls Your Thoughts 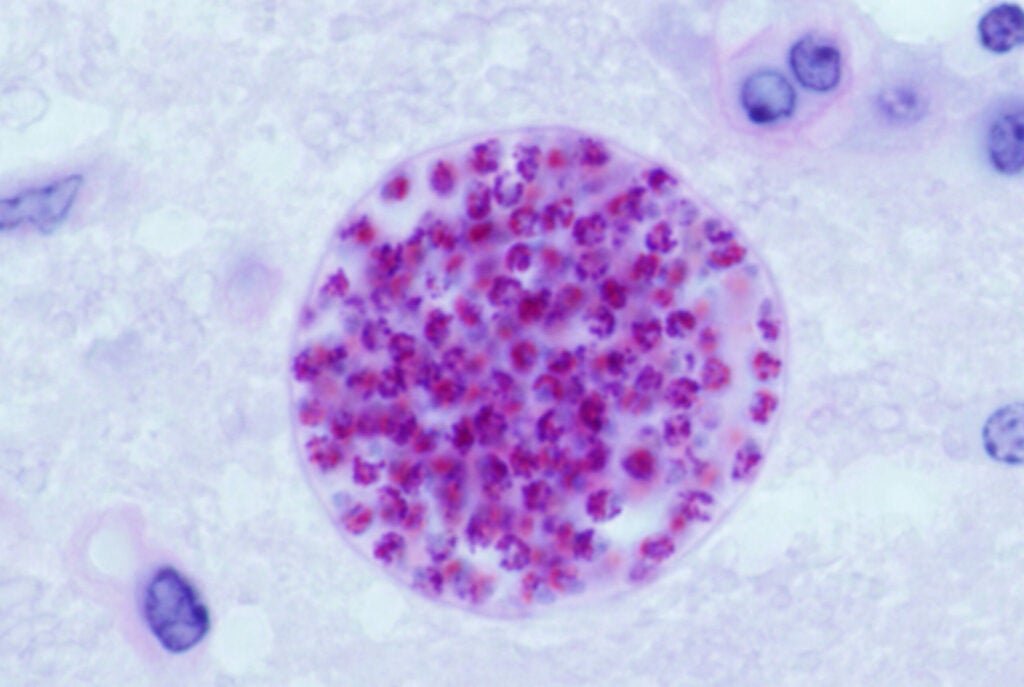 Toxoplasma gondii parasites form a cyst in a mouse brain.

Stromberg is wrong about cat love, but there’s a chance he’s right about horrible brain-controlling parasites in cat poop. Even Bradshaw can’t defend your kitten now.

See, there’s this parasite called Toxoplasma gondii. It enters the brains of prey animals like mice and alters their behavior to make them less afraid of predators. These bold, addled rodents ride their parasitic high all the way into your favorite pet’s gnashing jaws, and some of those parasites make their way into your cat’s litterbox. From there it’s a short jump to a human owner’s body.

Some reaserchers suspect that humans infected with T. gondii are susceptible to its nefarious mind control as well. Here’s what Kathleen McCauliffe wrote about the parasite in her extensive coverage for the Atlantic:

Flegr goes on to note that even infected people may not be heavily impacted by the bug, and that cat poop is not the only way humans catch it. (In fact, it’s incredibly common.) Not all researchers agree with Flegr’s dire interpretations of the evidence, though T. gondii does turn dangerous when patients have damaged immune systems.

Ultimately, yes, your cat probably loves you, but that might just be the mind-controlling parasite talking.