It’s easier than ever to die of a caffeine overdose 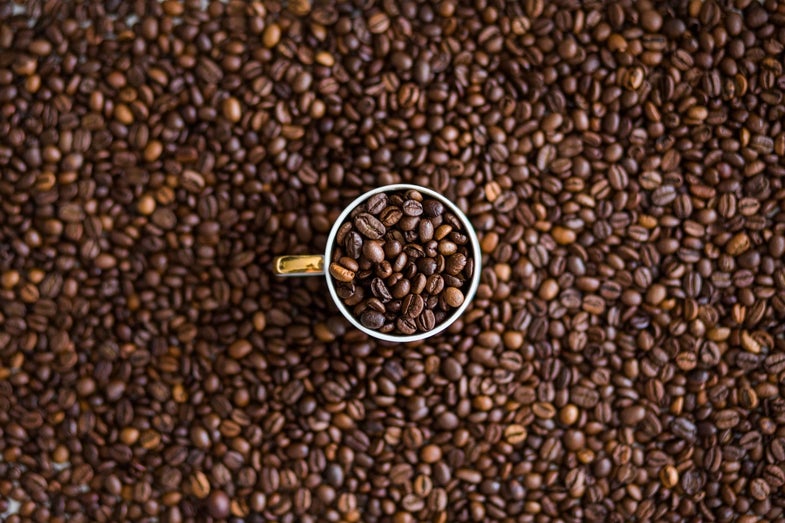 A large diet Mountain Dew, a cafe latte, and some kind of energy drink—that’s the caffeine cocktail that apparently killed 16-year-old Davis Allan Cripe last month in South Carolina, according to news reports.

We don’t ordinarily think of caffeine as toxic because if you’re healthy (i.e. don’t have an underlying heart disorder) and stick to naturally occurring caffeine sources like chocolate, coffee, or tea, it’s pretty difficult to consume a toxic dose. Experts say that a lethal dose is between 5 and 10 grams of caffeine, for your average healthy adult. A 20-ounce cup of Starbucks dark roast has 340mg of caffeine in it, so you’d have to drink between 15 and 30 of them before you died. That’s a lot of coffee—your bladder would likely give up before you did.

But increasingly, more of us are turning to denser sources of caffeine. Instead of just knocking back coffee or tea, we’re chugging energy drinks, chewing caffeinated gummy candies, and even cramming straight caffeine powder into our beverages. These products make it easier to consume a lot of caffeine in a short amount of time—with fatal results. The South Carolina coroner who examined Cripe stated that it wasn’t the amount of caffeine that Cripe consumed that likely killed him, but the speed with which he consumed it. The unfortunate teen drank that laundry list of caffeine-containing products in under two hours.

If you still have trouble wrapping your head around the idea of overdosing on caffeine, just take a look at some of the products now available for purchase: Redline Xtreme is an energy drink that promises to “improve reaction time” and “increase reaction time,” and is sold at health food stores with the tempting promise of zero calories and 316mg of caffeine in an eight-ounce bottle. Ounce for ounce, it has almost two and a half times the caffeine as that Starbucks cup of coffee. The label warns that it’s not recommended for use by children under the age of 18, but it also says that one serving has less caffeine than two cups of coffee. One serving, it should be noted, is four ounces—half the small bottle. Point being, it’s pretty easy to throw those things back and lose track. A 2015 Mayo Clinic study found that a single energy drink could increase the risk of heart disease in young adults. Caffeine causes short-term increases in blood pressure and nervous system activity that can trigger a heart attack, which is what killed Cripe—and his death isn’t the first.

The Centers for Disease Control doesn’t track death by caffeine as its own category—these deaths are lumped in with other drug use data—but in 2014, the U.S. Food and Drug Administration issued a warning around powdered caffeine after a series of heart attack deaths were linked to its use. Those killed include 18-year-old Logan Stiner of LaGrange Ohio, and 24-year-old James Wade Sweatt from Georgia. Sweatt allegedly mixed the caffeine with water as a ‘healthier’ alternative to diet sodas, but drastically miscalculated the dose. A single teaspoon of caffeine is equivalent to between 16 and 25 cups of coffee.

Given that caffeine can have such deadly consequences, what’s a person to do? The answer here is pretty simple: stick to traditional sources of caffeine for your buzz. Coffee, tea, and even colas all tend to be (relatively) safe, with low enough densities of caffeine that it would be difficult to dangerously over-indulge. But it’s still a good idea to spread out your consumption, and pay attention to how much you’re drinking—recommended guidelines say not to exceed more than 400mg a day. Definitely don’t consume your caffeine with other drugs like cocaine, which can magnify the worst heart effects of both substances. Or you could just quit caffeine altogether.