If it feels hard to keep up with nutritional advice, don’t worry—cardiologists are here to help. 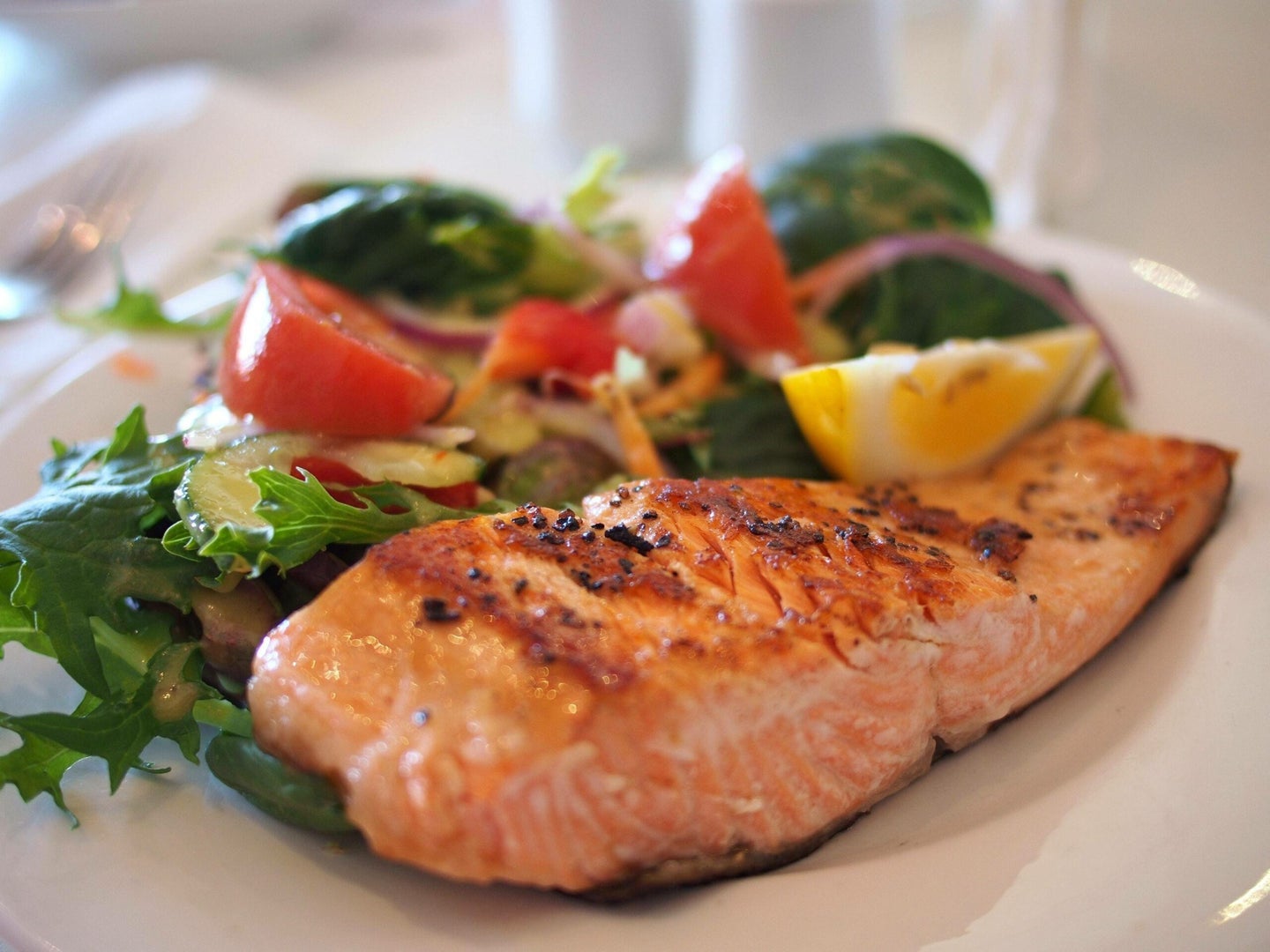 This post has been updated. It was originally published on 7/24/18.

Nutritional advice can feel overwhelming. It seems, at least from some headlines, like the advice is constantly changing. But what actually are the foods that are good for your heart? And what goes into a heart healthy diet plan? Even though the science hasn’t actually changed all that much over the years, we are always revising details and even doctors know it can be hard to keep up, which is why the American College of Cardiology decided to do a review of what exactly you should be eating for your heart health—and foods that are bad for the heart. It was published this week in the Journal of the American College of Cardiology.

Foods that are good for your heart

You’ve probably heard a lot of mixed things about coffee—it’s bad, it’s good, it doesn’t do anything—but the bulk of the evidence says drinking joe is good for you. Cardiologists think some of the health benefits may come from the antioxidants in coffee, like polyphenols, but it’s been difficult to link the effects to any specific compound. The polyphenolic antioxidants seem to improve insulin sensitivity and glucose metabolism. Insulin is how your body tames spiking blood glucose levels, and when the system gets out of whack you can develop larger metabolic problems like type two diabetes.

Most of the reassurance that coffee is part of a healthy diet comes from observational studies, where researchers ask a large number of people to describe their eating and coffee drinking habits, and then find associations between consuming coffee and heart health. Those studies have found that drinking somewhere around three to five cups a day reduces your overall risk of death as well as your risk of cardiovascular disease. Java also doesn’t seem to have any significant impact on arrhythmias, hypertension, blood lipid levels, or cholesterol, but it does decrease your risk of developing type two diabetes.

All that being said, the thing that’s not healthy about many Americans’ coffee habits is the sugar. Coffee-flavored drinks, or simple drip coffee with tons of sugar added, are counterproductive. The sugar and calories in them work against the heart-healthy black coffee, so try to drink your morning cup with as few adulterating other ingredients as possible.

Like coffee, researchers think the antioxidants in tea are part of what helps it to have a positive impact on our bodies. Tea drinkers tend to have lower cardiovascular disease risk and overall mortality risk, in addition to having better ratios of low to high density lipoproteins. Lipoproteins are the compounds your body uses to carry around cholesterol (remember: you actually need some cholesterol for your cell membranes to function), and there are two kinds. The low density version is bad because it contributes to fatty buildups in your arteries, whereas high density ones are good because they seem to take the low density version out of your bloodstream.

But also like coffee, a lot of this assumes that you’re not downing your afternoon tea with tons of sugar or other sweeteners.

These fungi are little nutritional powerhouses. The cardiology review notes that they have anti-inflammatory compounds, antioxidants, and vitamin D, plus a set of other bioactive compounds that help reduce hardening of the arteries, cholesterol, and blood pressure. They’re the only vegetable to contain any vitamin D, in fact, and It only take three ounces of button mushrooms to provide your entire daily dose. In one study, people with type two diabetes who ate oyster mushrooms had a significant decrease across multiple measures of heart health, including blood pressure, blood glucose, and cholesterol. They also seem to be associated with less cardiovascular disease overall, as well as lower rates of type two diabetes and obesity, which increase the risk of developing cardiovascular disease.

They’re also low in fat, totally free of cholesterol, and contain plenty of other vitamins and minerals. Eat more mushrooms.

Most of us know omega-3s from fish, but we can also absorb them from some plants. Walnuts, canola oil, flaxseed oil, and green leafy plants all contain omega-3 fatty acids, so if you’re looking for a more ecologically conscious way of consuming your OM3s check out those sources. Cardiologists aren’t sure whether one source is better than another, but it’s clear that risk of death from cardiovascular disease decreases significantly by consuming them. Omega-3s decrease production of low-density (read: bad) lipoproteins and triglycerides, thereby improving your overall heart health.

There’s some concern that fish itself contains some other compounds, like methylmercury, that could be detrimental to your health. And a recent meta-analysis suggested that fish oil supplements might not actually help you as much as early evidence showed. Supplements in general are a less advisable way to get essential vitamins, since it’s unclear whether you can even absorb large quantities of a vitamin all at once. Getting nutrition from whole food sources is generally better. For those reasons, cardiologists suggest that plant sources might be a better way to get your omega-3s.

Beans, lentils, chickpeas—pretty much all of us should be eating more of these fiber-rich, heart-health-promoting nutrient bombs. They’ve got protein but little fat, tons of complex carbohydrates, and multiple compounds that reduce cholesterol and act as antioxidants. Eating them can reduce your cardiovascular disease risk, improve blood glucose, and help you achieve or maintain a healthy body weight. Plus the fiber in them helps promote a diverse microbiome (the healthy bacteria that inhabit your gut), and while they may give you gas, if you introduce them slowly (and keep at it) your body will slowly adjust.

Foods that are maybe good for your heart

Though B12 supplements have long been promoted as heart-healthy pills, multiple large studies have now shown that there’s actually no benefit. Unless you’re deficient in vitamin B12 (which would need to be diagnosed or measured by your doctor), taking extra can increase your risk of other diseases, like lung cancer. If you’re at risk of developing a deficiency, which some older people and vegans are, talk to your primary care physician about taking a B12 supplement. Otherwise, skip the pills and get it from fish, milk products, beef, liver, poultry, or eggs.

A glass of wine with dinner probably does help your heart. Low-to-moderate intake has long been correlated with reduced risk of cardiovascular disease since it seems to increase high-density (read: good) lipoproteins, improve insulin sensitivity, and reduce inflammation among other things. But heavier use? That’s hurting you. High alcohol consumption increases your risk of heart attacks, arrhythmias, hypertension, and stroke. Plus it’s hard on your liver. Women also get an increased risk of breast cancer from even modest alcohol consumption.

On the whole, the American College of Cardiologists doesn’t recommend that you start drinking for your heart health if you’re not already, and to reduce your alcohol intake if you drink more than the recommended amounts (that’s one per day for women, two for men).

Here’s the thing about dairy: in principle, it’s high saturated fat content should be bad for your heart. In reality, it doesn’t seem to have a strong impact. Some analyses have even found that full-fat dairy is better for you than low-fat versions, perhaps because they’re more filling and thus help you eat fewer overall calories. That being said, you shouldn’t be eating massive quantities of dairy products, especially those with sugar (we’re looking at you, flavored yogurt). But full-fat cheese in moderate amounts? Go for it.

You thought probiotics were just good for your gut, huh? Turns out, some studies suggest they might be good for your heart, too. Having healthy gut microbes helps suppress inflammation and reduce cholesterol. Even kimchi, whose high salt content shouldn’t be good for your heart, seems to improve blood lipids and glucose. Fermented milk products and yogurt also seem to be generally good for your heart. This being said, the cardiologists noted that there aren’t enough scientifically-solid studies to recommend fermented stuffs one way or the other. It’s only been small, isolated studies that have suggested benefits to your lipids and blood glucose, so all we know for sure is that they won’t hurt your heart.

Foods that are bad for the heart

The bizarre mixtures of caffeine, vitamins, and other stimulating compounds in energy drinks is perhaps one of the worst offenders to your heart health. Drinking them increases your chances of developing arrhythmias, coronary spasms, and death. Young people who consume them can have seizures, heart attacks, and cardiomyopathy. Multiple health organizations, like the American Academy of Pediatrics and the European Union, have recommended that no children or adolescents consume energy drinks.

This being said, there are not a lot of studies looking specifically at energy drink consumption and heart health. No one is going to do a randomized clinical trial to test whether energy drinks are really that bad—that’s an ethical nightmare. We already have reason to believe they’re bad for you, so doctors aren’t going to risk anyone’s health by testing it out. But so far all of the evidence suggests you should stay away from them.

Now that we know much of the research suggesting that fat, not sugar, increased heart disease risk was funded by fast food companies trying to protect sugar’s reputation, physicians of all kinds are united in thinking that it’s pretty terrible for you. It’s not that you can’t have any, just that the healthy limit is probably less than you’re thinking. The average American eats 19.5 teaspoons of sugar per day—the recommended limit is less than half that. It’s nine teaspoons (38 grams) for men and just six (25 grams) for women. For reference, a single Snickers bar contains 27 grams of sugar.

But all of this is true for added sugars. Nutritionists agree you can eat pretty much as many pieces of fruit as you want. Your body has to work much harder to break down solid, natural foods like that, which helps reduce the impact of the sugars in a peach or an apple. Due to a new Food and Drug Administration ruling, manufacturers have to start identifying added sugars separately from any naturally-occurring sugar, which should help you spot the worst offenders. That being said, products like maple syrup are still chock full of sugars that aren’t good for you, no matter how natural they are.

Talk to your doctor! Your personal situation may require different nutritional guidelines, and your physician should be able to help you figure out what’s best (or at least direct you to a certified nutritionist). General heart health guidelines are great, but there’s no substitute for personalized recommendations.