Should pregnant people not drink coffee? The answer is complicated.

A new study says there's no safe amount of coffee to consume while pregnant, but that might not mean much to an individual. 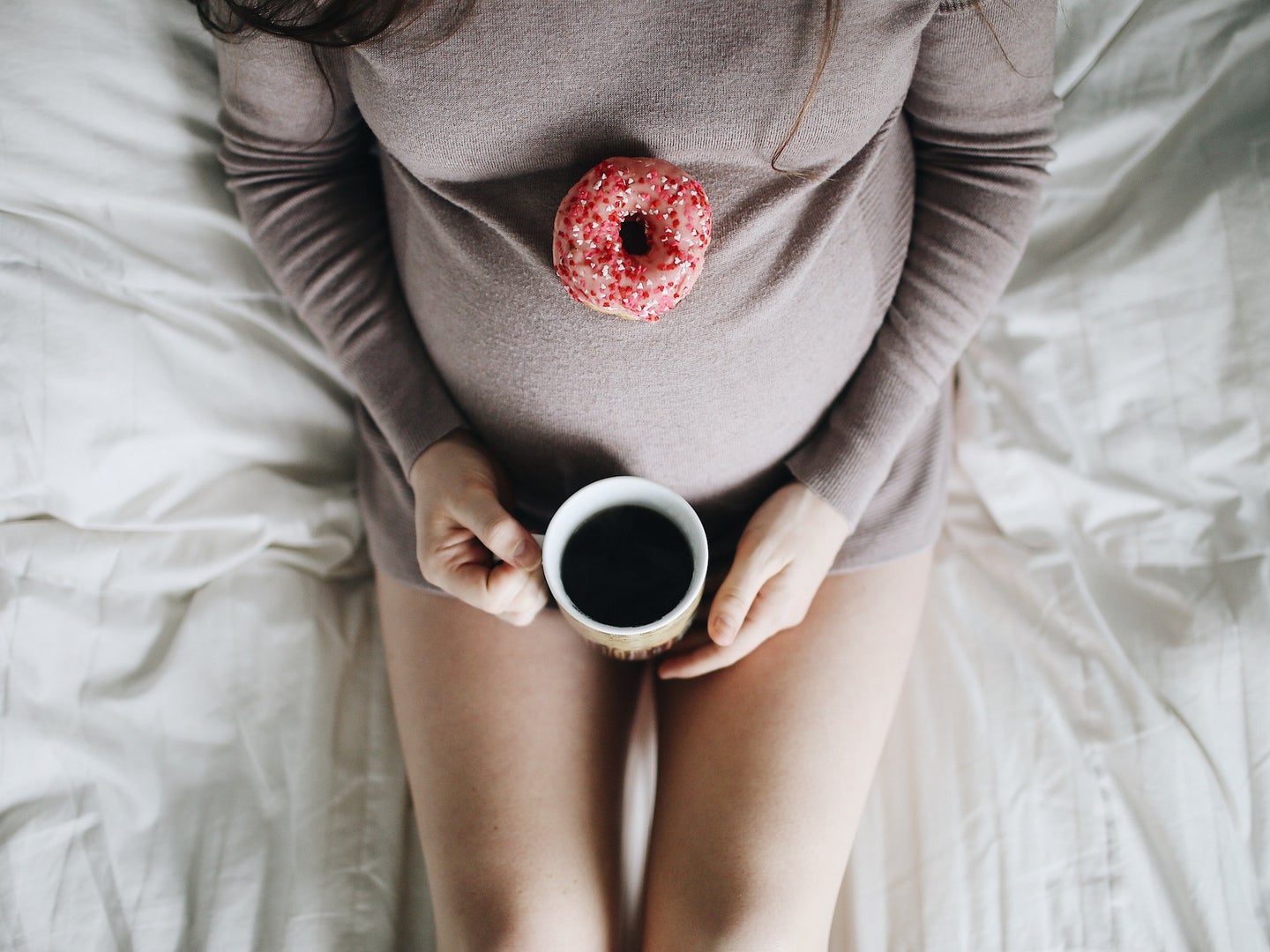 Pregnant people and their healthcare team should be paying more attention to coffee consumption: that’s one of the messages of a new meta-analysis that builds the case that ingesting any amount of caffeine is associated with negative pregnancy outcomes. But studying coffee consumption is more complicated than you might think, and others in the field of maternal nutrition say it’s not time to start advising people who are pregnant to go cold turkey.

Published in BMJ Evidence Based Medicine, the analysis reviews 48 original studies and meta-analyses published over the last 20 years that correlate caffeine consumption and negative pregnancy outcomes or childhood development outcomes. These range from low birth weight, miscarriage, and stillbirth to childhood acute leukemia and childhood obesity.

“There is a large body of consistent evidence from well-controlled studies pointing to caffeine as a source of harm during pregnancy,” writes study author Jack James, a professor of psychology at Reykjavik University, in an email to Popular Science. “Certainly, there is no evidence to suggest that caffeine benefits either mother or baby.”

Standard guidance for pregnant women suggests that moderate caffeine consumption–about two cups of coffee per day, or 200 mg of caffeine–is okay during pregnancy. There is little to no data on how caffeine affects the pregnancies of transgender men or nonbinary people.

Based on his analysis and the previous studies conducted on the question, James says “the case for recommending caffeine be avoided during pregnancy is thoroughly compelling.” He is not new to the field of caffeine studies: he has been publishing on caffeine since 1991 and he authored a submission for the non-profit Council for Education and Research on Toxics that was part of their effort to put warning labels on coffee in California (despite there being no scientific evidence that coffee causes cancer). Additionally, he is an author of six of the studies cited in his review.

“It’s a well-written, extensive literature review, and I think it poses some really good questions,” says Diane Stadler, a professor of medicine at Oregon Health and Science University and a registered dietitian. In all studies of coffee’s health impacts, “I think the limiting factor is the quality of the studies that are being used to assess caffeine intake, and especially caffeine intake among women during pregnancy.”

It’s not ethical to do studies that firmly establish a causal link between caffeine consumption and fetal development, Stadler says, because that would involve doing randomized controlled trials where some pregnant people ingested high levels of daily caffeine. Though research has been scant on whether moderate caffeine intake has a negative impact on pregnancy, she notes that the type of stress induced by excessive caffeine consumption is likely to be harmful.

What can be established is an association between caffeine consumption and the negative outcomes listed. Most of the studies in this review were cross-sectional studies, in which researchers gather data from thousands of people at one point in time (rather than following people over time, or doing a double-blind study where people are assigned certain treatments or diets). All that type of study can tell you is that both variables—say, caffeine consumption and miscarriage—is that both are present at the same time. But so are lots of other things: some pregnant people smoke cigarettes or are exposed to secondhand smoke, while others may have a high-stress life and still others may not have access to appropriate nutrition. These are just three of a host of factors that might contribute to the outcomes identified in this study.

“Studying the link between caffeine and pregnancy outcomes is incredibly challenging,” writes Audrey Gaskins, a professor of epidemiology at Emory University, in an email to Popular Science. Gaskins is an author of one of the studies cited in this literature review. Studies of caffeine consumption, including her study, have to deal with a number of methodological issues and issues of analysis mostly relating to the fact it’s not ethical to tightly control the environments of pregnant people.

“All things considered though, it is alarming, that time and time again researchers tend to find positive associations between caffeine intake and adverse pregnancy outcomes- in different study populations, using different study designs, and different methods of exposure and outcome assessment,” she writes.

Gaskins is concerned with how the paper translates the information it has about population-level risk for negative outcomes associated with moderate caffeine consumption into individual-level recommendations that pregnant people and those trying to become pregnant stop ingesting any caffeine.

“On a population level… even minor increases in risk can translate into a large number of potentially caffeine-attributable events when the outcome is relatively common,” she writes. “Unfortunately, this difference in considering individual vs. population level risk is a really important point that the author failed to consider.” Across millions of people, even just in the US, it may be that thousands more people may have miscarriages or low birthweight infants due to caffeine consumption. But for one specific person, having a small cup of coffee a day doesn’t necessarily increase that person’s risk by very much.

“If a woman was generally healthy and she said to me that ‘I have a cup of coffee in the morning’ that wouldn’t raise a red flag,” says Stadler. If a woman seeking maternal nutritional counseling had previous issues with a pregnancy, or another condition that could be exacerbated by caffeine-related stress, Stadler says she might counsel them to avoid the substance altogether.

Stadler is also generally concerned about women who are ingesting high levels of caffeine on a daily basis, because it is associated with stress and poor sleep quality, both things that might negatively affect fetal development. It also leads her to ask whether the coffee or tea consumed by a pregnant person could be replaced with beverages that have positive nutritional value that will help them through their pregnancy.

This study does add to existing literature on caffeine consumption and pregnancy, says Stadler. “I know that it’s going to create a lot of talk and contemplation,” she says. Researchers need to keep looking at the relationships between caffeine and negative outcomes in pregnancy, but when counseling individuals, she says, it’s important not to misrepresent the risks.