The easiest way to kick your caffeine habit

How to deal with everything from sluggishness to constipation 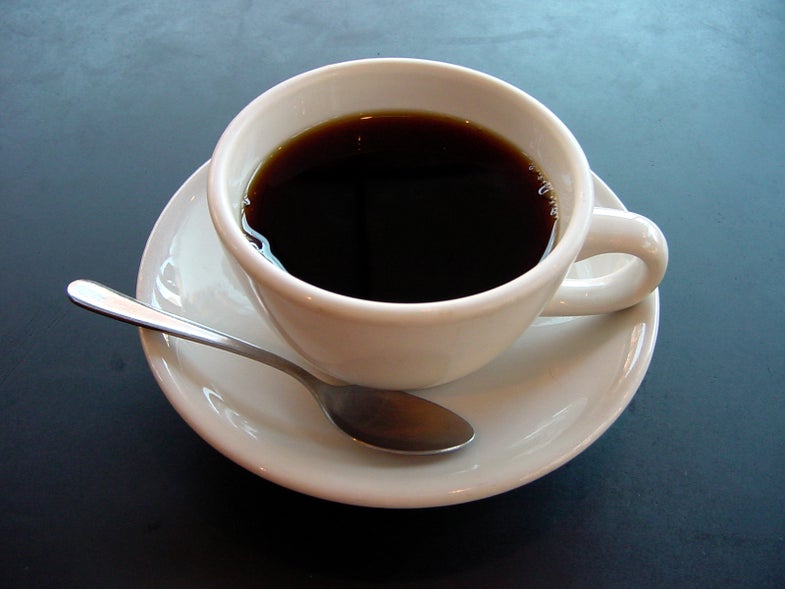 I’ve had migraines since I was a young kid, but about a year ago I had one that lasted for 10 days straight. When it finally passed, I knew a drastic change in lifestyle was in order. While preventative and acute medications can certainly stave off frequent migraine attacks, I wanted to start with something (perhaps) less drastic: Cutting out all caffeine from my diet. Some studies have shown that eliminating this stimulant can reduce the severity and frequency of debilitating headaches, and I wanted to give it a shot.

But there are a multitude of other justifications for removing the drug from your daily routine: Better sleep, reduced anxiety, or even just lowering your tolerance so that when you actually do need a pick-me-up, coffee gives you more of a boost. Whatever your reasoning might be, here’s a how-to guide on kicking your caffeine habit and establishing a healthy relationship with the drug.

Caffeine sneaks its way into an insane number of beverages, foods, and medications. So while you would definitely expect a latte, a cup of coffee, or a brewed tea to contain caffeine, you might not realize that a can of diet cola packs the same caffeine punch as a shot of espresso—or that a “5 hour energy” shot gives you twice that.

So if you want to eliminate the drug from your diet, Leslie Bonci, a registered dietician and sports nutritionist, says the first thing you need to do is figure out how many milligrams of caffeine you actually consume in a day. Make a list of all the foods, beverages, and medications you typically ingest, and add up the total amount of caffeine they contain. Here are two good charts to help you out. Once you’ve figured out how much caffeine you are consuming—and where it’s coming from—you can start to eliminate it from your diet.

This is key, says Bonci. “People often forget that caffeine is a drug. So when you take it out of your body, you are going to feel withdrawal symptoms.” These symptoms can include headaches, nausea, nervousness (which is also one of the effects of caffeine itself), constipation, as well as a general tired and sluggish feeling.

To mitigate these effects, Bonci recommends slowly decreasing the number of milligrams you consume in a day. That’s where your caffeine numbers come in. While there’s no exact science to it, Bonci recommends reducing your coffee consumption by a cup a week. So, for example, if you are drinking four cups of coffee a day—about 400 milligrams of caffeine in total—then the first week, try lowering that to three cups. Then try two cups the second week, and finally one cup the third. If not all of your caffeine comes from coffee, then try reducing your daily consumption by 100 milligrams each week.

Say you consume only two cups a day, or perhaps even less? The severity of your withdrawal—and the length of time it will take to eliminate your need for caffeine entirely—should be reduced. But even caffeine lightweights should do their best to taper things off gradually, or they’ll end up feeling crummy. So if you’re trying to turn a single cup of coffee each morning into a caffeine-free lifestyle, consider giving half-caff a try for a week or two first.

Dealing with the withdrawal

Some withdrawal symptoms are easier to handle than others, but Bonci reminds all her clients that every symptom will pass eventually. And there are tricks you can use to minimize them in the meantime.

For people who have come to rely on caffeine as a gut stimulator (let’s face it, a lot of us have), constipation might crop up in its absence. In Bonci’s experience, this tends to pass in just a day or two. The rest of the symptoms, like headaches and sluggishness, tend to peak the first day you start reducing your caffeine intake, and will get significantly better as the days and weeks go on.

There’s no question: this is going to be rough road. And symptoms vary from person to person, says Bonci. During my first week without caffeine, in addition to some pretty frustrating headaches and fogginess, I had a recurring dream in which I went to my favorite espresso bar and drank the best latte macchiato of my life. It was amazing, and then I woke up.

Bonci recommends a few other tips: exercise and low-caffeine alternatives. “Exercise itself is a stimulant, particularly because you are energizing your body by being physically active and not sitting at a desk.” Plus, she says, the endorphins released when you do intensive physical activity can give you at least a small feeling of euphoria, which in turn provides better blood flow and more focus. “That’s precisely the same kind of thing that caffeine does, except it does it for a shorter period of time,” says Bonci.

Low-caffeine alternatives were crucial for me—and tea was my go-to. Because a cup of black tea contains half the caffeine of a cup of coffee, if I felt the sluggish, headachy feeling coming on, I would drink a cup of that instead. That way I was reducing the total amount of caffeine I took in, but I was still getting that extra bit that I needed to get through the day. According to Bonci, there’s also something to be said for just having a hot cup of anything. She recommends alternating the types of beverages you consume to figure out what you like, but always remember to count any caffeine.

It takes about three to four weeks to get your caffeine intake down to a level where you can either completely eliminate it and feel no effects or get yourself on a more routine schedule. Bonci says this is the point where you can make a choice: eliminate it altogether or drink it more moderately. “There are no studies that say caffeine is dreadful in any way, shape, or form,” Bonci says. So the choice is yours.

Personally, I’ve been able to drink it in moderation. However, Bonci says, us humans are creatures of habit. So whatever routine you want to get into, it’s best to stick with it.