Nothing about the combination of stimulants inside Monster and Red Bull is healthy, and some of it is actively harmful. 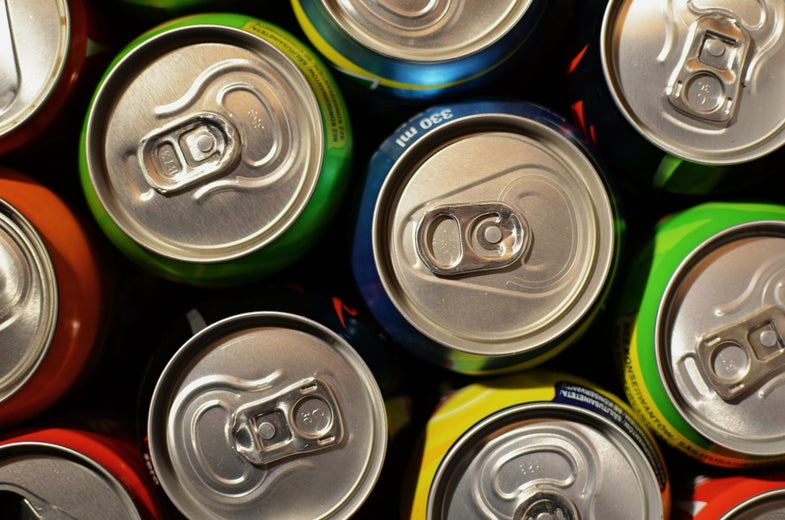 Energy drinks aren’t technically a “food.” That’s not to trash them—it’s just a fact, and an important one at that.

The Food & Drug Administration regulates all products defined as food to ensure they’re safe for human consumption. Coffee drinks and soda, for instance, aren’t allowed to be too high in caffeine lest they cause heart problems. But energy drinks are classified as supplements, which means they’re unregulated—and manufacturers are free to shove as much caffeine inside a single can as they please. They can even mix caffeine with other stimulants in such a way that could cause cardiovascular or nervous system problems.

That’s why physicians have been trying to investigate what the health effects of these caffeinated cocktails might be. A new study showing that a single drink can diminish blood vessel function is making headlines, but similar findings have been accruing for years now. The latest results are being presented at the annual American Heart Association Meeting. Back in 2015, Mayo Clinic researchers presented a study at the AHA’s Scientific Sessions demonstrating that a single beverage raised the drinker’s blood pressure and cortisol levels (a measure of stress).

A lot of the concern about these drinks comes from their high concentrations of stimulants. It’s entirely possible to overdose on caffeine alone (though it takes 5 to 10 grams of the stuff, which would be more coffee than your stomach could hold), and in combination with guarana, another stimulant, smaller amounts might have drastic effects.

But it probably mostly comes down to the basics. The World Health Organization published a meta-analysis of energy drink studies that noted “the health risks associated with energy drink consumption are primarily related to their caffeine content.” Overdosing on caffeine doesn’t necessarily result in death, but it can cause heart palpitations, nausea, vomiting, convulsions, metabolic acidosis, and hypertension. And it can kill you. The WHO study also reports that adults who consume energy drinks may be increasing their risk of hypertension and type 2 diabetes (caffeine reduces insulin sensitivity).

You may now be wondering why we don’t see all of these risks associated with coffee consumption. Depending on the type, coffee drinks can absolutely have as much caffeine as certain energy drinks, though some energy drinks contain multiple times the caffeine as a cup of joe. (For context, an 8-oz cup of coffee contains 100 mg of caffeine, a can of Monster contains 92, and Red Bull and Rockstar are both in the 80s. But a Monster X-presso contains 221 mg, according to Consumer Reports, and a Rockstar Energy Shot contains 229. Redline Energy clocks in at 316 mg of caffeine in a single bottle.) The problem, the WHO notes, has more to do with the speed at which you down the beverage: “Although some types of coffee can have caffeine levels comparable to energy drinks, coffee is typically consumed hot and consequently more slowly.” You’re probably not chugging your morning coffee, even if it’s an iced latte, but you may very well down an entire can of a chilled energy drink in a few minutes. That sudden spike of caffeine could trigger a heart attack, even if the total dosage is the same as a powerful cup of cold brew. (Of course, if you’re habitually chugging cold brew or drinking multiple double-shot drinks every morning, the same risks are absolutely involved.)

Here in the U.S., we don’t track adverse events specifically related to energy drinks—they’re all just lumped under caffeine-related events. But some countries do. Germany’s tracking system indicates that since 2002, energy drinks have caused “liver damage, kidney failure, respiratory disorders, agitation, seizures, psychotic conditions, rhabdomyolysis, tachycardia, cardiac dysrhythmias, hypertension, heart failure, and death.” Ireland and New Zealand have also each found around 15-20 serious complications from energy drink consumption over a period of about four to six years apiece (Ireland from 1999-2005, New Zealand from 2005-2009).

It’s for these reasons that several countries have tried eliminating energy drinks altogether. France even managed to ban them briefly, but companies petitioned the European Commission, arguing that there was no proof that their drinks were actively unsafe. The ban got revoked shortly after. Some German states did successfully ban Red Bull Cola after a 2008 study found small amounts of cocaine in the drink. Red Bull claimed that all active cocaine was removed from the coca plant used in their beverages, but the German bans stood. Australia, Denmark, Uruguay, and Turkey all have some form of a ban on high-caffeine beverages.

But in countries like the U.S., energy drinks are sold all over the place and are actively marketed to children and teens. A 2011 review of the health effects in the journal Pediatrics noted that young people may be particularly susceptible since safe consumption levels haven’t been established and they may have undiscovered cardiac or metabolic issues that energy drinks can exacerbate—not to mention the fact that they contain tons of sugar.

Despite the WHO’s recommendation that caffeine content be limited per beverage, energy drinks in the U.S. are still totally unregulated and will remain that way unless they get reclassified as a food. In the meantime, you should probably stop drinking them. They may not be dangerous in small quantities, but nothing about them is healthy. Switch to coffee or tea, both of which will perk you up in the morning and will be much harder to overdo it with. Or you could just go ahead and work on kicking your caffeine habit for good.

This post has been updated to include more information on the caffeine levels in different energy drinks.