This protein makes your heart fit without actually exercising it 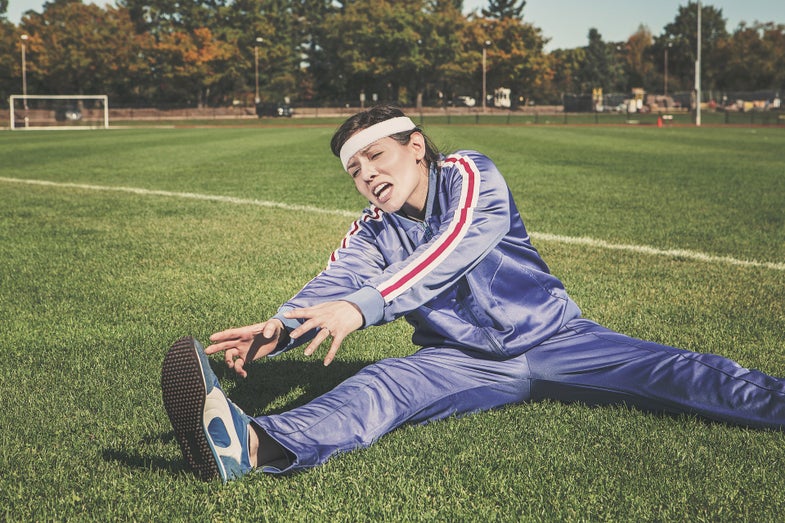 It’s no secret that exercise makes your heart bigger in a healthy way, helping it to pump blood more efficiently and lessening the potential for heart failure. Figuring out a way to mimic the way exercise manages to do this could be an extremely beneficial way to treat certain types of heart conditions. A study out this week shows how a protein called cardiotrophin 1 might in fact do this: have the same positive effects on the heart, minus the actual exersise part.

“So, from a basic science perspective it looks like cardiotrophin, by itself, with nothing else, will stimulate that beneficial growth of the heart,” says Lynn Megeney, senior author of the study and a senior scientist at The Ottawa Hospital and professor at the University of Ottawa. “It’ll make [each] heart muscle cell, and consequently the entire heart, look like and behave like it’s exercised. It’ll gain those beneficial changes, which you normally attribute to exercise programs, just with the protein alone.”

This could seriously come in handy for people who suffer from right heart failure. This varies from congestive, or left, heart failure, in that left heart failure has several drug interventions that can slow the process down. These conventional processes don’t offer much help to people with right heart failure, says Megeney, and oftentimes the only solution for these patients is a transplant.

Interest into the positive effects of cardiotrophin go back several years when researchers initially identified several proteins found in cells that could make a heart muscle grow in a beneficial way. The researchers thought that since cardiotrophin causes the heart to appear exercised when no work out has taken place, perhaps it could be a good way to benefit those with right heart failure. After witnessing the positive effects of cardiotrophin in cell tissue cultures, Megeney and his colleagues moved on to testing the protein in mice and rats. Turns out, in those models, cardiotrophin is very effective at limiting the progression of right heart failure in mice and rats with the condition.

“The biology of a heart in a rat is actually more similar to a human than it is to a mouse, so that kind of propelled us forward to start testing these particular proteins in a rat model,” he says.

Cardiotrophin works by activating a series of proteins that under other circumstances would actually kill the cell, inducing something called programmed cell death or apoptosis, says Megeney. However, timing is key, in this case. Cardiotrophin turns certain proteins and cell pathways on. If they stay on too long, they would lead to major problems like programmed cell death. But cardiotrophin only allows them to stay on long enough to activate other cellular pathways (almost like a domino effect). These pathways are the ones that benefit the heart. Luckily, cardiotrophin activates yet another pathway that shuts off the damaging pathways before they start causing problems.

“It flips these two switches on simultaneously, one to start to remodel and make those beneficial changes, but quickly shuts it off before it can remain on and cause problems,” he says.

Megeney and his team plan to get a clinical trial in right heart failure patients rolling in the next three years, while simultaneously investigating other factors or drugs that work in a similar way as cardiotrophin. “We’re trying to move forward as fast as we can with what we have in our hands now,” says Megeney. “Which is the protein itself, as well as [the ability to] find other drugs that can do the job just as well or better.”