Does Coffee Give You A Different Buzz Than Tea? 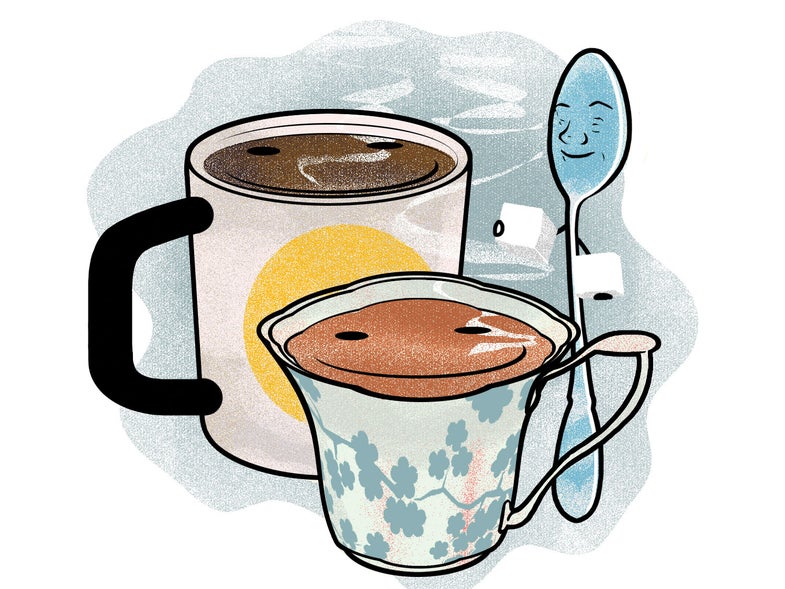 Eighty-nine percent of American adults regularly consume caffeine, according to the Centers for Disease Control and Prevention. Two-thirds get it from coffee, one-sixth from tea, and the rest from soft drinks. People tend to assume caffeine is the only stimulant in these beverages, but tea, and even hot cocoa, contain other compounds thought to have psychoactive effects. And their levels of stimulation vary.

Caffeine is still the most intense stimulant. “It blows the others out of the water,” says Crystal Haskell-Ramsay, a nutritional psychologist at Northumbria University in England. But caffeine doesn’t act alone.

Tea, for example, contains the amino acid theanine. In 2008, Haskell-Ramsay showed that subjects who took large doses of caffeine and theanine together felt more alert than if they had taken them separately. The subjects also had better reaction time and working memory. A follow-up using smaller doses, comparable to the amount in a cup of tea, found the opposite: Theanine killed the caffeine buzz. “I think it’s dose-specific,” Haskell-Ramsay says.

Still, not everyone feels the same energy jolt from a given beverage. “There are genetic differences in how people respond,” Haskell-Ramsay says. She, for one, avoids coffee. “It’s too stimulatory for me,” she says. That is, unless she’s desperate. “I was at a conference once, and the tea was terrible. By day four or five, I was so caffeine-deprived, I finally bit the bullet and ordered a cappuccino.”