Chocolate is not a super food

It’s time to appreciate our candy for what it is, not what we want it to be. 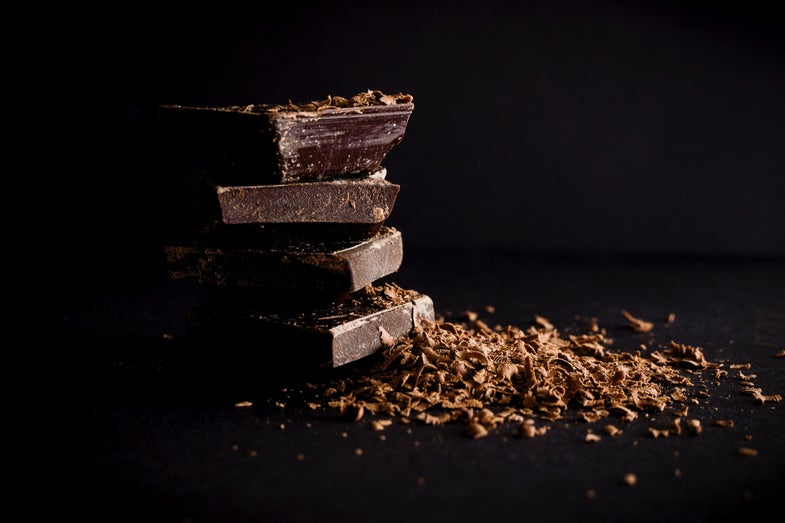 Listen: we all want to believe that we make good choices. It doesn’t matter if I douse my lettuce in fatty salad dressing, it’s still good for me. Yes, there is an awful lot of sugary granola in my yogurt but hey, it’s Greek yogurt. And maybe I do eat a lot of chocolate, but so what? It’s good for my heart!

Here’s the problem: even if chocolate is good for your heart health, it’s not that good. But the standard media hoopla over every single study that finds anything remotely positive about chocolate makes us feel like it could be. “Chocolate lowers your risk of a heart irregularity” is just the latest in a long string of chocolate-y headlines. “Chocolate lowers your risk of insert heart problem here” will always get clicks, because we want to believe it.

And to be fair, there are some compounds in chocolate that could help your cardiovascular system. Namely, it contains flavanols, which do improve your heart health. They can lower your blood pressure and regulate clotting. There’s little doubt about their merits. So if you’re eating squares of dark chocolate, which has the most flavanols compared to more milky varieties, you’re definitely consuming some helpful compounds. The question is: how helpful?

This latest study on chocolate and atrial fibrillation seems definitive at first glance. It examined over 55,000 patients. It was published in Heart, part of the prestigious British Medical Journal group. Most of the resulting media coverage emphasizes what a massive study this was and picks out the key statistics listed in the results section—just one serving gave people a 17 percent lower risk!

But the more helpful section to cite would have been the conclusion, which reads: “Accumulating evidence indicates that moderate chocolate intake may be inversely associated with [atrial fibrillation] risk, although residual confounding cannot be ruled out.” In plain language: there may be some connection, but the risk reduction we’re seeing could be due to some other factor and not be related to chocolate consumption at all.

The change in risk could be due to something else entirely. Like, say, the fact that chocolate consumers in the study were better educated and had lower rates of high blood pressure and diabetes than the chocolate abstainers.

Even if those confounding factors didn’t exist, it’s not like these findings are rock solid. A big chunk of them aren’t even statistically significant. To understand why, you have to know about something called hazard ratios.

These authors looked at eight groups of men and women who ate varying amounts of chocolate. Half of those groups had confidence intervals that crossed 1. Which means half of those groups could very well have no decreased risk at all, or possibly even a small increased risk. We can’t say for sure.

Add to that the fact that European chocolate usually has a higher cocoa content than American chocolate, which means more flavanols. And the fact that this study looked at a Danish data set, which is a very homogeneous population that may not be generalizable in more diverse countries. And the fact that you can get flavanols from other foods, like fruits and vegetables and tea, which tend to not contain the large volumes of sugar that many chocolate bars do. We know eating a balanced diet with plenty of fiber and getting enough exercise will significantly reduce your likelihood of having a whole slew of heart problems. Maybe you should just do those things instead of making up reasons to feel good about eating chocolate. But you already knew that. You just want to believe in the powers of a chocolate bar. Heck, we all do.

So listen: go ahead and indulge. Experience the sugar and the cocoa butter and everything that makes chocolate great. It will probably do your mental health some good. Just know that it’s an indulgent choice, not one made in the best interest of your heart health—and enjoy.