Don’t hate on deep-sea critters. They’ve got to be weird to survive. 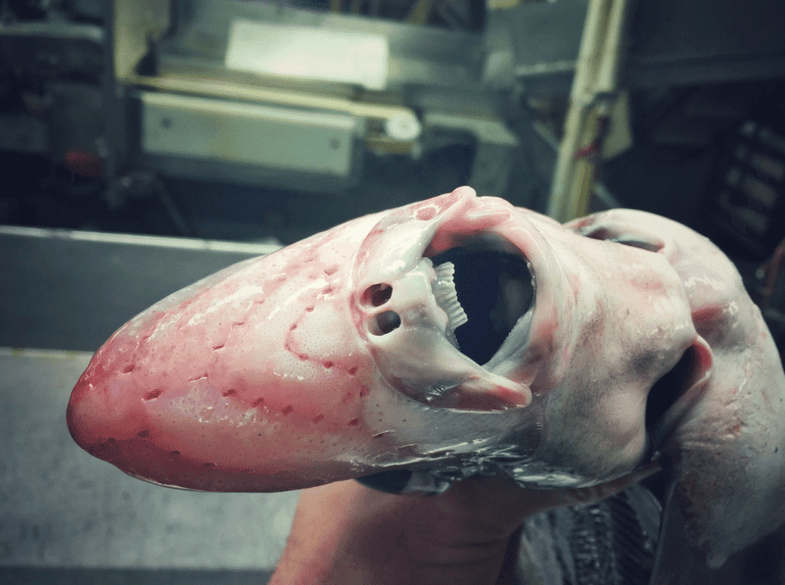 You can count on the deep ocean to spawn surreal creatures that, depending on your point of view, look very beautiful or very unnerving.

A deep-sea fisherman in Murmansk, Russia, has taken to sharing some of his most striking catches on Twitter. The animals featured in Roman Fedortsov’s pictures have recently inspired comparisons to the movie Alien and Jim Henson’s fantastical creations.

But don’t take these fish at face value. Some of them may actually be a bit deformed in the pictures because their swim bladders—the gas-filled organ that helps them move up and down through the water—expanded at surface pressure, distending their bellies. “Fishes with swim bladders become distorted when brought up to the surface if they live at depth, and that certainly appears to be the case here,” Paul Snelgrove, a marine biologist at Memorial University of Newfoundland in Canada, told Popular Science in an email.

Other stars of Fedortsov’s Twitter feed don’t use swim bladders to control their buoyancy, so they may have changed less as they were brought up from the ocean’s depths. Let’s face it, though—all of these guys are pretty weird looking, regardless of the state of their swim bladder.

But that’s because they’ve adapted to live under very different conditions than their surface-dwelling kin. The deep sea is cold and dark. The pressure is immense, and meals are hard to come by. Some of the very features that make deep-sea critters appear bizarre to us actually help them survive in this extreme environment.

Many have big eyes to capture every scrap of light. Others sport lean bodies that persist when food is scarce. Down on the seafloor, spindly legs and light frames help animals sit without sinking into the soft, muddy bottom, Snelgrove says.

Some of these adaptions can be seen in Fedortsov’s tweets. “To know the exact species is often difficult without having the specimen in hand,” Snelgrove says. But the bounty appears to include fish called grenadiers (or rattails), chimaeras (distant relatives of sharks), sea spiders, sea cucumbers, skates (which are related to rays), and basket stars.

Even to human eyes, these creatures are far more graceful in their own element. Here’s what creatures similar to those caught by Fedortsov look like in their natural habitats:

This pointy-nosed blue chimaera was filmed cruising through the waters around Hawaii and Central California in 2009. The video, recently released by the Monterey Bay Aquarium Research Institute in California, appears to be the first footage of this species, and evidence that it dwells in the Northern Hemisphere. Also called ghost sharks, chimaeras are notable for their sensory dots, which sense water movement, and the retractable sex organ found on males’ heads.

This rattail fish, or grenadier, glided over to visit the Canadian Scientific Submersible Facility’s ROPOS submersible off the coast of Washington State at a depth of about 7,500 feet. These fish are some of the most abundant residents of the deep ocean.

Even the humble sea cucumber becomes more impressive when seen drifting through its home waters. These sea cucumbers were spotted in the Cascadia Basin in the Northeast Pacific Ocean more than a mile and a half below the surface. Sea cucumbers belong to the same group as starfish and sea urchins, and can defend themselves from predators by shooting their toxic internal organs out their anus. The guts may grow back, but this is still definitely a power move.

Meet the sea spider. This one was filmed in Indonesian waters 2,300 feet deep. And just like land spiders, sea spiders are all around us—they’re lurking in every ocean. They’re not actually arachnids, though. Sea spiders belong to another group called pycnogonids, some of which can grow almost 3 feet across. Many sea spiders use a long proboscis to slurp up their food.