Why compete for a lady’s love when you can travel hundreds of miles and find a new one? 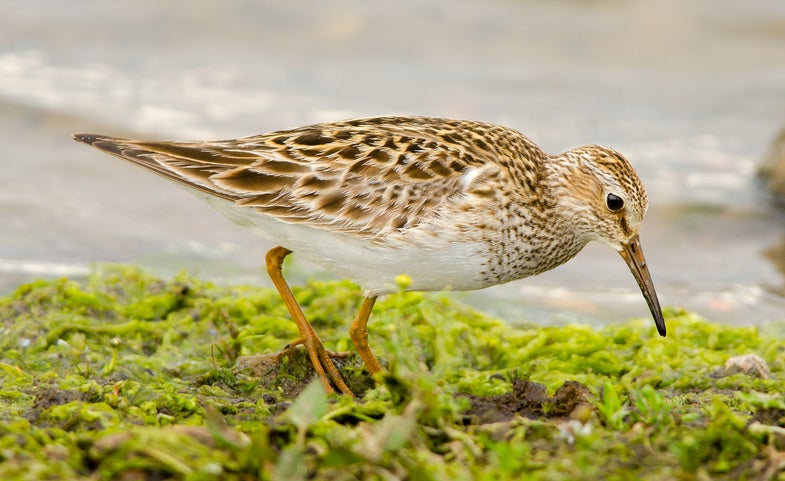 For a pectoral sandpiper, summer lovin’ means a sexual escapade around the Arctic circle. New research suggests that their risqué mating seasons—which generally include at least one snowy romp per night—require male birds to flit far and wide to find a wide variety of partners.

The lady sandpipers don’t take it personally. Pectoral sandpipers are polygynous—they mate with more than one partner—and males compete for sexual attention from the females. In most species, this fosters intense competition: only the most dominant males can actually mate, while the rest are left out in the not-so-dark Artic summer night. But pectoral sandpipers seem to have found an alternative to being sexually snubbed: they fly away before females even have the chance to turn them down.

In a paper published Monday in the journal *Nature *, two researchers from the Max Planck Institute for Ornithology found that most male pectoral sandpipers frequently travel abroad to find new mates. And it’s not because they failed at mating—that’s just what they do. Some birds went to 24 different sites during a single summer breeding season, traveling an average of 3,021 kilometers. That’s a little more than the distance between New York City and Denver, Colorado.

The study covered two short summer breeding seasons in Barrow, Alaska and found that at least 50 of the 60 birds left home each year. About 40 of those travelers made it out of Alaska, venturing into Canada and Russia. That’s not very far compared to their migration—they come up from South America each year—but it’s a long way to go just to mate. These individual birds pretty much covered the entire breeding area of their species.

All that travel actually helps pectoral sandpipers stay together, genetically speaking. Species that only breed within a small area (or with only one mate) often start to form subspecies. As populations become isolated and only breed within those closed-off groups, they develop unique genetic quirks and adaptations. Over time, groups will become genetically distinct from one another, forming subspecies (or even entirely new species). But the jet-setting ways of the male sandpiper ensure lots of inter-breeding, which makes it difficult for any one group to diverge from the rest.

So when you think about it, male pectoral sandpipers are just trying to keep the family together. Who says sexual nomads can’t be sentimental?