#DoesItFart is the burning science question you never knew you had 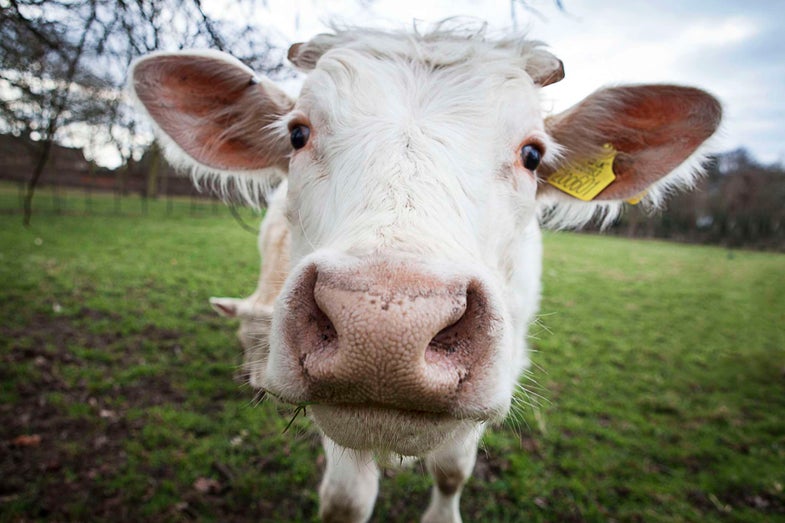 This is the face of an animal who knows she's polluting the world's air with her fart (or is she?). Flickr user Chris Marchant
SHARE

Everyone poops, but not everyone farts. Or at least, not everything farts. You probably didn’t know that soft-shell clams do not fart (though they do puke), but that hedgehogs do. Thanks to the science-side of Twitter, all of this knowledge is now at your fingertips.

On Sunday afternoon, conservation researcher Dani Rabaiotti was troubled by a question: do snakes fart? When she didn’t know the answer, she took to Twitter to ask biologist David Steen at Auburn University:

.@AlongsideWild this is why #DoesItFart needs to be a thing

And thus began a quest to catalogue all of the farts of the animal kingdom in a growing Google Spreadsheet. Scientists from all over the web (and all over the world) are pitching in through #DoesItFart, and boy are the results amazing. One them even cited a 2009 PopSci article entitled Is it true that bird’s can’t fart? The answer is yes, it is true: birds cannot fart. But they might be able to burp, so they’ve got that going for them.

Multiple researchers have now confirmed that bobcats and gray foxes fart. And that badgers produce some of the worst scat in the animal kingdom—so vile farts are assumed, but not confirmed.

Can confirm that bobcats, gray foxes fart. As badger scat is the most dusgusting thing I've encountered, I assume they fart too. #DoesItFart https://t.co/8I3BJNpl5P/

As is so often the case in science, more data is needed.

There’s also some debate as to what even constitutes a fart. Squids, octopuses, and cuttlefish are (at the time of publication) classified as confirmed fart-ers, but only “if we count air coming out of the siphon as farting.”

Atlantic herring fart to communicate with each other, and millipedes fart methane and hydrogen sulfide. These two are even confirmed by scientific studies.

On the unconfirmed-but-anecdotal-evidence-exists side, we know that salamanders and frogs might fart, but have weak sphincters and so probably don’t fart audibly. Baboons fart, and apparently females who are swelling (their butts swell and redden to indicate fertility) produce the worst toots. Chimpanzee farts are made worse by figs, cynometra seeds, and fiber. They are “so loud and frequent we locate them in [the] forest occasionally by following the farts.” As for bats, “the bigger they are, the harder they fart.”

We can only hope that someday there’s a verified list of animal fart-ers and non-fart-ers. Marine biologist Jeff Clements at the University of Prince Edward Island is already on board:

Even though he claims it was a joke…

My last tweet was a joke, but you could totally write a paper arguing for more basic research on species' natural history using #DoesItFart

So I’d like to officially start the campaign. The British Medical Journal does a silly Christmas issue every year where they publish scientifically vetted and yet hilarious studies. Why not a fart issue? PLOS One already published that millipede farting study—they just have to take it one step farther. Just picture it: The Fart Issue, brought to you annually on January 6, National Bean Day.