Add graphene to get detectors that can measure breathing, blood pressure—and spider footsteps 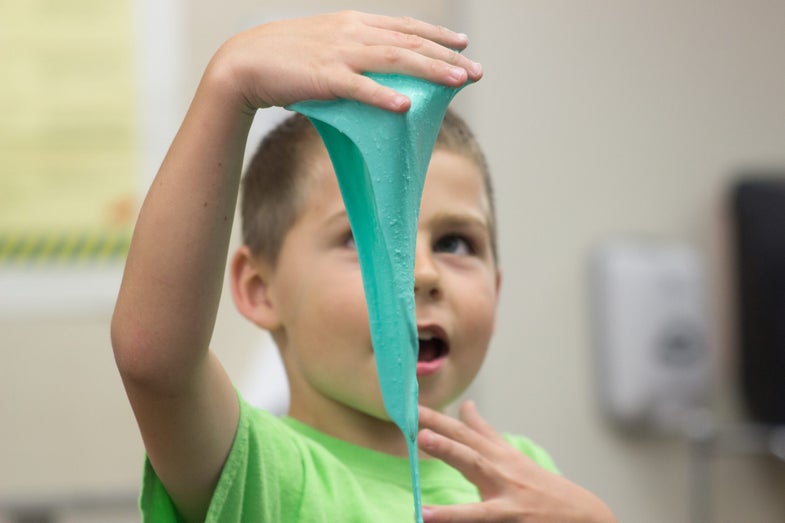 It’s easy to dismiss Silly Putty as a kid’s toy. But the stretchy material actually exhibits some surprising properties: It’s one of the softest plastics around, and it can behave like both a liquid and a solid, oozing when gently stretched but bouncing off surfaces like a rubber ball when hurled. And when you mix Silly Putty with graphene—strong, conductive carbon sheets with unusual physical properties—it becomes an incredibly sensitive strain detector that can track blood pressure, heart rate, and even a spider’s footsteps.

In Jonathan Coleman’s research group at Trinity College Dublin, the scientist and his team study two-dimensional molecules such as graphene and find applications for these flat nanomaterials. In addition, Coleman says, his lab likes to do “kitchen physics,” a tradition where they incorporate household objects into their research to make it more fun and accessible.

That graduate student, Connor Boland—who has since earned his doctorate—made a batch of graphene in water and added the Silly Putty polymer. As he mixed them, the graphene sheets stuck to the polymer, creating a black goo the researchers dubbed “g-putty.”

When they ran an electrical current through the g-putty—graphene-infused polymers can conduct electricity—they discovered an extraordinary sensitivity. “If you touch it even with the slightest pressure or deformation, the electrical resistance will change significantly,” Coleman says. “Even if you stretch or compress the Silly Putty by one percent of its normal size, the electrical resistance will change by a factor of five. And that’s a huge change.”

That change makes g-putty about 500 times more sensitive than other deformation-detecting materials, which would respond to a similar compression with a mere one-percent change in electrical resistance. The results were published in the journal Science.

This type of material could be used in the electromechanical sensors that measure vibrations. Specifically, the soft putty is a perfect candidate for measuring bodily motion. A squishy, unobtrusive sensor could track a baby’s breathing, for example, without irritating or disturbing the child. Placed over a pulse point, a similar sensor could measure not only heart rate, Coleman claims, but blood pressure as well.

Changes in blood pressure often precede negative changes to a patient’s status. So, Coleman says, “If you could continuously measure blood pressure, you would have a fantastic way of measuring the wellness of someone. This sensor can do that, and it can do it cheaply.” He envisions a wristband that could hold a g-putty sensor against someone’s wrist and send an alert to a smartphone app when it sensed a significant rise or fall in blood pressure.

In addition to measuring breathing, heart rate, and pulse, g-putty can act as an impact sensor. To demonstrate its sensitivity, Boland coaxed a spider to walk across the putty and measured its miniscule footfalls. This was harder than it sounds.

“The real problem was that when a spider would put one foot onto the putty, it didn’t like the feel of it at all, so it would run the other direction,” Coleman says. “It was very difficult to get a spider to stay on it long enough to generate the train of footsteps.” The moral of the experiment? “Never work with children or animals.”