Warmer oceans are now linked to dangerous neurotoxins in shellfish 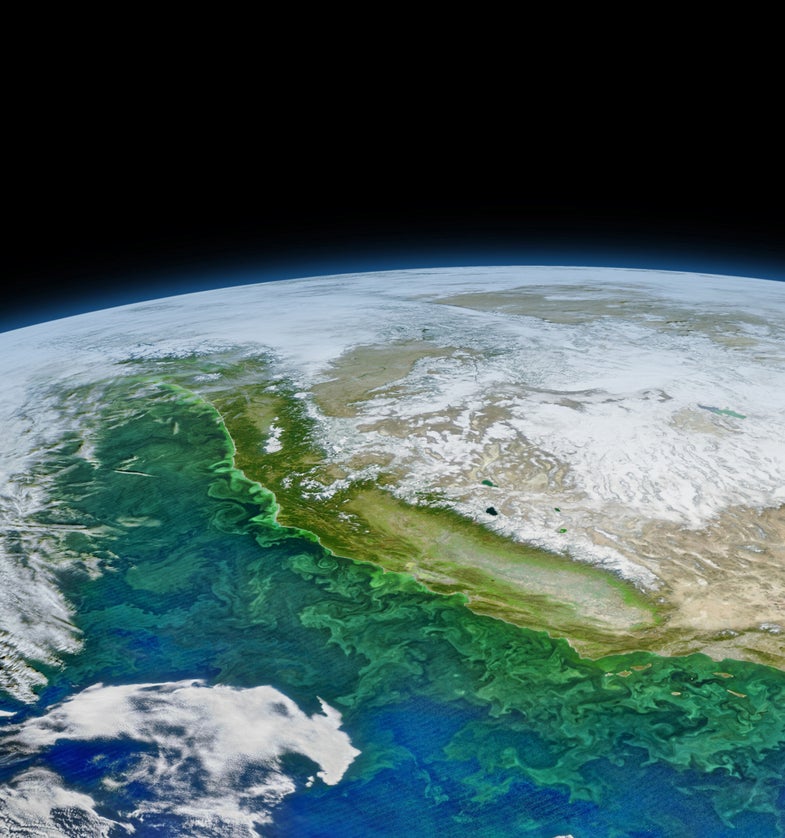 A mysterious, potentially deadly neurotoxin that poisons humans by way of shellfish has now been linked to warming ocean waters. The new findings could help fisheries predict spikes of this substance in their catches, allowing them to protect human consumers and mitigate their own financial losses. But one question remains unanswered: as climate change edges ocean temperatures higher and higher, will blooms of the dangerous neurotoxin follow suit?

Domoic acid is natural, but it ain’t pretty. It’s a substance produced by tiny algae called phytoplankton—but no one is quite sure why.

“The shellfish that eat these algae blooms don’t seem to be affected by the toxin,” Morgaine McKibben, a PhD student at the University of Oregon, tells PopSci. But while the algae’s direct predators are seemingly impervious to the substance, the animals that eat them can suffer terrible consequences: domoic acid mimics a neurotransmitter called glutamate, and does a better job of binding with the brain than the real thing. It essentially kicks the neurotransmitter out of place, causing symptoms like seizures and memory loss. Some research suggests the toxin is causing an Alzheimer’s-like illness in sea lions, and it’s been blamed for the mass deaths of everything from whales to seabirds. It’s killed humans, too.

“Why do these little bitty single-celled creatures in the ocean make a toxin that only works a couple levels up the food chain? It could be an accident. We don’t have a good answer yet,” McKibben says.

But while the evolutionary purpose behind this sinister trick of the food web is still a mystery, McKibben and her colleagues have started to answer another important question: how can we predict increases in domoic acid to keep the substance off of human dinner plates? In a study published Monday in the Proceedings of the National Academy of Sciences, McKibben presents over two decades worth of evidence that warmer oceans can trigger domoic acid production.

“We wanted to zoom way out and look at a particular coastline for 25 years to see if we could find any patterns,” McKibben explains. Using data from state-sponsored shellfish safety checks and fishery records from NOAA, the researchers were able to find links between cycles of weather that cause oceans to warm—like El Niño—and spikes in domoic acid in the tiny zooplankton eaten by shellfish and other marine animals. It was already assumed that warm weather fostered so-called algal blooms, where phytoplankton suddenly grow at much higher rates than usual, but now we have evidence that these weather phenomena directly result in dangerous neurotoxins in the human food supply.

“When we have these weather events on the West Coast, we’re more likely to have these toxins show up,” McKibben says. That may sound simple, but it’s the first time scientists have been able to hand fisheries a concrete indicator of risk. “It allows us to at least start being able to forecast this,” she says. “It’s a great tool. It’s going to help keep people safe.”

And safety isn’t the only concern: forecasting domoic acid could save a lot of money, too. In 2015, domoic acid cost the West Coast Dungeness crab fishery $100 million, according to the Fisheries of the U.S. Report.

For now, scientists can’t be sure that ocean temperature increases caused by global warming will contribute to this problem. Some researchers have voiced concerns that algal blooms will become more frequent in the future, which could mean that the phytoplankton therein will produce neurotoxins more frequently.

“There’s no question that we are seeing more harmful blooms in more places, that they are lasting longer, and we’re seeing new species in different areas,” Pat Glibert, a phytoplankton expert at the University of Maryland, told National Geographic last year. “These trends are real.”

Climate change could even make the natural, seasonal warming patterns studied by McKibben and her colleagues more common or severe, but the jury is still out on that connection.

“The short answer is that we don’t know,” McKibben says. “Only time will tell. We’re kind of conducting the biggest scientific experiment ever by watching our planet go through climate change. We don’t have the results of it yet. But they’re starting to come in.”

And to uncover the truth, she says, we need to continue investing in the kind of longterm monitoring that made the new study possible. Without 25 years worth of data from multiple sources, McKibben and her colleagues couldn’t have traced the patterns they detected.

“If we continue collecting data, we’ll continue answering questions and get better at forecasting,” she says. McKibben says she’s fascinated by the fact that her group used big data to uncover the nuances of some of the smallest organisms out there. But these single microscopic marine plants have a lot more to tell us.