Scientists gave some mice the drunchies 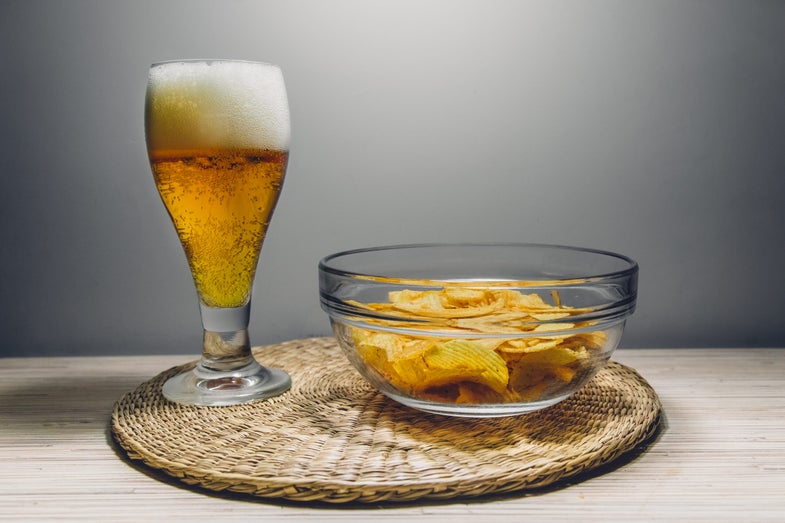 It’s Friday night (well, maybe Saturday morning) and you’re drunk. Like, really drunk. No shame, dude, it’s the weekend. But even though you pre-gamed on pizza and beer before starting your downward spiral of an evening (which, we might add, included about a thousand calories worth of alcohol), you find yourself craving food at 1 am. Like, a lot of food. All of the food.

What’s up with that inevitable late-night chicken nugget run? According to a study published Tuesday in Nature Communications, it’s possible that alcohol actually activates the brain cells that cue your body to chow down. The new research was done in mice, not humans, so for now the connection is purely speculative. But researchers are eager to confirm that the same mechanism exists in humans.

Researchers at the Francis Crick Institute in London subjected lab mice—both male and female, to check for any differences related to sex—to a three-day bender, injecting their stomachs with the equivalent of a couple bottles of wine each day. They ate more than the sober control group did, especially on day two (maybe the hangover was starting to hit them by day three; the scientists didn’t ask).

Once they’d established that mice, like humans, overindulge while overindulging, the researchers investigated agouti-related protein (Agrp) neurons. They’re an integral part of the mouse brain’s feeding circuit: when they’re activated, a mouse is driven to eat, and when they’re deactivated a mouse stops eating. The researchers saw that alcohol inspired electrical activity in these neurons, at least in slices of mouse brain sitting in Petri dishes. And when they suppressed Agrp activity in mice, ethanol intake was no longer a significant factor in determining how much the rodents ate.

Further work is needed to show that the exact same thing happens in humans, but it’s pretty plausible: we have the same hunger-influencing Agrp circuitry that mice do. “I don’t doubt that Agrp neurons are activated in humans,” study author Sarah Cains told Scientific American, “and that’s why you see this effect.”

This isn’t the first time scientists have tried to tackle the dastardly drunchies (known in more elegant circles as the “apéritif effect”). One study found that drunk subjects—actual humans, this time—simply found food tastier across the board than their sober comrades did. It’s also possible that alcohol causes weird blood sugar fluctuations that leave you craving some less confusing calories. And we all know that a few drinks can lower quite a few of your inhibitions, which obviously makes you more likely to binge eat with abandon. Like all human behaviors, alcohol-induced binge eating is almost certainly the result of a whole mess of cultural influences and evolutionary accidents.