To block the rays damaging clothes or outdoor furniture 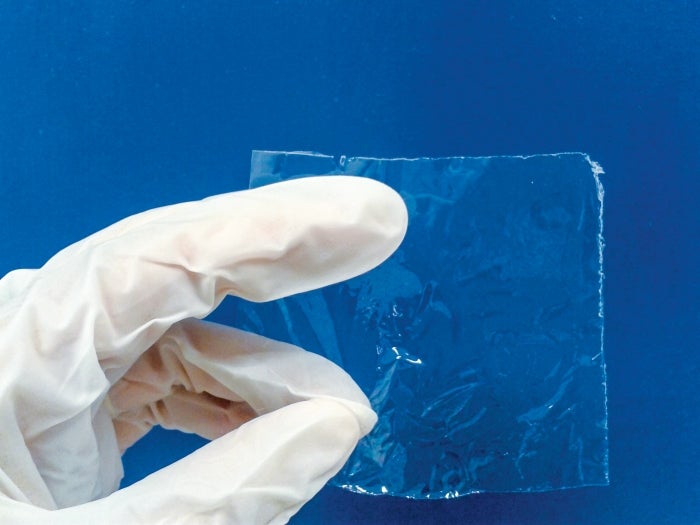 Researchers have used compounds found in algae and reef fish mucus to create a material that naturally blocks harmful UV rays, according to a paper published recently in ACS Applied Materials & Interfaces.

The sunscreen you buy at your local pharmacy contains ingredients to block two different types of light from the sun—UV-A, which has longer wavelengths and can cause cancer over time, and UV-B, with shorter wavelengths that cause sunburns. But there are concerns about some of the chemicals in commercial sunscreens, which may disrupt some of the body’s more delicate systems if they find their way inside.

But there’s a natural compound that blocks both types of UV rays, called mycosporines. Mycosporines absorb both types of light, and would be safe if ingested. Researchers have wanted to use mycosporines in sunblock for more than a decade, but they weren’t so easy to fix in place—when scientists put them in a liquid sunscreen for people to put on their skin, the mycosporines would smear and dribble away so that they were largely ineffective.

Now researchers have figured out how to fix mycosporines in place by putting them around a polymer scaffolding—for this experiment, they used chitosan, a material derived from shrimp and crab shells and found in a huge range of commercial products, but plenty of other polymers would work just as well, they note.

The material could absorb UV-B rays 192 percent more effectively than most commercial sunscreens, and the film was stable after 12 hours of sun exposure or temperatures up to 176 degrees Fahrenheit. These qualities make the material a good candidate for a range of applications on biological and nonbiological materials. Most immediately, the film could be used in clothes and outdoor furniture, both of which can be damaged by too much sun exposure.

Presumably the researchers would hope to reach the biggest possible market with a biocompatible sunscreen: human skin. Though the Food and Drug Administration (FDA) has been slow to approve new sunscreens in the past, Chemical and Engineering News notes, a sunscreen made from mycosporines might be easier to approve because its sun-blocking components are all found in nature.