This Is How Jurassic World’s Velociraptors Should Have Looked

Zhenyuanlong suni is the feathered raptor we've all been waiting for 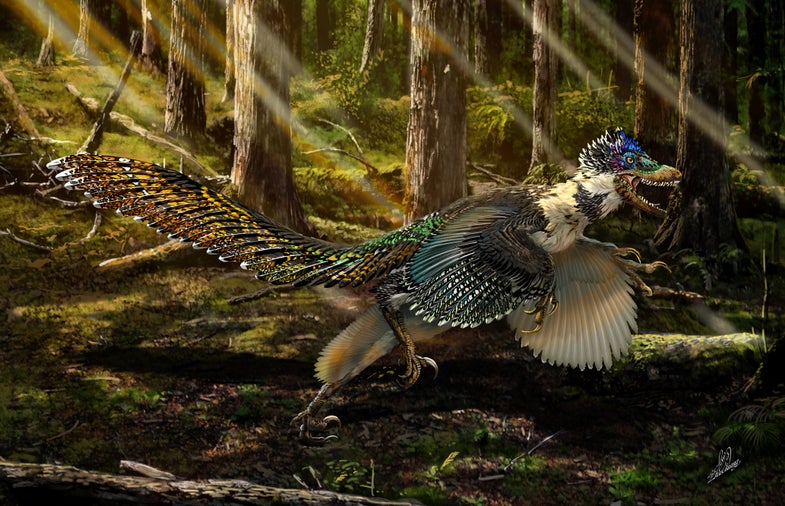 An artist's interpretation of the feathered dinosaur Zhenyuanlong suni. The true colors of the feathers remain unknown, but this color palate looks pretty amazing. University of Edinburgh
SHARE

Let’s all take a moment to think about velociraptors.

In the quintessential dinosaur movies of the Jurassic Park/World franchise, velociraptors were killing machines that looked something like this:

Unfortunately, not all paleontologists were happy with the aesthetic choice. See, for some time now, scientists have known that avian dinosaurs (those related to birds) likely had feathers and probably looked a little more like this:

Many dinosaurs, including velociraptors, definitely had feathers. And now, scientists have found a fossil that shows us what a fuzzy velociraptor would have looked like.

In a paper published this week in Scientific Reports, researchers announced the discovery of a dinosaur closely related to the velociraptor that definitely had feathers.

“This new dinosaur is one of the closest cousins of Velociraptor, but it looks just like a bird. It’s a dinosaur with huge wings made up of quill pen feathers, just like an eagle or a vulture. The movies have it wrong – this is what Velociraptor would have looked like too,” says Steve Brusette, co-author of the study.

The new dinosaur, named Zhenyuanlong suni would have been about 5 feet long, and lived 125 million years ago. It is the largest dinosaur with feathered, bird-like wings discovered so far. Given the size of the wings and the size of the dinosaur, it likely didn’t fly. The researchers speculate that the feathers on the wings and tail could have been used for display instead. 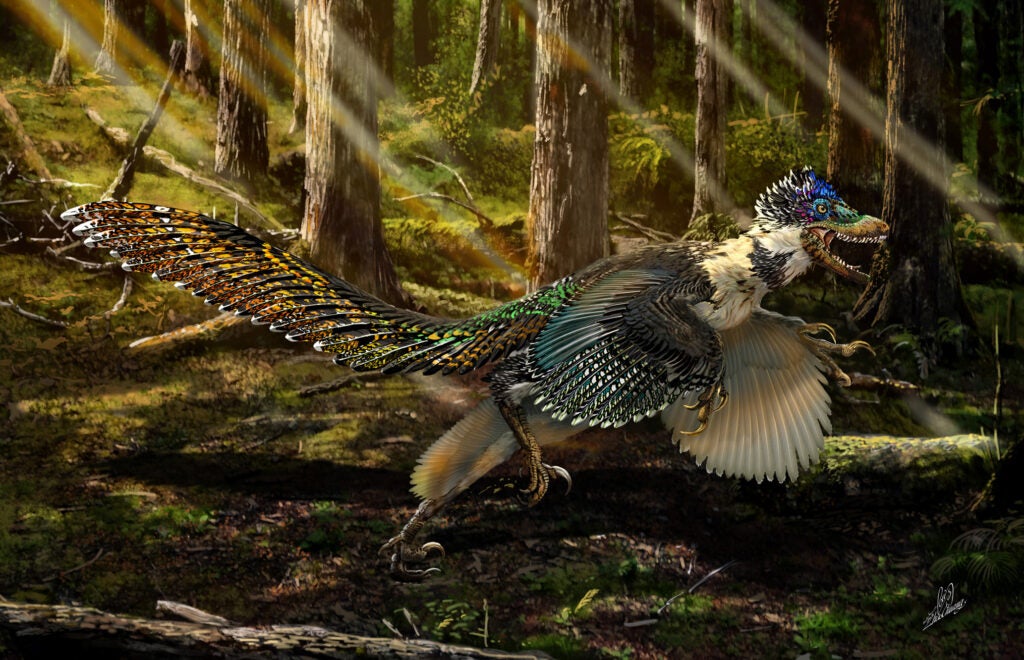 An artist’s interpretation of the feathered dinosaur Zhenyuanlong suni. The true colors of the feathers remain unknown, but this color palate looks pretty amazing. 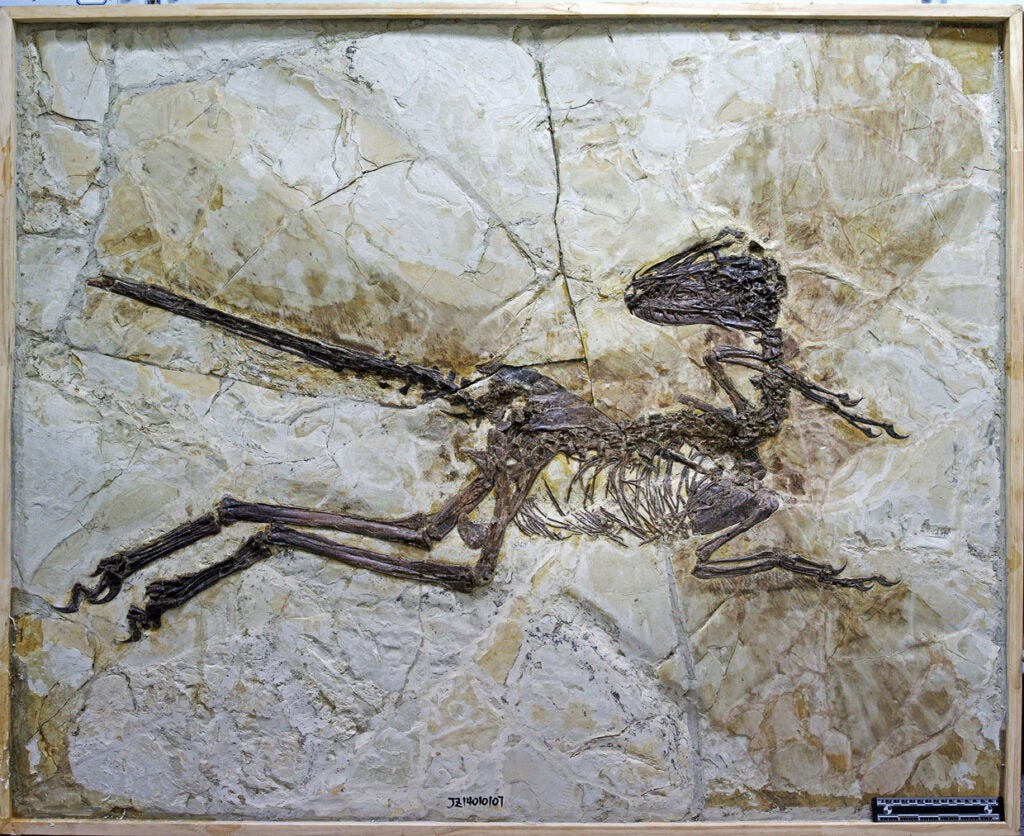 The fossil of the velociraptor cousin, found in China. 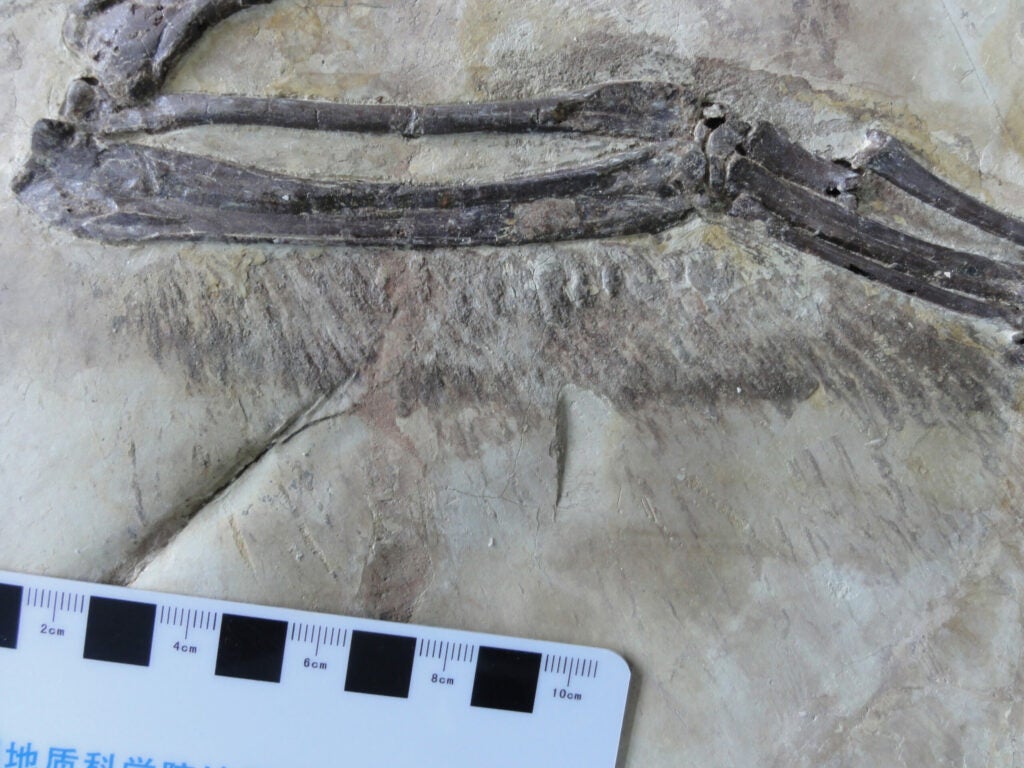