He who comes bearing gifts spends more time with the ladies, at least in the world of spiders. Aroused arachnids... 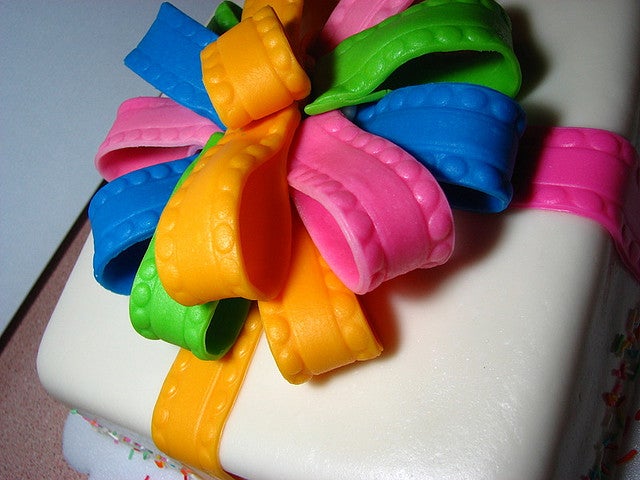 He who comes bearing gifts spends more time with the ladies, at least in the world of spiders. 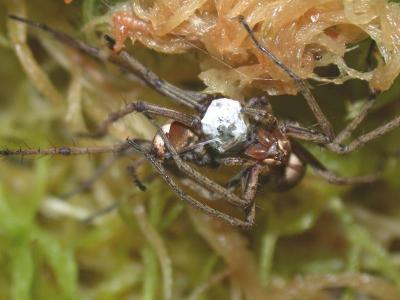 Aroused arachnids who remember to bring a “nuptial gift” — not just any gift, but an edible one, all nice and wrapped up in silk — get to mate longer with females. Literally, their copulation lasts 10 times longer.

Like many creatures, spiders engage in what’s called cryptic female choice, wherein females store sperm from several mates and choose which sperm will fertilize her eggs. Turtles, birds, insects and gastropods also do this. What’s less clear is the criteria females use when making their decisions; it can depend on environmental factors or physical traits. Very little is known about the impact of nuptial gifts, in which the male brings some token of appreciation. Maria J. Albo and Trine Bilde of Aarhus University and Gabriele Uhl from the University of Greifswald set out to study this.

Pisaura mirabilis, or the nursery web spider, is polyandrous, meaning females mate with lots of partners. They store sperm in organs called the spermatheca, and can dispense it when they have an egg sac ready to fertilize. And they use nuptial gifts.

Males don’t always bring nuptial gifts, but when they do, they bring a dead fly. They wrap it in silk and carry it to the female. The ones who do this are able to mate for 100 minutes on average, compared with 10 minutes for empty-handed males. Yes that’s right I wrote 100 minutes. While the male is doing his thing, the female spider enjoys snacking on the fly.

(In this video, the male spider ends up being killed after sex … which happens about 2 percent of the time.)

To study the point of this, Albo and colleagues paired up some spiders with flies they could catch as gifts, and kept others present-less. Then they introduced them to a female. The scientists interrupted the spiders who brought gifts (otherwise they would have kept going) so they could measure how much sperm each spider deposited in the same amount of time. “Individuals used in the experiments were virgins and used only once,” the authors say. Ultimately, they found the spiders who gave gifts not only mated longer, but deposited more sperm, and the eggs were 17 percent more likely to hatch. Longer copulation and extra sperm are two incentives for males to bring gifts.

This is only the most recent crazy-amazing fact scientists have learned while studying spider mating rituals. Spiders will undertake some awesome feats of strength and showmanship to impress potential partners. Look at this jumping spider. It is not scary, it’s awesome, watch it dance:

The spider-gift finding does not necessarily extend to other members of the animal kingdom, though.

The press release accompanying this paper actually states: “Whether or not there is scientific justification of any advantages in providing human females with gifts was not mentioned in the study!” (exclamation point theirs). So no. We can’t extrapolate, based on this study, that presenting a human female with gift in wrapping paper will lead to longer-lasting copulation.

But the spiders seem to know what they’re doing.

The study is published in the Proceedings of the Royal Society B, and you can read it here.