Australian Eagle Takes Down A Drone In A Split Second 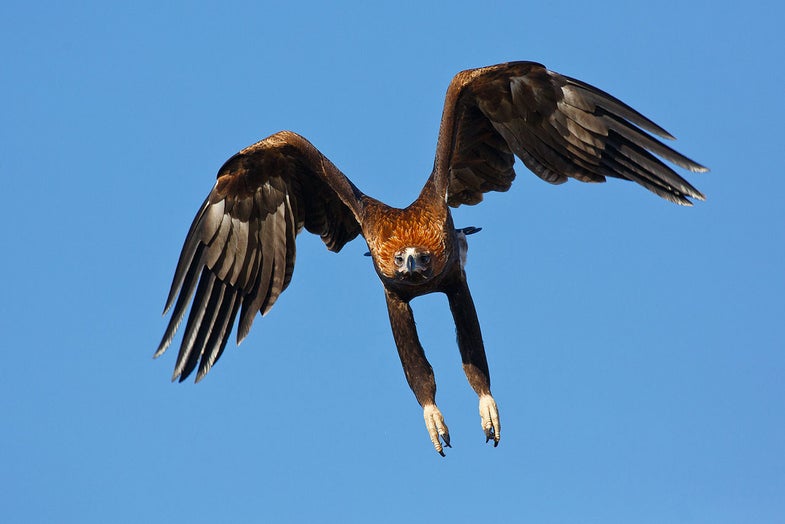 Nature abhors both vacuums and robots. The skies are already the domain of birds, who staked their claim millennia ago and have since perfected the skills and traits needed to maneuver through the air. Drones are newcomers to the air, and it turns out some birds don’t like these unmanned interlopers too much. Like this Australian wedge-tailed eagle:

Let’s slow that down for a second. Wedge-tailed eagles are highly territorial, and fly at altitudes of up to 6,000 feet. They’ve been known to attack helicopters and paragliders, so it’s no wonder that they’re eager to go claw-to-rotor with quadcopters. Let’s take a closer look at that attack:

This is hardly the first time birds have attacked drones in the wild. Last summer, the U.S. Forest Service banned drones from national parks, citing in part the dangers of drones disturbing nesting birds, and the risk to the birds themselves when they attack quadcopters. While it appears the eagle in this case is okay, drones could still hurt birds, and other avians can’t always count on apex predators to clear the skies of robots.