Hordes Of Spiders Are Raining Down On Australia Right Now 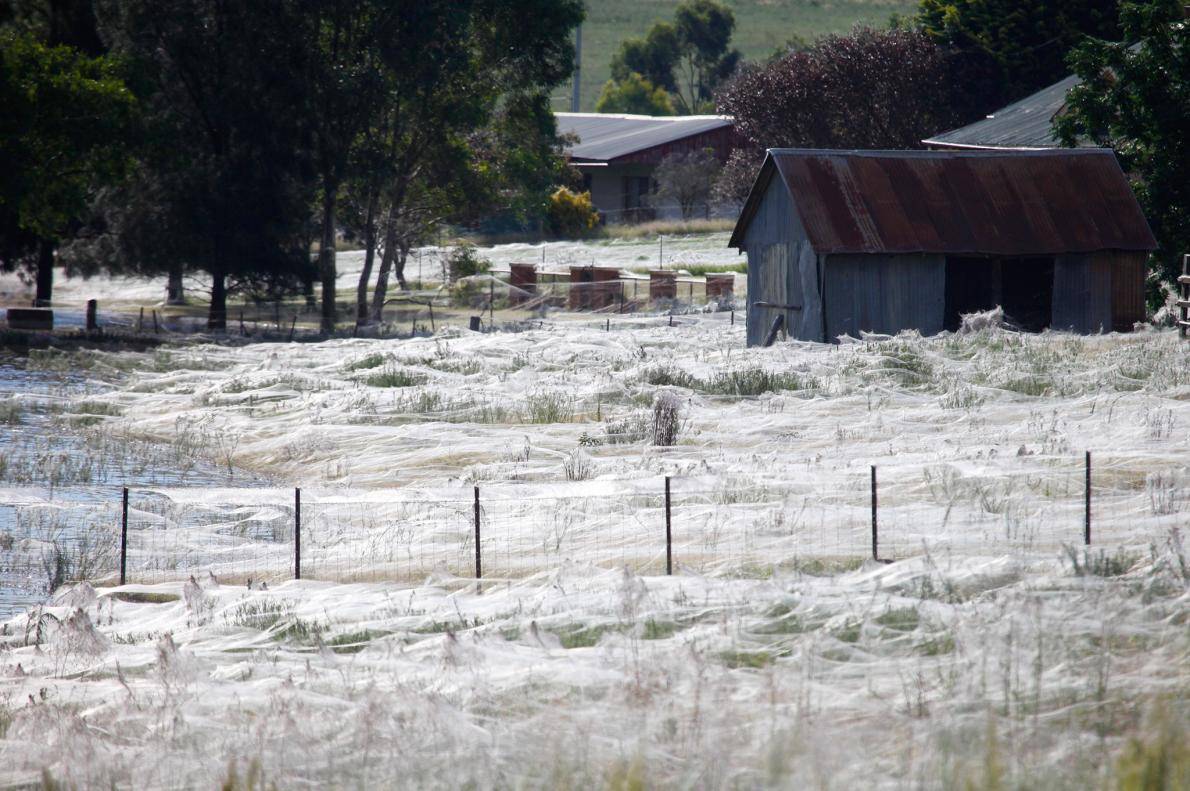 On windy but otherwise clear days between May and August, Australia’s skies occasionally get darkened by a cloud of spiders. That’s what’s happening right now in southern Australia, where millions of small spiders are falling from the sky and blanketing the countryside in “angel hair”. (Because spiders are apparently synonymous with angels in Australia, at least compared to all the other freaky animals they have to deal with down under.)

During these “ballooning” events, the spiders will climb up as high as they can and release thin strands of silk that catch in the wind. It’s a lot like that scene from Charlotte’s Web. Using their silky parachutes, they can traverse hundreds of miles and find new territory to colonize. In the video below, you can see them streaking through the sky of Flagstaff, Arizona in 2014.

National Geographic notes that it’s unclear what spurs these ballooning events, though it’s sometimes tied to heavy rainfall. Other spiders have been known to take to the trees to avoid drowning during floods. The flying spiders are a target for predators, which is probably one reason why the arachnids travel in such large groups. In nature, there’s safety in numbers.